It’s 2020 and the gaming industry continues to adapt. In the past, video games were manufactured physically and sold for use on consoles, which eventually led to a rivalry between three major gaming companies: Microsoft, Sony, and Nintendo. The competition between these tech giants to sell hardware and games accelerated innovation and growth within the industry, leading to improvements in graphics, design, mechanics, game engines, etc. However, with their new console –the Xbox Series X– releasing this year alongside Sony’s PlayStation 5, Microsoft claims their real adversaries are no longer Sony or Nintendo.

Cloud gaming is looked upon by many with doubtful eyes and regret. Too many times have gamers been burned in the past (and present, thanks to Google Stadia) with promises of high quality gaming on online servers. Despite this, Microsoft has been investing billions of dollars into their Azure platform, a top-end global cloud infrastructure. They’ve also used the Xbox Series X’s integration with xCloud software as a focal point for their marketing campaign. While speaking with Protocol, Xbox boss Phil Spencer said he no longer considers Sony and Nintendo competitors.

“When you talk about Nintendo and Sony, we have a ton of respect for them, but we see Amazon and Google as the main competitors going forward,” Spencer said. “That’s not to disrespect Nintendo and Sony, but the traditional gaming companies are somewhat out of position. I guess they could try to recreate Azure, but we’ve invested tens of billions of dollars in cloud over the years. I don’t want to be in a fight over format wars with those guys while Amazon and Google are focusing on how to get gaming to 7 billion people around the world. Ultimately, that’s the goal.”

In an interview with The Verge, Phil shines a light on xCloud, stating “There are two things we’ll talk about: console streaming and xCloud. xCloud is us putting Xbox motherboards, in an Azure data center, and allowing you to connect to those motherboards and play games on hardware that is ours. So if you don’t own an Xbox or your Xbox isn’t available, you can connect to xCloud and play those games. xCloud is us putting Xboxes in the cloud, and you’re accessing those through a phone, which is our first focus. That allows you to take the gaming experience wherever you are. That’s xCloud.”

He continues, explaining console streaming, “Now if you already own an Xbox One, you’ve already effectively bought the same hardware that we’re putting in the cloud. So we challenged ourselves and said, ‘Well, can we allow you to turn your Xbox into your own data center, your own xCloud.’ So then you can stream the games you own from the console that you already bought to your phone for free. So that’s what console streaming is. It is streaming from your console out of your home, the games that you own to your phone.”

Microsoft has repositioned itself within the gaming sphere to reach billions of players with accessible cloud gaming. The xCloud streaming service launching this year is only the beginning. Microsoft wants their games playable on any platform. The Play Anywhere program, where game purchases can be shared between Xbox One and PC is a good example, but they eventually want their games playable on all devices, including PlayStation and Nintendo consoles.

Microsoft is prepared to work with competitors that are willing to use Azure, like Sony, who partnered with them last year and are preparing to host services on Azure in the future. Correctly Hosting a cloud gaming service is difficult, which is why Sony may have opted to team up with their rival rather than invest the necessary capital  to build servers in cities across the world. This doesn’t equate to a single platform for Xbox and PlayStation, though games in the future may run on the same server hardware.

There are three companies with enough funding and cloud experience to achieve low latency game streaming: Microsoft, Google, and Amazon. While Microsoft’s xCloud tech is releasing with Xbox Series X, and Amazon’s awaits an announcement, Google’s Stadia released November last year. Stadia’s launch was a blunder and the streaming service received well earned criticism. Users were surprised at having to buy games individually without a subscription service like Xbox Game Pass.

Despite not delivering everything it promised, Stadia streaming seems to work well. Users can seamlessly transition from playing on their PC, to their TV, laptop, or even cell-phone. The games look good on smaller devices or those that normally wouldn’t be able to run them, but a loss in graphical fidelity is noticeable when playing on high-end hardware like 4k TV’s. The notable lack of online communities in even the most popular games like Destiny doesn’t help its case either.

If Google Stadia switched to a subscription service, it would generate more sales. One of the biggest deterrents for Stadia users is being forced to repurchase games  owned on other platforms. Through a service similar to Xbox Game Pass, Stadia could offer monthly subscriptions to a streamable library of games. Though, even that may fail to save Google from Microsoft and Amazon’s future entries into cloud gaming. After this rough beginning, the Stadia will have some catching up to do if it’s to be remotely competitive.

Amazon has been tight-lipped about any upcoming streaming service. According to CNET, it plans to announce one this year to compete with Stadia, xCloud, and Nvidia’s Geforce Now. The tech giant isn’t new to the scene. It owns Twitch, a streaming service that attracts over 140 million viewers each month. Amazon has also started making games; its first titles release over the next few months, in perfect timing with any streaming platform it has in the works.

Amazon’s AWS cloud is already responsible for most of the industry’s back-end computing, powering games like Fortnite. Their experience with streaming and vast infrastructure are advantageous for making quality cloud gaming service. It will be interesting to see if Amazon can “put its money where its mouth is”as 2020 unfolds, and even more so the new rivalries between competing streaming platforms. After all, competition leads to innovation and progress, which the cloud gaming field desperately needs.

Cloud gaming has been a concept for years. Startups like OnLive created working products but failed to deliver performance. OnLive sold its assets to Sony, who used the tech in their PlayStation Now platform. Despite the uphill battle, companies are still attempting to penetrate the game streaming market. Google’s Stadia is clear evidence of this, but smaller companies like Nvidia’s GeForce Now are also implementing their own services. Regardless of success or failure, the competition alone is good for cloud gaming.

High fidelity cloud gaming with low latency is the dream for gamers and developers alike, however it is easier to promise than achieve. Hopefully this year brings advancements in streaming technology and improves upon existing infrastructure. While the future may lay in the cloud, the present is rooted in hardware; there are too many gamers that prefer the crisp images and responsiveness of gaming consoles and PC. Whatever Microsoft and Amazon bring to the table, it better hold up to modern standards. 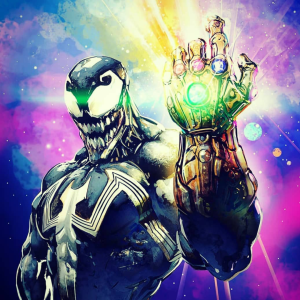