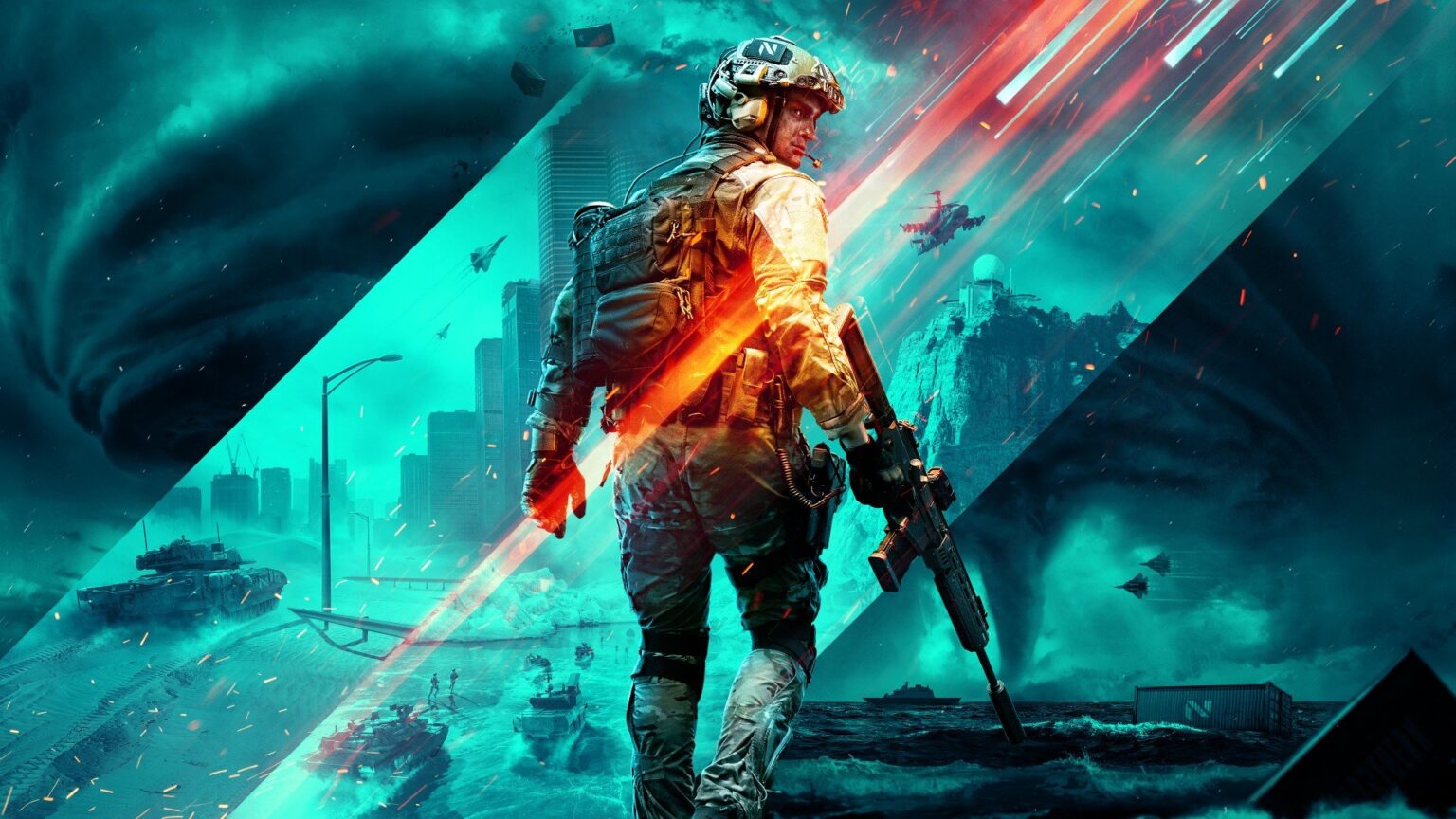 A day before E3 is set to start with its Summer Games Fest, we finally got our first showing of the upcoming Battlefield game, Entitled Battlefield 2042. This name should sound slightly familiar to long-time fans, with the first installment in the series was titled 1942. A futuristic game in the series also bore the name 2142.

The reveal consisted of a cinematic trailer showcasing several different locales that the player will most likely visit. While this was a cinematic trailer it did appear to be in engine. At the end of the trailer, we also learned when we can expect more.

The trailer opens up with a near-future plane firing off flares to stop an incoming missile. It is not able to stop it in time which starts a chain reaction on a mountainside base. Soldiers fleeing the explosions knock the focus character off the platform and force them to dodge parachutes before gliding using their wingsuit. All of this occurs while dodging explosions because… You know, explosions are cool.

It then jumps through a series of smaller looks. This includes a large city in which a large-scale battle is taking place. Another shows tanks firing at a large barricade. Finally, we arrive at a shipyard, which let’s be honest, you knew was coming. There we see a group of soldiers ambushed and killed.

Following that we see hovercrafts and takes chasing each other through a snowy tundra. We watch the hovercrafts seem to slip and slide along the surface, however, the tanks seem to hold their ground, barreling straight ahead. If you were expecting explosions to not be present, you are indeed wrong.

After this we see a rocket blasting off from a launchpad. Somebody drives toward it in first-person as they drive to dodge a vast amount of soldiers fighting it out. Unfortunately, the scene shifts before we get to see if he catches the rocket or not.

Returning to the city setting, now from the air, and at night, three helicopters weave between the buildings at high speed. This all ends in a skilled maneuver by the helicopter being chased, pulling upright as the two chasing helicopters collide with each other. Unable to stop this helicopter it then proceeds to fire upon a roof, killing multiple enemies. One soldier pilots an ATV off the roof into the helicopter like a total boss.

The final scene of the trailer comes straight out of Just Cause 4. As more people are fighting in a city, a giant tornado comes in and destroys everything. People try to drive away but are pulled in, in a desperate maneuver, one soldier attempts to wingsuit away to end the trailer.

If your wondering where the gameplay is, it is going to be at the Microsoft & Bethesda conference later this week. And with this, E3 has officially begun. You can look at our complete E3 schedule here.