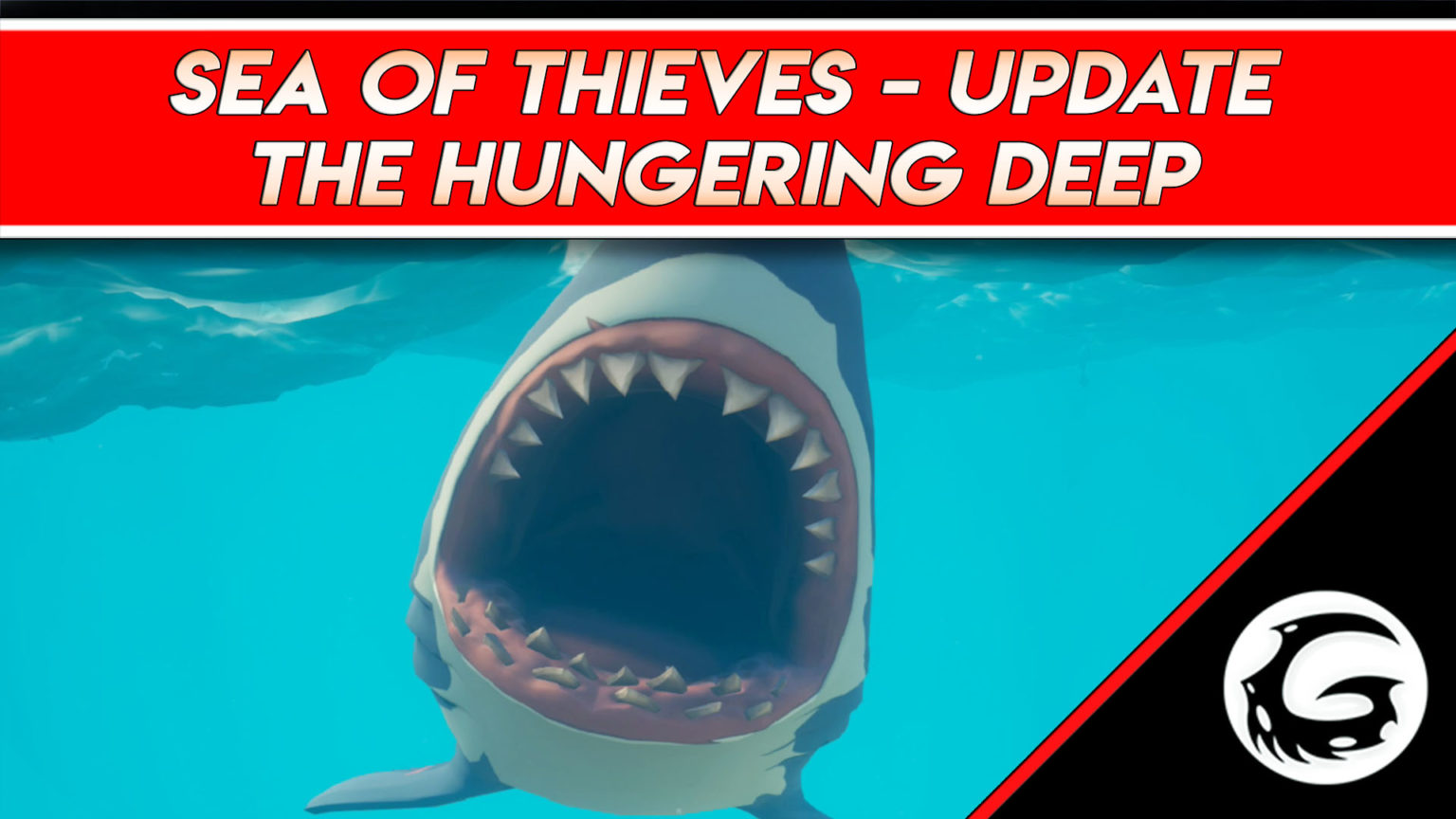 The Hungering Deep Update is Live Tomorrow – Details Inside

Here is our official update for Sea of Thieves. Tomorrow on May 29th, 2018 – Sea of Thieves is finally get its first piece of content update after 2 months of its launch date which was on March 20th, 2018 and Gaming Instincts is here, to get you up and running and letting you know what’s going to be happening in this new Sea of Thieves update – The Hungering Deep.

Just as a reminder to everyone that don’t know Sea of Thieves is a “GaAs” game meaning Game as a Service so it means that the game will be receiving free content updates throughout its lifecycle to keep the game interesting and fresh every week and months and years to come.

These content updates can range from completely new islands we’ve never seen before, items, cosmetics, new gameplay mechanics both big and small and even new AI threats and many other things such as live campaigns and weekly events.

So what does the first update – The Hungering Deep brings to Sea of Thieves tomorrow? Here are all the new cool and new stuff.

Drum – A new musical instrument to continue the playing of your epic sea shanty tools and of course a new tool for more riddles.

Flags – Another new social gameplay element that lets us put up different kinds of flags on top of the crow’s nest. Signal to other pirates in the dangerous Sea if you come at peace, war or neutrality. This is an awesome new immersive feature and we can’t wait to give it a shot.

Live Campaign – Time limited event that will run From May 29th and starts at a Tavern where you must uncover the secrets and clues of “Merry” Merrick who’s a proud owner of a pair of matching peg legs. As you go through this epic journey you will explore and obtain new features of the update such as the previously mentioned drum, speaking-trumpet, cosmetic tattoos and scares, ship’s flags and most importantly the mythological new AI threat the Megladon himself. What’s a Megladon you ask? It’s basically a gigantic prehistoric shark that will tear your crew and ship apart along with your precious booty.

After The Hungering Deep launches, the start of weekly events will begin. How will they work and what kind of gameplay these weekly events entail still seems to be on under the lid and Rare doesn’t want to be specific and instead surprise the player with its emergent gameplay ideas.

After The Hunger Deep launches 2 more major content patches will follow up in the Summer. The next major content drop is titled The Cursed Sails which grants a completely new ship with new mechanics a new AI threat and a few other new surprises that we do not off yet. After the Cursed Sails will be receiving the 3rd title update – The Forsaken Shores which will grant access to a whole new area to explore and again another new AI thread which plays a big role in the entire theme of the new area. Expect a trailer drop at E3 showcasing upcoming Sea of Thieves content. After The Hungering Deep, The Cursed Sails and the Forsaken Shores drop Rare has planned 3 more major content updates throughout the year of 2018 in Fall and Winter.

You can check out our final verdict for Sea of Thieves here as well. Stay tuned to Gaming Instincts for all things gaming and our upcoming E3 coverage and of course more of Sea of Thieves news.

[…] Today we’re going to be showing you how to complete the time-limited quest event in the newly released content update for Sea of Thieves – The Hungering Deep and get your exclusive Shark Hunter figurehead that will be going away in 2 weeks. So make sure you take advantage of this guide and get your stuff before this awesome little experience ends. If you’re wondering what’s included in this update – you can have a peek here. […]