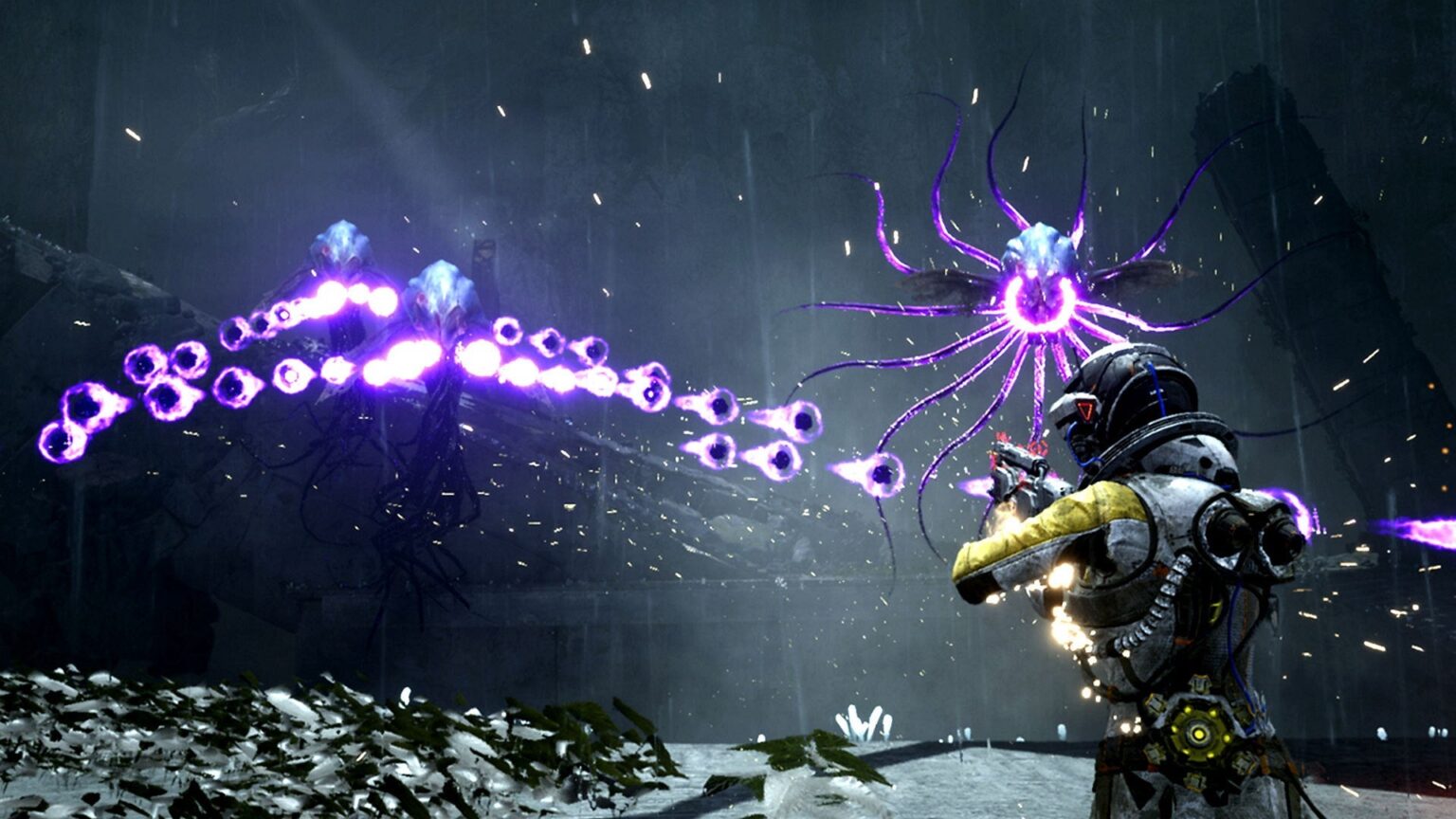 Returnal – 5 Reasons Why This is the Best PlayStation 5 Exclusive

The PlayStation 5 launched with an astoundingly small number of exclusive titles, leaving some to question its initial viability. Sony’s major first-party works like Marvel’s Spider-Man: Miles Morales and Sackboy: A Big Adventure were cross-generational releases, while Demon’s Soul held down the fort as the only true PS5 exclusive. Though these games were not lacking in quality, many players felt this paltry selection reflected poorly on the next generation of console gaming. It’s fortunate for those left disappointed by the PS5’s early offerings, then, that Returnal has arrived to showcase this new system’s capabilities.

A surprising change of pace for its creators, Returnal represents a strong balance between boldness of intent and guarantee of impressive design. Its developers Housemarque are known for their work on arcade games like Resogun and Nex Machina, so the idea that this studio would pivot to working on a big-budget roguelike set on an ever shifting planet is intriguing in itself. Thankfully, Returnal also has a satisfying progression system and tight third-person gunplay to back up its compelling premise, garnering praise across the board. There’s no question that, given all of its worthwhile qualities, Returnal is proving itself a must-have purchase for PS5 owners.

Though Housemarque has shifted to a different genre than normal, their roots in arcade gaming are still visible in Returnal. At the most basic level, the game’s roguelike structure is reminiscent of classic coin-op games; after failing an attempt, the large colorful box entices players to insert a coin and start again. That surface level resemblance to gaming’s past isn’t the one of its kind, however.

Beyond the systems of Returnal, the bullet hell combat calls back to older arcade shooters. Not unlike games like Galaga, Returnal forces players to dodge a variety of projectiles instead of aiming with precision, making pinpoint dashes and jumps essential for survival. When several enemies unleash a barrage of projectiles, it takes skill and well-timed inputs to prevail. In merging old fashioned combat with the modern conventions of the roguelike genre, Housemarque has produced a game that is as satisfying as it is challenging.

Despite being a difficult game, Returnal is designed in such a fashion that it averts player frustration by emphasizing the need for player improvement. Short of a game crash, any failures experienced in the game are a result of the player’s own errors, rather than a consequence of unfair or obtuse game design. Furthermore, Returnal benefits from a tight control scheme that ensures the protagonist Selene is responsive to every button press, further shifting the burden of responsibility for making use of the available tools to the player. It’s that care in the design that makes Returnal tough but fair in difficulty.

There’s something amusing in the fact that Resident Evil Village and Returnal shared a release window, considering that the former is horror-related by name while the latter is a horror game in execution. One might be surprised to find that Returnal relies on jump scares, intimidating enemy design, and harrowing walking simulations to build a frightening atmosphere. Besides those clear concepts drawn from the horror genre, Returnal shows a capacity for raising tension during gameplay that Village notably lacked.

This knack for escalating gameplay stakes is best seen in the build up to each biome’s boss battle. Even if each stage is procedurally generated, there is always a steady progression toward each boss. As the battle draws closer, the player is forced to reevaluate their equipment and second guess their upgrades for that run. Returnal impresses in how consistently it can make a player dread the boss battle ahead, a great feat of mood-building that is matched only by the frantic nature of the battles themselves.

Once a boss fight commences, Returnal proves its talent for riding the line between keeping the player on edge and rewarding their tenacity with catharsis. Upon eliminating their enemy’s health bar, players are likely to be surprised to find two more waiting for them and a new set of attacks to dodge. When the final shot has been fired, though, the boss explodes in a colorful mess of particles, signalling that the player can now take a much needed breath. From start to finish, Returnal’s boss fights manage to be invigorating and emotionally rewarding.

To foster a compelling sense of player progression, Housemarque has gone to great lengths to reward an increase in the player’s skills with tangible benefits. As players start to understand the enemy move set and master ideal strategies for each room, they get ever closer to obtaining satisfying gear unlocks and individual skill levels. Everything accomplished in the game is a step in the right direction, with even the most laborious of efforts acting as a learning experience.

2. Takes Full Advantage of The PS5

Returnal is not shy about its intent to champion the PS5’s most prominent marketing points, beginning with the prospect of fast loading. When players boot up Returnal, they’re greeted with a brief cutscene of the initial crash before immediately taking control of Selene, who is ready for another adventure. There are no load screens, something which we appreciate in a difficult and time-consuming roguelike. Being so forward in this aspect of a game’s construction acclimates the audience to further exploration of the PS5’s technical capabilities.

The manner in which Selene dashes across the world, with no pop-ins or visuals hiccups in sight, is incredible. Returnal leaves no time for an idle animation, instead preferring to maintain a swift pace at all times. That high fidelity and unceasing momentum pairs well with Returnal’s use of the PS5’s unique controller.

The DualSense controller is integrated into play in many ways, helping immerse the player into the experience. Thanks to the controller’s haptic feedback, players can feel rain droplets hit the controller as Selene is subject to nature’s downpour. In addition, the DualSense controller’s adaptive triggers tie into the gunplay; half pressing the trigger aims Selene’s gun, while a full press launches the alt-fire projectile. Some might consider these to be small touches, but from our viewpoint the implementation of DualSense in Returnal is engaging without feeling tiresome.

Befitting its genre, Returnal’s narrative is conveyed in part by environmental discoveries that flesh out the world. Traditional audio logs and cutscenes are delivered at a gradual pace, while meaningful nuggets of lore pertaining to the planet’s history keep the player intrigued. For as fascinating as that sparse approach to storytelling can be, it is not the game’s only means of delivering narrative beats.

Since Returnal is a third-person action game, it’s surprising that prolonged segments include first-person exploration of a mysterious house, which serves the dual purpose of breaking up the action and bolstering the central plot. Every time we enter the house, we’re greeted with more information about Selene and her backstory. The tense horror aspects of said house also gamify these story dumps, making plot points fun to uncover. Suffice it to say, Returnal offers one of the most bizarre yet compelling storytelling structures in recent memory.