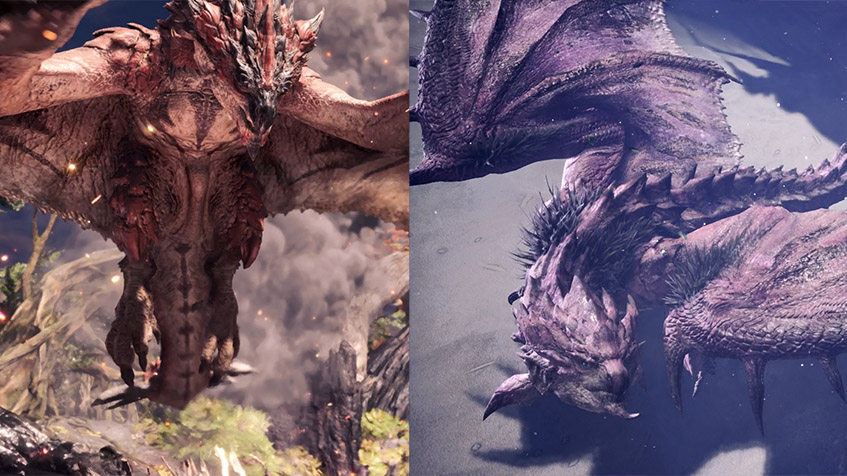 Monster Hunter World: How to Slay Rathian and Rathalos – Tips and Tricks

Monster Hunter World: How to Slay Rathian and Rathalos – Tips and Tricks

Patrolling the hunting grounds of the Ancient Forest, the king and queen of the skies, Rathian and Rathalos, reside at the very top of the Ancient Tree. These two dragons mean trouble for any hunter tracking them down. Between their poisonous barbs and fire breathing attacks taking these two down is challenging and rewarding, so here are some tips and tricks on bringing these monsters down. 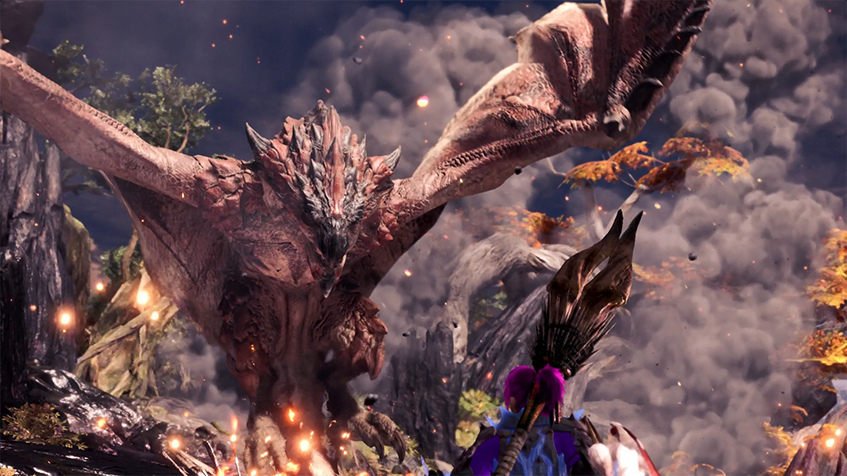 While in the air, both monsters will attack with their front claws swiping at the their target and have a flying charge where they will glide across the map close to the ground knocking anything down in its path. While the monsters are on the ground, try to stay close to their chest and wings to avoid damage zones. While they are in the air, dodge around the monsters and avoid being directly underneath their legs or tail attacking their wings when they are low enough to the ground. Use the ground as an advantage to mount the monsters when possible to ground them easier. The less time they are in the air the better.

Both of these monsters have ways of poisoning their target and can breath fire, but they both have different attacks and danger areas to avoid. Rathians tail is its poisonous area. While the monster is on the ground it can poison its target by hitting with the blunt end of its tail. While in the air, watch for the monster to rise up a bit higher than normal. It will then spin around doing a backflip whipping its tail around in front of it causing knockback and poison if it strikes its target. To avoid the air attack dodge to the left or right of the monster, this attack only hits the area in a straight line from where its tail is. If the tail is cut off, Rathian can no longer poison its target.

During the battle, Rathian will roar and flames will start to form around its mouth signaling that the monster will now be able to shoot fire. On the ground, Rathian will breath a large fire ball directly in front of it or shoot out three fireballs one after another to the left, right and center in the direction of the hunter. Try to get behind the monster when you notice the flame around its mouth to avoid being signed by these attacks. 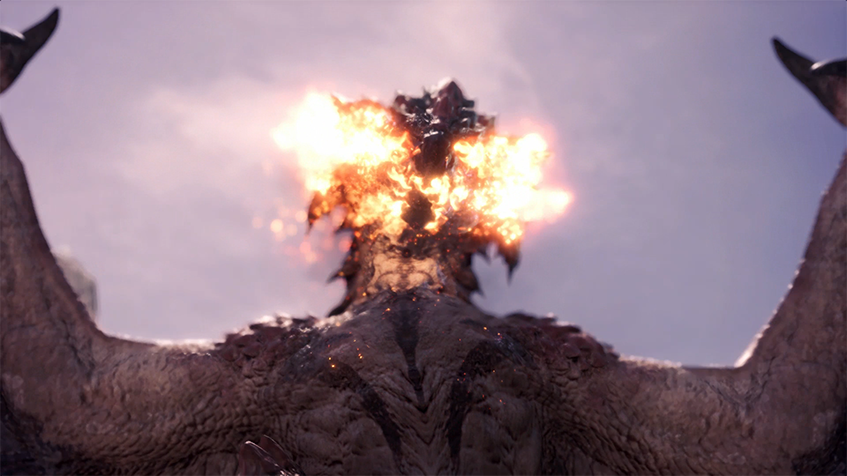 Rathalos also has both poison and fire attacks, but they behave differently. Instead of its tail, Rathalos carries its poison in its large talons on its legs. While in the air, Rathalos will turn away from the hunter momentarily before twisting around while slashing its claws at the ground which can inflict poison and knockback to its target. Dodge this attack by rolling underneath the monster towards its tail or backwards from the front of the monster to avoid the damage areas. Avoid being to the sides of Rathalos due to the wide arc of this attack.

Rathalos can also shoot fire from its mouth, which is again shown by flames beginning to form around the monsters mouth. While on the ground, Rathalos will shoot a large fireball directly in front of it at its target. Dodging to the left or right will avoid this attack. While in the air the monster has two fire attacks. First, it will pull its head back to the left or right and then breath fire out in an arc in front of it. Second, the monster will raise its head up towards the sky before shooting a fireball a short distance directly in front of it at the ground which will send the monster flying backward a few yards. For both of these attacks, dodge towards the monsters tail underneath its legs to get behind it and avoid the splash zones for damage.

Rathian and Rathalos both share the same weaknesses. The head, wings and tail are all weak points on the monster and both tails can be severed off. The wings, back head and chest can all be broken when inflicted with enough damage. The monsters are very weak to dragon elemental damage and have a medium level weakness to thunder, but both are immune to fire all together. 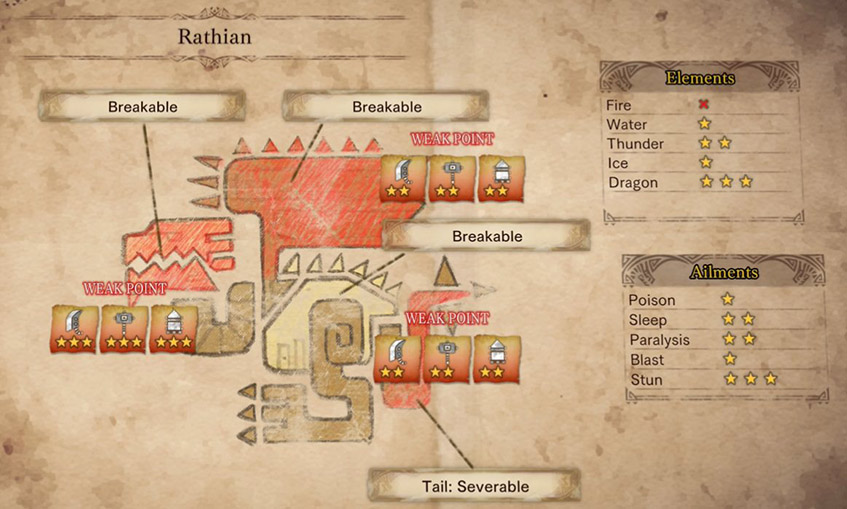 The sleep, paralysis and stun ailments are all effective against the monsters, but Rathian is a bit more susceptible to stun so bringing a blunt weapon like the hammer or hunting horn and some flash bombs to the hunt will help bring this monster to the ground for a few seconds to get in some free hits.

Both Rathian and Rathalos provide a significant challenge when hunters first encounter them and are great practice for learning how to navigate multiple types of damage at once. Farming both of these monsters will provide several powerful weapon trees and armor sets that will be useful well into high rank questing. Hopefully these tips and tricks will help topple these ferocious dragons.

[…] Monster Hunter World: How to Slay Rathian and Rathalos – Tips and Tricks […]