Monster Hunter World: How to Slay Deviljho – Tips and Tricks

Monster Hunter World: How to Slay Deviljho – Tips and Tricks

Monster Hunter World title update 2.0 has officially launched, and with it comes one of the most ferocious monsters hunters have ever seen in the franchise. In the jungles of the ancient forest, the deadly brute wyvern Deviljho appears in the new world. Toppling this beast is no small task. It is deceptively fast for its size and uses its bulk to its advantage, attacking with ferocious charges. This monster is always looking for a fight, so let’s take a look at some tips and tricks to tackle it head on.

While being weak to the dragon element itself, Deviljho has a unique attack that occurs when the monster is enraged. When it begins to glow red all over its body, the monster will eventually have to discharge the energy it has stored in the form of a massive dark gas cloud. Watch for the monster to pull its head all the way to the right, where it will begin to breath out the gas in an arc all the way around the area in front of it. This attack has a massive range, so do everything possible to get behind the monster’s head to avoid the large damage area. If hit by this attack, the hunter will suffer immediate damage and knockback, as well as possibly being afflicted with dragonblight. When afflicted with dragonblight, all elemental effects on the hunter’s weapon are nullified and the weapon will only do base damage. Eating a nullberry will remove the debuff, so make sure to carry a stack of them along for this hunt.

While Deviljho does not have many basic attacks, it does a massive amount of damage that can easily two-shot a hunter, even while buffed from pre-hunt meals. The monster has a set of massive jaws that it will use to bite at its prey, lifting them up in the air and tossing them across the map. When smaller monsters are present, such as Great Jagras or Tobi-Kadachi, Deviljho will pick them up in its massive jaws and begin to use them as a weapon, swinging them around and slamming them into the ground. While it can create a much needed distraction for hunters to rebuff or heal themselves, make sure to get clear of the monsters to avoid being crushed by these attacks.

Deviljho is much faster than its size suggests, and can clear areas in the map quickly, using its monstrous size to knock away anything in its path. There are three distinct ways the monster will charge. First, it will put down its head and swing it left to right while moving forward several times, covering distance and changing up its direction based on where its target is mid-charge. Second, Deviljho will move toward its target, slamming its head into the ground and then pulling it out violently after a moment, flinging debris around it. Last, the monster will charge in a similar way, moving its head back and forth but moving forward faster, then lay its head into the ground while charging and dragging its head forward to knock away its target while continuing to attack. All three of these variations can be handled in a similar way. Keep an eye on the monster’s trajectory and keep as mobile as possible, dodging around the monster. Maintain a close distance to the back of the monster but far enough away that the hunter cannot be trampled by Deviljho’s legs while it is charging.

There are not many areas that are safe from damage, due to the monster’s ability to change directions on a dime. And connecting with most parts of its body, even during a standstill attack, can send the hunter flying. When fighting this monster, it’s best to stay moving as much as possible, especially early on in the fight, to wear it out. Once it is tired it will begin to slow down and take breaks more frequently, which is the opening to attack. Having a weapon with range is very handy to take it to battle to help maintain a safe distance while still maintaining steady DPS.

Deviljho has two major weak points: its head and its stomach. These two points are both breakable, and its tail can be cut off over time. The monster takes heavy damage from both dragon and water elemental attacks and medium level damage from fire and water. This monster has a ton of health, so make sure to carry a stack of nullberries into the fight to remove dragonblight when afflicted to get the full damage out of elemental attacks. Deviljho is also affected by all ailments that can be afflicted, so take any kind of traps and bombs possible into battle to get that extra leg-up on the monster.

This fight is brutal. Deviljho’s hitboxes are huge and its attacks do a massive amount of damage from all angles. This hunt can be frustrating, but stick to the grind and wear the monster down. It will eventually tire out and the advantage will be in your hands. Deviljho parts can be used to forge an awesome set of armor with great base defense and ice resistance. It can also be used to forge one of any of the fourteen weapons in the game with high dragon elemental damage and a high chance of causing elderseal, very useful for taking down elder dragons. Hopefully these tips and tricks will help guide hunters on taking down this ferocious wyvern. 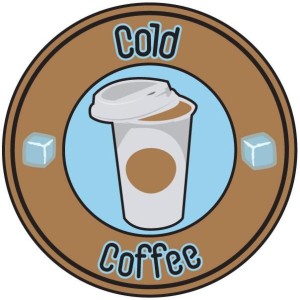 Luke Kenney - Video Producer and Associate Author Hailing from a Colorado town of 900 people, Luke was a small town kid with big dreams. When he was 4, he played his first video game; Doom 93’, and he was hooked from that point on. After setting out on his adventures from home, Luke worked in the radio industry as an engineer and producer for 7 years, and worked on the tour circuit for some of the biggest bands touring today. His true passion, however, always lead him back to video production and the gaming industry. Now, this avid Monster Hunter enthusiast has one motto, “The bigger they are, the harder they fall”.