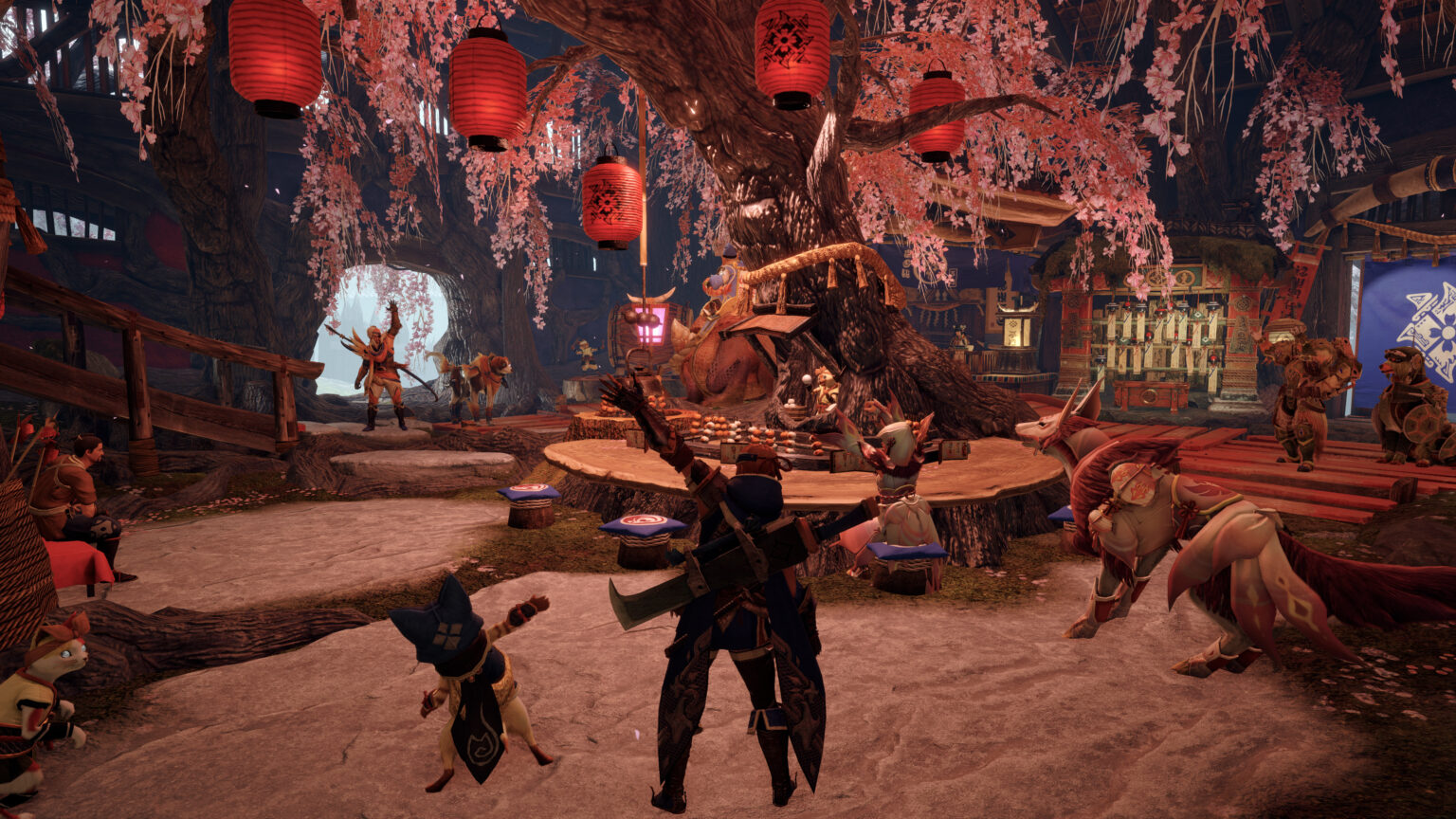 The game’s details via Capcom can be seen below:

Monster Hunter Rise is the latest installment in the action RPG series and transports players to Kamura Village, a colorful and tranquil setting that attracts visitors with its unique culture and innovative hunting technologies. The core gameplay experience in Monster Hunter Rise stays true to the previous highly-praised Monster Hunter entries. Hunters must equip their armor and select from one of the 14 different weapon types to tackle daunting foes. As players defeat monsters and progress through the game, items carved from fallen foes can be used to craft unique weapons and armor that increases their chances of survival. Hunters can tackle these challenges solo, or with up to three other hunters in cooperative online play.

Monster Hunter Rise evolves the series by introducing several new and exciting mechanics for hunters to master. Wire-based grappling actions can be performed by using a “Wirebug” while standing or in mid-air, adding an all-new level of aerial maneuverability to hunting strategies and attacks. Additionally, the game features the “Wyvern Riding” technique, which allows players to temporarily take control of a monster and yield spectacular battle sequences during hunts. Monster Hunter Rise also introduces new hunting partners called Palamutes, personalized and rideable “Canyne” companions that provide players with new sets of attack options. The “Canyne” Palamute companions join the series favorite “Felyne” Palicoes in assisting players while out on hunts.

Monster Hunter Rise features customizable optimizations, allowing hunters to enjoy their journey in 4K resolution and 60 frames per second on Xbox Series X and PlayStation 5, while also offering 3D audio for Xbox Series X|S and PlayStation 5. Ranged and shielded weapons will also make use of DualSense adaptive triggers on PlayStation 5. Monster Hunter Rise launches for MSRP $39.99 on Jan. 20, 2023 and is available now for pre-purchase. The game also arrives on Xbox Game Pass at launch.