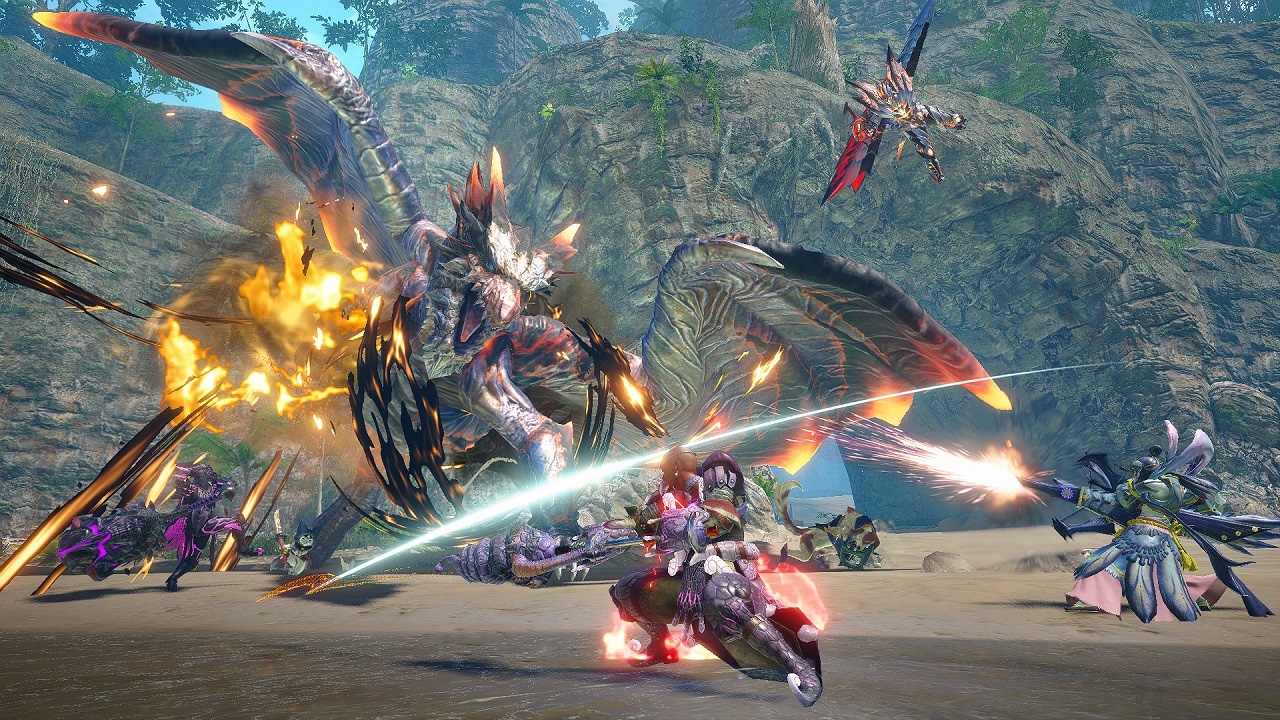 The full details of the update via the official website can be seen below:

Anomaly Investigations – These are quests where the play conditions, such as the target monster, the locale, and the number of players are randomly determined. Complete these quests to earn points required to level up the Anomaly Research Lab, and special materials that allow for new upgrades to your weapons and armor. As a new feature, you can now also lower the level of the quests you possess.

Risen Elder Dragons – Risen Elder Dragons Elder dragons that have fully overcome the affliction caused by the Anomaly, creating a symbiotic relationship with the Qurio. Their “risen” state poses an even greater danger than when they were still under the influence of the affliction. When their anger reaches its peak, each elder dragon gains its own unique and extraordinary powers, becoming even more fearsome than before. Stay on the offensive to prevent them from entering this state or to knock them out of it.

Paid Downloadable Content – A variety of paid downloadable content has been added, including the Stuffed Monster Series of 14 layered weapons!