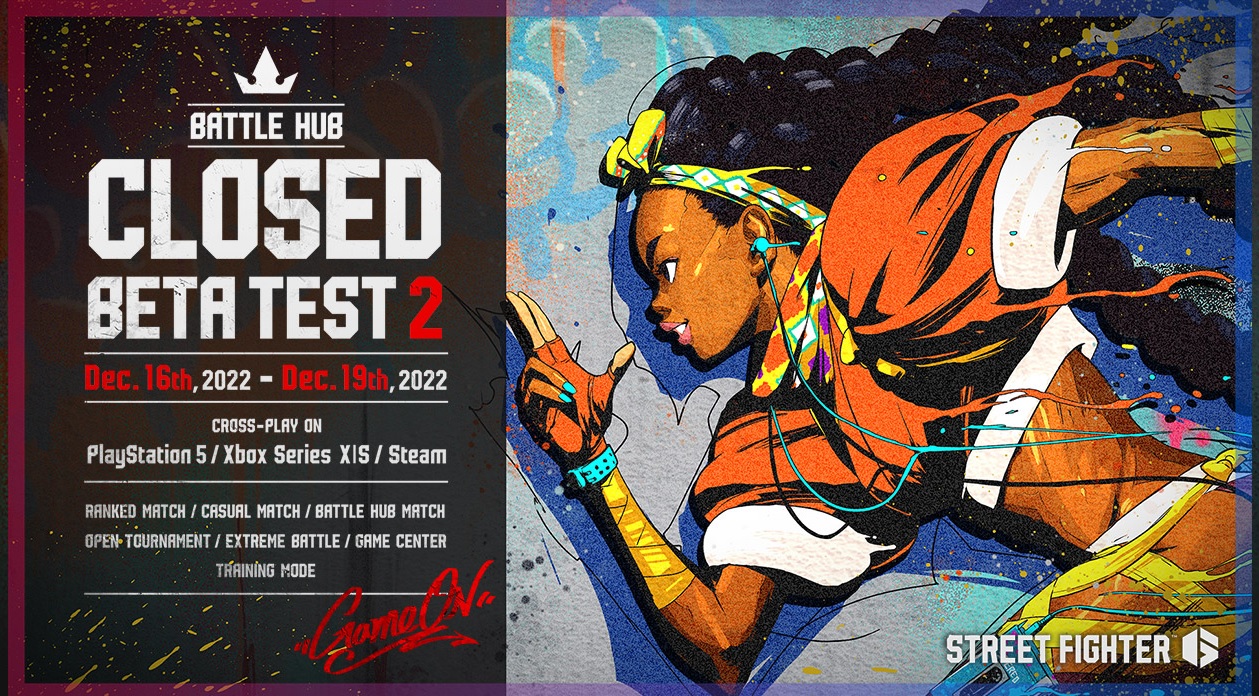 The full details for the upcoming Street Fighter 6 beta can be seen below:

Avatar Creation – You can customize your avatar that appears in the Battle Hub when you play the game for the first time. (Please note that you cannot save or load avatar recipes, or remake your avatar during the Closed Beta.)

Some bugs have been fixed.

Fixed an issue that would cause the game to freeze if you tried to sign out of your profile while in the Battle Hub.

Added an option to reduce input delay in the Graphics menu. Turning this option on will shorten the gap between your inputs and the action happening on-screen. This is especially useful if you are using a monitor capable of displaying at 120Hz on PlayStation 5 and Xbox Series X|S.

For the Steam version the same effect can be achieved by turning this option on, setting Vsync to off, and setting the refresh rate to 120 Hz or higher.

Please note that depending on the monitor, you may experience some tearing.

Adjusted how input delay works when the connection status causes frequent changes to the delay (represented by the D value at the top of screen), so that it will no longer decrease in a round where there has been an increase.

Fixed an issue where spectating one battle cabinet while queued up at another cabinet caused a communication error and a black screen when the match you’re spectating is about to end.

Fixed an issue in Extreme Battle where if a projectile was on the screen, and Juri attacked an explosive with Fuhajin, she would be stuck in the Fuhajin animation until the projectile disappeared.

Fixed an issue where the Frame Meter would not work correctly if you chose to restore default settings.

Fixed some bugs, as well as tweaked some aspects of the game related to controls and overall strategy.

There are no individual character adjustments since the last Closed Beta Test.

Adjusted Modern Controls so that a crouching heavy kick will be performed when pressing down-forward + Heavy Attack.

This move is in the command list, but if you perform Down-forward+Heavy while using Modern control type, you will get Chun-Li’s crouching heavy kick instead, and not Water Lotus Fist.

When performing a Super Art command such as Quarter-Circle Forward x 2 or Quarter-Circle Back x 2, the input delay going from down to forward or back is now 12 frames instead of 10 frames.

Crouching medium kicks that can be canceled into special attacks now have a hitstop of 9 frames instead of 10 frames.

Fixed an issue where if you performed a Half-Circle Forward command to perform a Quarter-Circle Forward special move, you would instead get an attack attached to the “Shoryuken” command input.

If you continue your parry stance after Perfect Parrying a projectile, if you release the parry within a certain period of time, no recovery time for releasing the parry will occur.

Level 1 Super Arts for all characters no longer have projectile invincibility.

To go along with the invincibility change made to all Level 1 Super Arts, Ryu’s Hashogeki and Shin Hashogeki are now considered strikes and not projectiles.

Other minor battle-related bugs have been fixed.