Multiplayer games have gained and lost a lot in the transition from traditional DLC to live services. Gating crucial content such as maps and game modes behind paywalls segregated communities, limiting games’ lifespans. In sidestepping this conundrum at the cost of introducing others, the live service model is the lesser of two evils rather than an appropriate replacement.

Live services were meant to answer the industry’s growing trend toward split multiplayer communities, following an unrelated but relevant few years of loot box disdain among the public consciousness—one which came to a standstill with Battlefront 2. A consumer-friendly image is a live service’s end goal.

The unfortunate reality, however, unveils the business model’s weaknesses. Live services can work, but the current landscape of rising development times, costs, and greedy corporations makes it difficult to implement.

This new structure, which is built on grinding, turns traditionally fun escapes from reality into another job. Progression systems have been part and parcel with multiplayer since Call of Duty 4: Modern Warfare’s popularity. This shift gave players goals to work toward beyond playing for the sake of it. Live services, with their seasons and ranking systems, should elicit that same dopamine rush.

Unfortunately, every live service game to date fails to provide balanced progression that doesn’t necessitate wasting one’s life on a game every day for months.

Too often, live services feel unrewarding for casual players. Some gamers only have the time or desire to play every few days or weeks. Others are too busy to constantly game. Still others juggle multiple games. For these types of consumers, which is most of any online community, the live service model falls apart.

Gears 5 is a Double-Edged Sword

No triple-A game encapsulates the live service’s failings more than Gears 5. Gears of War 4’s controversial loot boxes and paid DLC hampered its reward loop. It attempted finding a middle ground by showing paid maps in rotation for all players, however, only owners could begin private matches on DLC maps. Matches on these maps also provided owners slight xp boosts.

Gears of War 4 was a randomized grind. With the massive amount of character and weapon skins, along with horde mode skills tied to spending real money on crafting components or high-tier loot boxes, Gears of War 4’s progression was nonexistent. Players didn’t need to spend money, but those that didn’t fell mercy to the unfavorable RNG gods. Those hoping to play Gears 4 without spending cash could never hope to unlock what they wanted. It lacked consistency.

Gears 5 removes loot boxes in favor of a more concentrated grind. In this sense, it’s more rewarding than its predecessor by giving players the freedom to work toward specific unlocks. It’s not without caveats, though.

To begin with, all Gears 4 characters were obtainable through loot boxes or scrounging enough scrap to craft characters. In Gears 5’s case, all post-launch characters must be unlocked through a tedious series of challenges. As of the time of this writing, that post-launch list includes:

Character unlocks are tied to completing six character specific challenges, though, XP acquisition remains a constant. Challenges vary in difficulty and time commitment, but all characters require gaining 60,000 experience points with that character’s totem equipped. That’s about 60 levels for one challenge for one character.

Multiplied by the nine post-launch characters, that’s 500-540 levels to unlock all current characters without spending money. Iron, the currency used for characters, is obtainable through other means, though, its slow acquisition rate makes it an unreliable fallback. Measly Iron amounts are rewarded for reaching ranks during its Tour of Duty, this game’s version of seasons.

Players rise through the ranks by completing daily and season-wide challenges, awarding stars. The more stars players earn, the higher they’ll rank up through the Tour of Duty. Only three daily challenges are available at once, requiring a 24-hour-clock to run out before they refresh. Conversely, players spending iron can reroll daily challenges. These arduous seasons are made more laborious with their time-sensitive rewards. It’s a restrictive system favoring paid whales and unemployed gamers.

Consumers hoping to make a dent in Gears 5’s content pipeline must play it like a full-time job, pumping 40+ hours per week across an entire season to unlock everything…or buy enough iron to max out the Tour of Duty early. It’s an unreasonable ask.

Gears 5’s model falls further into despair when examining its other unlocks: banners, emotes, weapon skins, character skins, and horde/escape skills. Leveling a single horde character to max is an inordinate time sink. Leveling and unlocking their skills adds another layer of tedium because they rely on RNG.

It’s not just triple-A titles falling into the live service trap. Mid-tier releases such as Crash Team Racing Nitro-Fueled are just as, if not more egregious than Gears 5. It launched innocently enough in June of 2019 with 31 tracks taken from Crash Team Racing and Crash Tag Team Racing. It was a content-rich budget title. The Grand Prix’s introduction two weeks after release, though, changed many gamers’ perceptions of Nitro-Fueled.

Grand Prix’s were monthly events introducing one new track along with several karts, characters, and decals. They featured two unlock systems. Some content was obtainable through its loot-box style pit stop with others only unlocked through its three-tier ranking system.

In live service fashion, daily, weekly, and monthly challenges awarded points toward the Grand Prix’s bronze, silver, and gold rankings. Bronze and silver were obtainable for casual players, whereas filling out the gold meter required a commitment only fulfilled by users refusing to touch another game the entire month. 17,000 points were needed to finish the silver tier from the start of the bronze tier. Finishing the gold tier required 42,000 points.

With eight Grand Prix’s, that’s eight months of one’s life dedicated to Crash Team Racing. It’s enough to turn off all but the most dedicated players. This kind of system is tailor-made for YouTube channels focusing on a specific game or franchise. They’re not for most gamers. Further adding insult to injury, later Grand Prix’s added the option of purchasing the remaining progression after an event ended.

Live Services carry the potential to transform the user’s interaction with multiplayer. A properly balanced implementation makes casual players feel like they’re accomplishing something while rewarding the dedicated time-sinkers. As it stands, though, all live services expect an unreasonable commitment. With every game with a multiplayer component adopting a grind-heavy model, there’s only so long the industry can sustain this trend. The business model exists only for whales and consumers with no life commitments. Everyone else is left in the cold. If course corrections aren’t made for next-gen, the live service will have another Battlefront 2 fiasco. 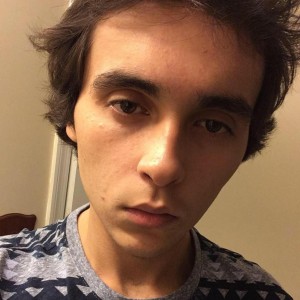 Persona 5: The Royal Final Verdict – An Encore Fitting For a King

Here is the Final Verdict for Persona 5: The Royal