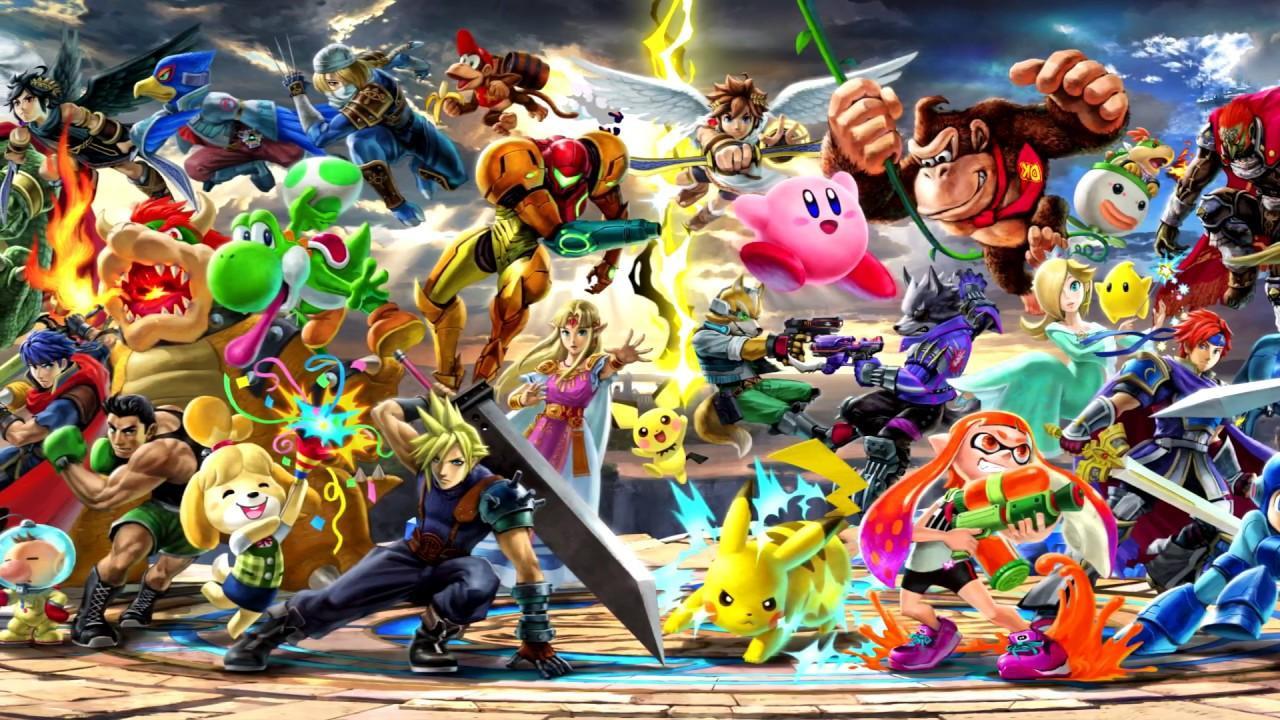 The Super Smash Bros. series is one of Nintendo’s flagship franchises. First released in 1999, the series has gone on to become a household name,achieving legendary status for its unique approach to the fighting game genre as well as the use of iconic video game mascots. With Super Smash Bros. Ultimate’s downloadable content cycle soon coming to a close, the future of the series remains unclear.

Compared to previous titles, Ultimate is a staggering addition to the franchise. Advertising itself with the “Everyone is Here!” tag, Ultimate achieved what many thought impossible: bringing back every character that has appeared throughout the games.

Accomplishing such a feat was no easy task for the development team and game director Masahiro Sakurai. According to Sakurai, upon introducing the idea of bringing back all the characters to his team, he was met with “dead silence.”

On top of the immense character roster it was planned with, Ultimate’s “Spirits” system also required a massive attention to detail. Spirits are special power-ups players can use in Ultimate’s adventure mode and custom battles. Each Spirit is based on a character from a franchise featured in Ultimate, ranging from Pauline of Super Mario to Revolver Ocelot of Metal Gear Solid fame. Sakurai stated that he knew how much these characters were loved by players around the world, so he formed a designated team to handle the creation and management of Spirits to do them justice.

A huge driving force behind this project was Sakurai’s passion and love for the franchise and its fans. However, Ultimate was important to Sakurai for another reason: it was the “final mission” the late Nintendo president and CEO Satoru Iwata had given him.

During the 2019 Tokyo Game Show, Sakurai received the TGS Grand Award for Ultimate’s critical success, which was one of four awards Ultimate took home that night. While on stage giving his acceptance speech, Sakurai paid tribute to Iwata:

“… making Smash Bros. on the Switch was the last mission the late Satoru Iwata gave to me. I’ve put my all into the game, and with more DLC I will continue to work hard… He was the best superior I ever had and a man who understood me better than anyone.”

Satoru Iwata passed away in 2015, but has always been integral to Smash Bros.’ development, assisting Sakurai since the first entry.

With the accolades and love Ultimate has received, it’s safe to say Sakurai fulfilled his mission to his departed mentor. However, in creating Ultimate, the continuation of the franchise now remains uncertain.

Sakurai recently tweeted out that once Ultimate’s “Fighter Pass 2” DLC is fully released, Ultimate’s update and development cycle will most likely be finished. There may be balance changes after the final DLC character, like there were in Smash 4, but the final character’s addition will “complete” Ultimate.

In stating this, Sakurai added on the possibility that the franchise may or may not continue, and it is easy to see why.

Ultimate is a staggering game with an equally staggering roster. Bringing all of the franchise”s characters together was one of its biggest selling points, but that was a colossal task.Sakurai himself even considered it a “miracle”.

Ultimate was not just a simple sequel to Smash 4. It required the cooperation of multiple companies to be made possible, especially with the amount of featured guest characters. In an interview with EDGE, Sakurai explained the lengthy process involved in acquiring third-party characters for Smash.

“Character movements are also developed with a Smash Bros. style first. The end result from this is then passed on for review by the other companies, so they can point out any problems for us to fix. Though there might be differences in what is regarded as acceptable in terms of Smash Bros. and in terms of the original series, in the end we try to find something that both sides will be happy with.”

There is a back-and-forth process involved between Sakurai’s team and a character’s parent company before the in-game version is finalized. With over 75 characters in Ultimate’s roster, one can imagine the amount of work involved in curating everything.

On top of this already difficult process, it is rumored that certain companies are hard to work with. Square Enix was one such company.. The main reason for this speculation is the lack of content Cloud comes with. While other guest franchises have several parent-game related Spirits and soundtracks featured in the game, Square Enix’s Cloud Strife came with no Spirits reminiscent of Final Fantasy or any new music tracks aside from the ones featured in Smash 4.

When held in comparison to SNK’s Terry Bogard, who came packaged with a multitude of Spirits and 50 new music tracks, the difference is clear as day.

This has not been confirmed by Sakurai or Square Enix. However, the lack of so many features may speak of some internal struggle that went on behind Ultimate’s development,resulting in Cloud and his fans receiving the short end of the guest character stick.

Difficulty in featuring guest characters was further detailed in an interview with Dragon Quest staff by the Nintendo Dream magazine. It was revealed that Sakurai went through arduous work to appease both Nintendo and Square Enix in order to feature Dragon Quest’s “Hero” as a member of Ultimate’s guest DLC roster.

On top of these difficult factors the potential sequel has to work with, the biggest hurdle to overcome is the overwhelming standard set by Ultimate.

As its name suggests, Ultimate is the ultimate culmination of the Smash series, overshooting all previous titles in terms of playable stages, characters, music tracks, and even downloadable content. The sequel will have to contend with those odds if it wants to stand as Ultimate’s successor—which all seem impossible to break.

Sakurai has stated that including everyone in Smash will likely never happen again, meaning that the next Smash title will be trimmed down.

The character roster is an integral part of the series, with many gamers playing Smash titles because they star their favorite characters and mascots. Sakurai said the stress involved in removing characters, especially when thinking about the fans who would become upset at such a decision, is immense.

“Whether it’s a minor character or a character that is one of the most highly skilled and most played, if that character is removed from the game, the people who live for that character in Smash Bros. are going to have their feelings hurt.“

When imagining the stress involved in formulating a sequel, it’s easy to see why Sakurai and Nintendo aren’t thinking about the franchise’s future. Sakurai himself joked that he would be fine waiting for ten years until the next game.

Regardless of the sequel, Ultimate has a long shelf life ahead. With the latest character addition, Byleth, shaking up the meta, there are many more battles to be fought and tech to be discovered. Also, with six more DLC characters on the way, Ultimate’s will continue to evolve and grow.

Here’s hoping to a game that keeps going strong for ten years just as Sakurai wants.