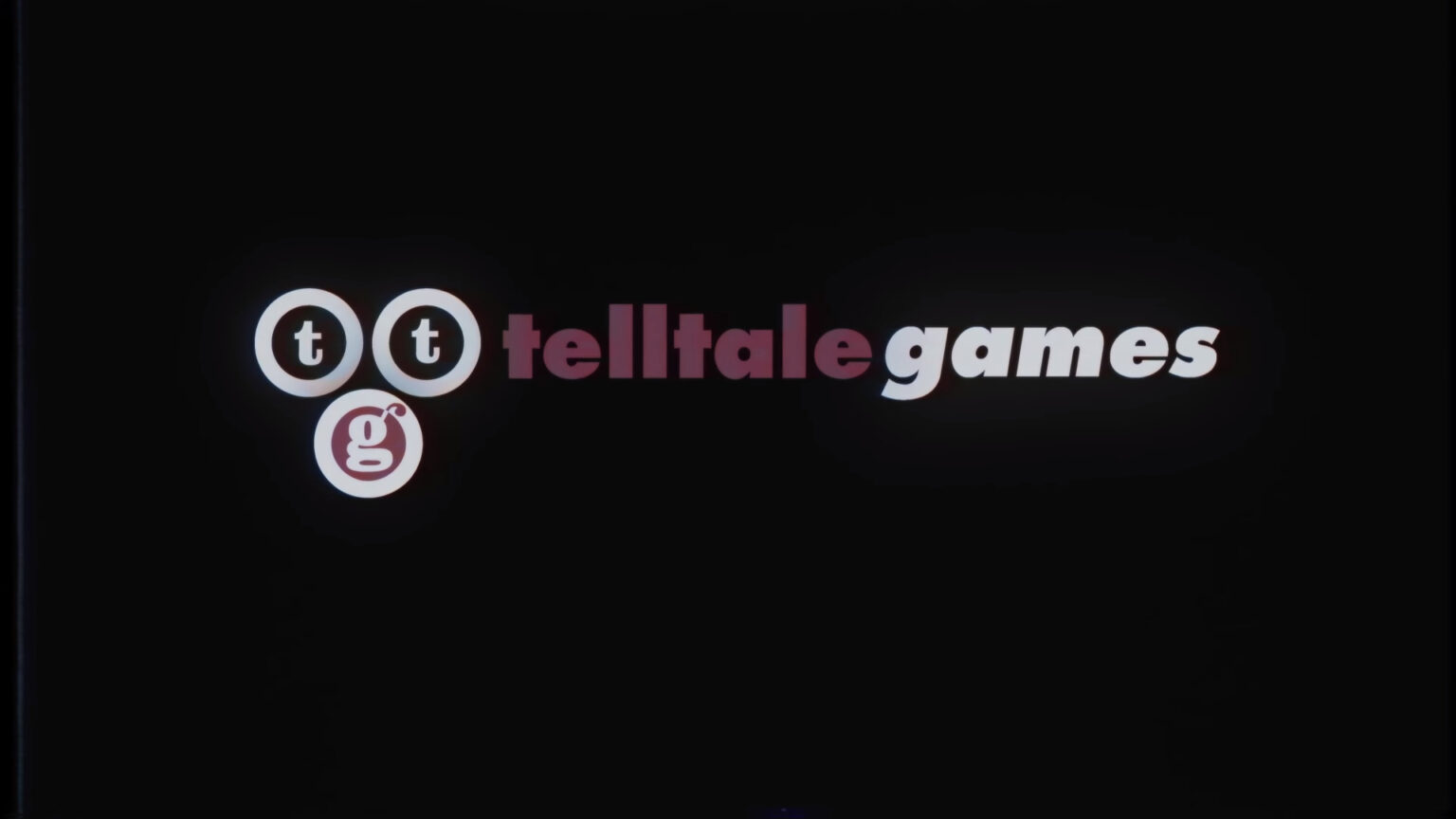 What’s Going on with Telltale Games?

From collecting IP licenses like the Infinity Stones to imploding after biting more than they could chew, eventually filing for bankruptcy, the folks over at Telltale Games have been through the proverbial ringer. After being acquired and relaunching the brand under LCG Entertainment in 2018, it seemed Telltale Games has been more focused on getting itself back on its feet rather than pumping out games like the olden days. In fact, no new titles have launched under the new Telltale belt since its resurrection.

Despite announcing a follow-up Season 2 to the long anticipated The Wolf Among Us, one of the few licenses Telltale managed to keep after closing, Telltale Games has remained tightlipped on the game’s status or any of their projects.

That is, until last week.

During the 2021 Video Game Awards, Telltale Games announced a new game and IP it would be tackling in the coming year: The Expanse: A Telltale Series. With Telltale Games’ production gears finally set in motion, it’s about time we examined what’s going on with Telltale Games.

Recap of the Demise and Rise of Telltale Games

To speak of Telltale Games in its current iteration would not be painting the whole picture. Telltale Games’ social media is adamant about distinguishing itself as the ‘new’ Telltale Games, not the old one. So, to understand the need for the distinction and what has led to Telltale Games’ trajectory today, we need to rewind and delve back into 2018:

The final days of Telltale.

By this point, Telltale Games had forged quite the reputation for itself, due in part to the massive success of its episodic The Walking Dead licensed video game series in 2012. Its subsequent ventures in other intellectual properties, like Fables’ The Wolf Among Us, Gearbox’s Tales from the Borderlands, and more cemented it as an industry leader in the production of episodic content, reigniting industry interest in adventure games. It had quickly acquired other intellectual properties, such as Game of Thrones, Batman, and Minecraft, to develop games for the respective franchises with its choice-dependent formula. Even with the studio’s demise in 2018, memes like “so-and-so will remember that” persist even now.

However, Telltale had branched out too quickly, sticking too many fingers into uncooked pies. It churned out title after title without taking into account that certain series wouldn’t perform too well, along with the issues prevalent across all of its major games, issues the studio did not iron out despite years of time. Lack of innovation in Telltale’s games was also a prominent issue that soon led to creative decay within the studio.

Also, before the studio’s closure, anonymous employees began regaling their tales of working with Telltale, speaking of financial, creative, and executive troubles running within the company. Industry issues of crunch culture, toxic workplace environments, and stagnant creative directions were all warning signs that pinged the radars, telling the world that things were beyond okay with Telltale.

Though some outlets and onlookers at the time could have dismissed these statements, none could stand to deny them when Telltale officially closed its doors on September 21, 2018, cutting 90% of its workforce that day. The Walking Dead protagonist Clementine’s voice actress, Melissa Hutchinson, recalls how she was in the middle of a recording session for the then final season before being told to stop production altogether. It was a turbulent time for all individuals involved and in hindsight, it makes sense why the current Telltale is doing its best to distance itself from that prior image.

After having what remained of its assets acquired by LCG Entertainment in 2019, Telltale rebranded and relaunched later that same year, but in name only. It has also made efforts to restaff, offering positions to new employees and previous Telltale staff (though, understandably, many are skeptical of re-taking their posts). Those who left Telltale went on to partner themselves with other studios or form their own, like Dramatic Labs, a studio comprised of Telltale veterans who are making Star Trek: Resurgence, a choice-driven game that is right up Telltale’s ally.

Since then, despite announcing The Wolf Among Us Season 2 (TWAU) in late 2019, Telltale has not produced or developed anything new, aside from remastering older games and content from their library (and what little IPs it still held the licenses to).

Still, news was news. With Telltales’ announcement of pre-production for Season 2, long-awaiting fans would have something to look forward to in the coming future. With how frequently Telltale Games uses Twitter to tease fans about TWAU, fans were only getting hungrier and hungrier.

That’s why the news Telltale gave at the 2021 VGA caught people off guard.

Surprising many, after nearly a year of radio silence, Telltale Games announced their first game after its rebranding and launch. Spoilers, it wasn’t The Wolf Among Us.

Taking on the license for a new IP, Telltale Games would be producing a game taking place in the universe of The Expanse, an American sci-fi TV series based on novels of the same name. The trailer, produced with Unreal Engine and rendered in-game, featured solid voice work and writing reminiscent of Telltale’s previous work.

Titled The Expanse: A Telltale Series, the game will be canon to the larger universe of its original work and features series-renown character Camina Drummer, portrayed by her original actress Cara Gee, who takes center stage in the intrigue and drama within the far-flung recesses of space.

Beyond this, not much else about the game, or gameplay, is known. Since it is a Telltale Game, there are recurring mechanics we can come to expect, like dialogue choices, quick-time events, and decisions (both pointless and meaningful). However, Telltale isn’t producing The Expanse on its own. Deck Nine, the team behind Life is Strange: True Colors, is on board, co-developing the title with Telltale. Given the two studios’ penchant for decision-based, episodic adventures, this seems like it will be a beneficial and fruitful partnership.

What bearing this will have on the gaming side of things is yet to be seen. We can expect solid writing, hard decisions, and the classic Telltale gut-punch finales, but anything beyond that is up in the expanse of speculation. The game’s release date has not been announced either.

Understandably, many fans took Telltale’s news of launching a new IP rather unfavorably. These are people who have been burned before and are twice shy about getting their hopes up with the same company that folded several years back after branching out too much and too fast.

However, Telltale Games made it clear that they have not given up on The Wolf Among Us Season 2 and are still working on the game. Telltale CEO Jamie Ottilie and staff have gone on record to say that The Expanse will not affect the production of other Telltale projects that are already in development (which means nothing on Batman Season 3, sorry Batman fans).

“We are applying modern production methodologies to the overall structure of the company. We are building a focused and talented team internally, and we will support that by partnering with the right companies and individuals on a per project basis.”

The company simply did not have enough news about The Wolf Among Us to warrant an announcement in time for the 2021 VGA. Though that is disappointing, it is still great to hear that the game has not been forgotten about. Along with this new work team structure, Telltale has also confirmed that TWAU is being developed with the same engine featured in The Expanse, which shows a remarkable improvement visually from Telltale’s previous proprietary works. Telltale has also gone on to say that it will be answering a lot of questions fans may have in an upcoming interview with Game Informer.

It is with cautious optimism that we hope the new Telltale Games emerges successfully from the ashes of its muddy past and does right with both its employees and its fans. Everyone’s earned it.