Update: Hulu is on Switch, the article has been changed to reflect this.

The Nintendo Switch is selling like hotcakes and has officially outsold the lifetime sales of the Wii U. Nintendo did a great job supplying Switch owners with a steady stream of first party games and a dash of indie game releases in between. Almost every game sold on the Switch is selling crazy numbers compared to its Steam, Xbox, or PS4 counterparts. One developer mentioned that the Switch version of Oceanhorn sold more copies on Nintendo’s hybrid console than all the other platforms combined. This is a recurring theme with several indie game developers who are finding a brand new audience with a huge attach rate. Don’t forget to check out Joseph’s list of the best indie games that you can buy on the Switch right now!

There is certainly a healthy indie scene developing on the Switch that is gaining ground. A while back, Nintendo supported this initiative with a video that highlighted all the great indie games coming down the pipeline. Nintendo called them Nindies; it’s all about that marketing, baby! While the Switch is off to an amazing start, which surprised everyone, there are still some flags and hurdles that Nintendo will eventually need to address.

This is 2018 and the Switch currently supports no meaningful multimedia apps at all. There is no Netflix, YouTube, HBO GO or any other kind of app to connect to social media. Many have argued that having said apps will just clutter the clean looking UI of the Switch. I completely disagree because the Switch needs these apps to stay competitive with other hardware devices. We live in an age where kids as young as eight or nine have phones and tablets. Having no streaming apps hurts customer engagement with a device that only plays games.

It would be a major advantage for Switch owners to have these apps. Imagine watching Netflix on the Switch with your TV and taking your favorite show with you to bed or on the couch. I know that Smart Televisions can fulfill this role also, but not having streaming apps will make people reach for another device instead. This creates a reason for consumers to ignore the hybrid console, unless the person is only wanting to play.

There is still no chat functionality for the Nintendo Switch! With multiplayer games like Payday 2 arrive on the Switch soon, this is a serious issue. Without a committed solution to communicate with team members or random players, games like this will prove to be very difficult. It’s a shame that the Switch itself was not built to support such a basic feature that’s available on most other platforms.

The best solution that I’ve heard being kicking around is for Nintendo to partner with Discord. Discord’s app is becoming a staple for many players, and the go-to program for their communication needs. Hopefully a revision, or the next hardware update, to the Nintendo Switch will include the implementation of voice chat. The biggest argument against having voice chat is kids playing with random strangers online. Yet the media loves to ignore the fact that kids are already playing games like Call of Duty: WWII (CODWWII), PUBG, and Fortnite on other consoles. I don’t want kids to be exposed to harmful language either, but Nintendo needs to find a solution. Games are becoming services that require both time and player engagement.

The most horrific thing that a Switch owner could experience is having to send in your system to Nintendo. Recently IGN’s Brian Altano had this happen to him:

I sent my Switch to @NintendoAmerica for repairs (it stopped connecting to the dock) hoping they’d do a system transfer to a new Switch for me.

Instead, they lost ALL of my save data for my dozens of Switch games (Zelda, Mario etc)

Nintendo, you NEED a cloud save system ??? pic.twitter.com/HmcMq29s7u

Nintendo needs to create a cloud saves system or we could all lose hours upon hours of progress. Nintendo did rectify one of the biggest problems on the Wii U and 3DS with the Nintendo Switch. Games that a Switch owner buys digitally are now tied to their account, rather than the system itself. Before, you would have scenarios of customers trying to prove to Nintendo which games they bought when their handhelds became lost or stolen. Sometimes people had to file a police report to prove to Nintendo customer support to reclaim their purchases on a different system.

The problem isn’t that Nintendo is ignoring their fans’ feedback, but the fact that they’re a Japanese company. People don’t understand that Japanese companies deal with a fair bit of bureaucracy that even rivals some governments. Nintendo would have to build these systems from the ground up or purchase an existing product that is able to. It’s still surprising that the Switch still doesn’t offer cloud saves, though, considering that DeNA, Nintendo’s mobile platform partnership, has experience with these sorts of issues.

Nintendo recently announced that they’re pushing back the launch of their paid online service until September of 2018. This could mean that we might see some revisions to the system’s UI, and we could see announcements of these changes during E3 or a Nintendo Direct at a later date.

The best case scenario would be that the Nintendo Online Service provides online multiplayer, cloud saves, and Virtual Console. Netflix and Hulu apps are most certainly on the way considering Japan launched NicoNico on the Switch. I’m hoping these issues can be resolved this year and bring the system to parity with the other consoles on the market. 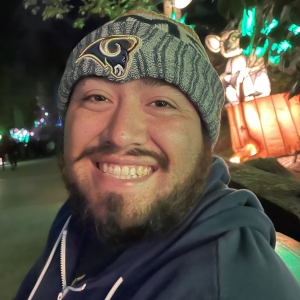 Kevin loves a wide variety of games but especially loves the ones that can challenge his skills or present an amazing story. He is an avid Transformer collector and comic book fan. Kevin's greatest strength is being able analyze a game for it's design choices and mechanics. He hopes to become a great writer and help foster a positive gaming community. Follow me on Twitter @Superior2099

What a load of crap… It’s a gaming device not something to watch trash on, yea chat is abit meh but really it’s nothing,and cloud saves??? Who cares… Imagine being back 10 years ago with nothing in your console did you complain then?

something like 9 years ago is when we got netflix on consoles, so it’s not far from your 10 year mark, also even if cloud saves were not around back then, there were ways to copy your save data to an external drive/usb stick, so in case your console broke you still had a back-up. It’s hard to complain during a time when something didn’t exist, it’ exists now, and on everything, so it’s only logical to presume it’s coming.

Ummm, If it doesn’t have Hulu, what app did I just get finished using on my Switch? It said Hulu, It connected to my Hulu account, and I watch The Musketeers…. have I been duped by Nintendo? No, I haven’t, You just didn’t do your research properly.