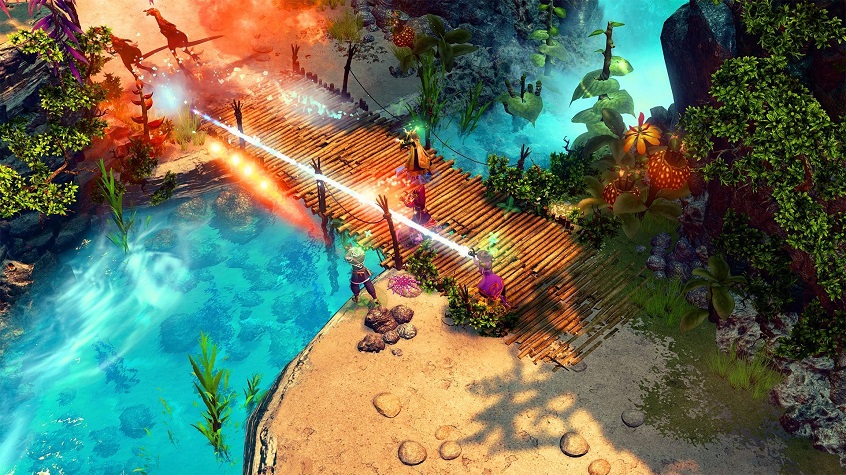 Frozenbyte Announces Nine Parchments for PS4, Xbox One & PC Trine and Shadwen developer Frozebyte has revealed its next game as the twin-stick fantasy shooter Nine Parchments. This four-player co-op shooter focuses on slacker wizards in training who have decided to forego their formal education after two years of their nine-year academic program. Further information […]

Shadwen Launch Trailer The stealth genre is at its best when it has a fair amount of improvisational action thrown into the mix. After all, there isn’t anything inherently fun about hiding if that’s literally the only thing you do. Shadwen, the new title from Frozenbyte Games, notable for the development of the Trine franchise, […]

Shadwen Launches May 17 – PS4 & PC Shadwen is a stealth-action game which has players striving to remain undetected. The story follows Shadwen, an assassin who plans to kill the king. On her way to perform the assassination, she meets an orphaned girl, Lily. The player will have to decide whether they will risk […]

Shadwen Coming to PS4 & PC in May

Shadwen Coming to PS4 & PC in May The latest game from Trine developer Frozenbyte, stealth-action title Shadwen is scheduled for a May 2016 launch on PlayStation 4 and PC. Playing as an assassin on her way to kill the king, you must follow the game’s one rule of never getting caught, as it’s game over […]