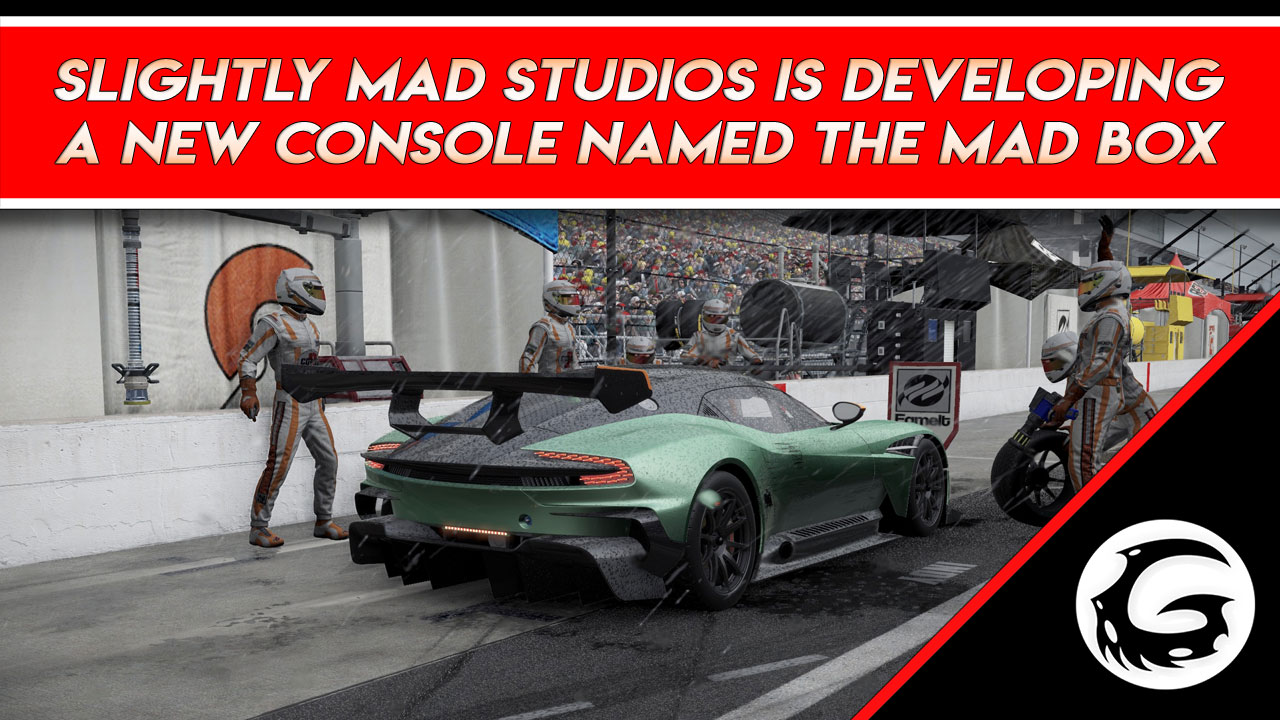 Project CARS developer, Slightly Mad Studios is developing their own console named The Mad Box, claiming that the console will be “the most powerful console ever built,” since it will support 4k, and run VR games in 60FPS per eye – or 120FPS as a whole.

One of the details that Bell said about the console is that it will support VR headsets such as Oculus and HTC Vive, existing PC peripherals, fight sticks, and racing wheels.

“It will support most major VR headsets and those upcoming and the specs will be equivalent to a very fast PC 2 years from now, we’re in early talks with manufacturers of components so we can’t say much more right now other than we have the designs speced out in detail.”

“Slightly Mad also has multiple investors behind the project, and won’t offer exclusivity incentives to developers.

Bell says The Mad Box is expected to ship to market in “around three years.”

Founded in 2009 – we’re the award-winning team behind the Project CARS franchise, and era-defining games such as the GTR® series, Need For Speed® Shift™, Shift 2 Unleashed®, Red Bull Air Race – The Game, and many other top-tier games.

The vision to be bold, the passion to lead, the experience to succeed. Led by visionary CEO Ian Bell, Slightly Mad Studios’ management team has been in place for two decades and have redefined game production with their critically-acclaimed, multi-million-unit selling games, innovative business models, and award-winning distributed development system.

About the Madness Engine