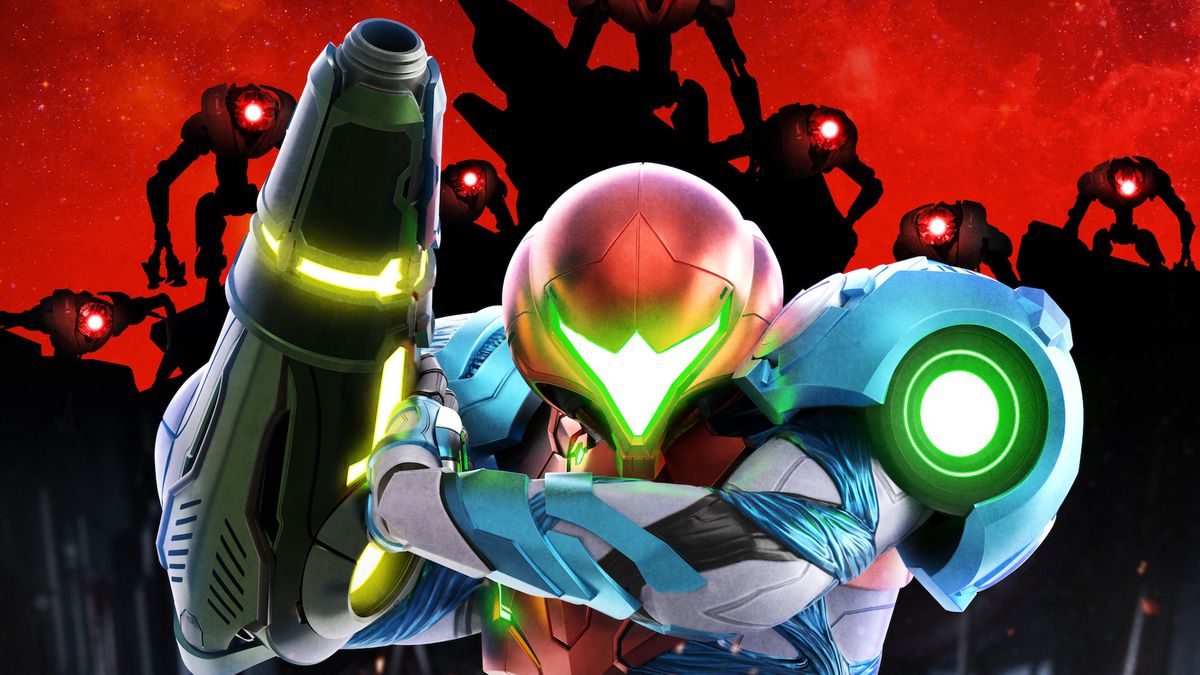 Nintendo had quite the showing during this year’s E3. From the reveal of the next Super Smash Bros. Ultimate fighter, the revival of the classic tactical-RPG Advance Wars, and a glimpse into the next Zelda game, the industry giant covered great swaths of its gaming landscape. Among them, Metroid Dread was an absolute show-stealer.

From its development, setting, and atmosphere, here are top ten facts you should know about Metroid Dread.

Though longtime fans may be intimately aware, Metroid Dread’s showcase during E3 2021 was not the title’s first showing. In fact, the Metroid Dread trademark first appeared way back in 2005 when IGN got an official Nintendo internal software listing that revealed key DS games to later be released.

All of the games on the list were eventually released; except one. Metroid Dread was among the games listed by Nintendo. Despite the circulation of rumors, concerns, and the usual media mill, nothing regarding Metroid Dread was revealed in subsequent years until 2010 when series key figure Yoshio Sakamoto confirmed its existence. However, he also coupled his words by saying that if Nintendo were to start development again, it would have to be “from scratch.” Sakamoto also stated that they would be “watching and waiting” to see if interest still existed for a game like Dread before resuming development. Looks like there still was.

Dread’s biggest hurdle, according to Sakamoto, was technology. Being originally envisioned in 2005 and then being continually developed over the course of the next several years, Dread has been through the development gauntlet. The game’s vision and ambition grew far beyond the scope of what was capable at the time, given that Dread’s originally slated launch console was the Nintendo DS.

Another version of Dread was being developed in 2008 but Sakamoto claimed that the 2008 iteration deviated from the vision Dread was imagined with, playing more closely akin to Metroid Fusions, and was thus ultimately scrapped, halting further development.

Thanks to the advent of improved consoles and tech in the following years, it looks like prime time for Metroid Dread to bask in the limelight once more.

As the name of the game implies, Metroid Dread will have a bigger emphasis on horror than previous Metroid titles. Both 2D and 3D Metroid games excelled at giving players the eerie feeling of isolation and thick tension via alien worlds meshed with foreboding environments. In spite of it all, the series’ protagonist Samus was able to prevail with her (and by extension the player’s) tenacity, inventiveness, and readiness with the arm cannon. A couple of missiles didn’t hurt either.

However, Dread introduces a new enemy type that will instill said feeling into players before long. On top of dealing with isolation, they must now make peace with being constantly pursued by an impervious enemy.

EMMI is the designation given to the Galactic Federation’s galaxy-threatening parasite killing machines. As per their prerequisites, they are some tough metal cans designed for some heavy-duty fieldwork. Their current mission objective? Eliminate Samus Aran at all cost.

Akin to hulking behemoths reminiscent of Resident Evil, they cannot be harmed by Samus’ conventional weaponry and must be avoided in direct confrontation at all costs. They are sensitive to noise and sight and will relentlessly pursue Samus upon detection.

Different EMMI’s are assigned to the various sections Samus will be exploring in Dread. Each presumably has different abilities and MOs for being able to track Samus. So far, we’ve seen green, gray, and white models make an appearance. Though their armor and condition may differ, they’re still the same dangerous threat nonetheless.

It wouldn’t be a Metroid game without collecting power-ups and upgrades through constant exploration. Dread continues the tradition of Samus finding upgrades to her suit and weaponry via exploration of the surrounding environment. Upgrades like missile capacity expansions and suped-up arm cannons return alongside additions of new abilities Samus has at her disposal.

Among the ones showcased, some of the new abilities were an invisibility cloak, spider magnet, and a slide ability. The spider magnet allows Samus to cling to certain walls and ceilings normally deemed unreachable via conventional platforming strategies and will be unlocked later through play.

The invisibility cloak dubbed the Phantom Cloak makes Samus invisible. Its main use is to avoid detection from EMMI’s, which can be attained if the hulking robots don’t see you. Just make sure not to move.

The slide is a new ability that Samus starts the game with, aiding in her platforming maneuverability, combat finesse, and overall mobility. It’ll come in handy when running away from the aforementioned EMMI

With how the Metroid series’ chronology works, Metroid Dread, the fifth main game in the franchise, marks it as the latest chronological Metroid game, with that title previously belonging to Metroid Fusion.

In Fusion, a parasitic organism known as the X puts the galaxy in peril. Their ability to replicate not only their hosts’ appearance but also their knowledge could threaten the entire universe if not eliminated. Despite being infected by the X herself, Samus saves the day, blowing up planet SR388 by ramming the Biologic Space Laboratory into it and preventing the X from spreading.

In Dread, Samus receives a transmission from the Galactic Federation that the X are still alive on planet ZDR. Though the Federation dispatched seven EMMI bots to take care of the problem, they have lost contact and need Samus to investigate.

Killer robots and a deadly parasite? Just another Tuesday for dear old Samus.

4. Dread will conclude the Metroid arc of Metroid

A key detail that producer Sakamoto mentioned during E3 developmental history segment for Dread was how it will mark the end of the story arc of the curious relationship protagonist Samus Aran has with the otherworldly Metroid aliens.

Though he did not elaborate any further, Sakamoto wants fans to be aware of that fact as they play, keeping it in mind. It raises some interesting questions for Dread and the future of the Metroid franchise as a whole. If this is the last arc of the Metroid-related saga for the series, what sort of bearing will that have for games to be released in the future? Could this be the final Metroid 2D game? Hopefully, that will be answered once Dread launches.

Fans who enjoyed Metroid: Samus Returns will be pleased to know that MercuryStream, the developer of the 3DS game, is returning to co-develop Metroid Dread with Nintendo EPD. Sakamoto stated that it was due to MercuryStream’s capability, aesthetic, but most importantly their understanding of what makes a good Metroid game that the door to Metroid Dread development opened again.

It is also great news to hear that Dread is being co-developed in immensely talented and capable hands.

Metroid at its core is a 2D action game featuring one of the most powerful bounty hunters known in the galaxy. Dread aims to appeal to longtime fans and bring in new ones with its gameplay loop, one that cycles between platforming, combat, puzzles, and exploration.

Despite the venture into horror, Sakamoto stated confidently that the essence of what makes a Metroid game a Metroid game is still very much a core part of the overall experience. Also, the changes and additions brought on by Metroid: Samus Returns like free aiming and melee counterattacks are being brought back to give a more fluid and modern experience to the classic Metroid formula.

Metroid Dread’s announcement at E3 marks the release of the first new 2D Metroid game in over 19 years, with the last official game being Metroid Fusion in 2002. It is a triumphant return back to the series roots and a reminder to all from where the series began, all while intermixing elements of Metroid new and old.

Metroid fans are a starved bunch. Metroid Prime 4’s delays and subsequent project restart certainly did them no favors but now they have something more immediate and tangible to get their hands on as Retro Studios continues building towards the next Prime adventure.

Metroid Dread releases on October 8th, 2021 for the Nintendo Switch.