Codemasters announced its next upcoming title in arcade racing genre and surprisingly that’s a new entry for Grid series coming five years after Grid: Autosport to inject a fully new blood to the franchise on the edge of next generation.

The British developer and publisher officially announced during a press release that Grid will be coming to current-gen consoles plus PC on September 13th this year. The game is targeted to be a reboot but still imply a different experience than what you’ve had before. Following series of events and tournaments in four different continents, you will race through famous tracks and beautiful cities to overtake every last driver in the competition before you reach the finish line.

Circuit, Street Racing, Oval, Hot Laps, Point to Point and World Time Attack are bunch of different modes in the game that each one has its own unique experience to offer, thanks to the various rules and creative ideas behind them. Besides, the game features a wide variety of vehicles from classic and muscle cars to GT and Supercar classes.

According to Codemasters, the new Grid is aimed to satisfy who look for a fun arcade racing as well as those who are in search of a realistic race in fancy places and expansive cars. Thanks to the game’s AI and detailed gameplay, both group of the players will enjoy their time with Grid. Chris Smith, Director of the game, said:

GRID is a series that our community loves, and we’re very excited to bring it to the next-generation consoles. The game offers a lot of variety and depth, with many modern or legendary cars to drive in different locations and in different racing formats. Renowned for its grip, the game will appeal to all types of players, whether they are just there to have fun or they are fans of more serious simulations.

We are also delighted to be working alongside Fernando Alonso, who is arguably one of the greatest pilots in history. His experience and knowledge have allowed us to improve the performance and behavior of cars. We are extremely proud to see him participate in the development as a Race Consultant, but also to have it integrated into the game. We are eager to see our players discover the final version of the game when it will be available on PlayStation 4, Xbox One and PC in September.

While the developer promises a fully responding handling for cars, there will be a highly detailed damage system in the game that will monitor the car’s weaknesses and affect on its performances in a way that you can feel it through your drive. On the other hand, the game also utilizes a Nemesis system in which AI drivers will remember you if you do any harm to them and as a result they will try to reach you in order to take revenge.

Moreover, Fernando Alonso, famous F1 driver, is also a part of development team as Race Consultant to advice the developers to deliver most realistic experience possible while still holding the limits for an arcade racing. Talking about his collaboration with Codemasters, Alonso said:

Since I have driven in F1, Endurance and Stock Racing, GRID is the ideal game for me, and I am very happy that the studio has added me and my team, in this opus . GRIDoffers a lot of variety, and I can not wait to see the players come to me.

Grid will be available on PS4, Xbox One and PC on September 13. No Epic Games Store exclusivity has been announced yet about the PC version of the game. 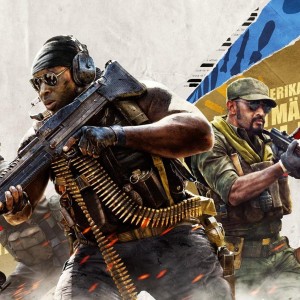