The game was review on Playstation 4, with the review copy provided by Gaming Instincts 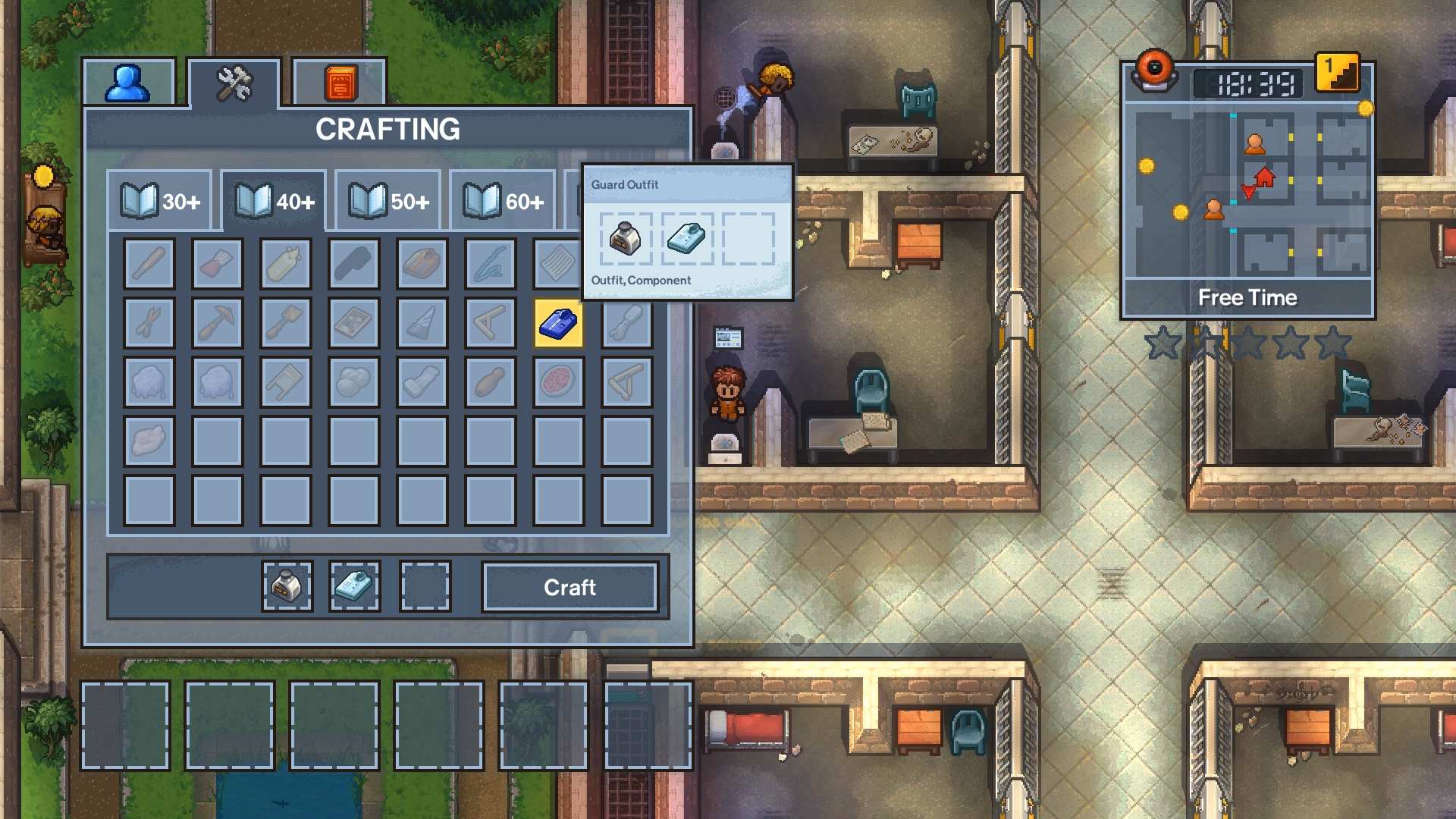 The Escapists 2 is a sandbox game created by Team 17. This is the sequel to the 2014 prison break simulator and follows a similar formula to it’s predecessor. The Escapists 2 sets itself apart with the many new ways to interact with the world, and the sheer amount of things that are possible. You’ll have escaping on your mind, but it’s not gonna be the only thing. There is much more to do in the world of The Escapists and with Team 17’s new title, you’ll find yourself with too much to do. I wasn’t too familiar with the first game but I think after my time with The Escapists 2 i’ll have to go back and give it a try. It’s almost like a mashup of several different genres and it works well as they all incorporate into an exciting theme. You don’t have to play the first game to understand this sequel. You get to go to prison, lucky you, where a shanking doesn’t kill you, but rather knocks you down a few pegs and takes your stuff, your precious stuff.

The Escapists 2 features drop in/out local and online co-op for up to 4 players. Which means you and your friends will get to work together. Utilizing this feature makes the game so much more intense as you and your friends will be counting on each other to make sure your breakout goes perfect. Playing in co-op was a blast as each of us had our own objective to complete and things were able to run like clockwork, it was all for one and one for all, at least until we got into versus mode. Go head to head in the versus mode and figure out which one of you is the real breakout artist. Beating my friends over the head with soda cans and coffee mugs was pretty funny as I scaled the fence of freedom, their unconscious and probably concussed bodies beneath me.

Playing with friends is something that really brings this whole game to the light. Playing solo is great and all but over time you kinda feel trapped, almost like your in prison. You and your friends can MacGuyver your way around, each one of you arguing about who gets to be the leader and who’s plan is better. Ultimately one of you will probably make a mistake that gets everyone made and your plan busted but hey nobody’s going anywhere anytime soon.

During our time playing The Escapists 2, we were surprised at the level of customization the game. From creating your character to the new crafting system, we felt as thought we could really make this game our story. The tutorial gives you the basic rundown on crafting but it took a little while for us to really become familiar with it. Your able to craft a variety of objects from soap-socks to pickaxes for escaping or for brawling. While the new systems are awesome and there’s a lot more to craft I personally found the menus and use of items to be clunky at times. I found myself accidentally choosing the wrong item and using it on the wrong things.

Combat is a joy to encounter whenever you can in The Escapists 2. Using both heavy and light weapons you can switch up your attacks to take down foes with ease. Charge in head first or play it safe by blocking and waiting for the right moment to strike. Or pickup something next to you and just bash your enemy with it as much as you feel like it. Just make sure to grab a soda or a plate of slop to regain your energy. Watch out though, because you may have your stuff confiscated or stolen if you decide to be in the wrong place at the wrong time.

The Escapists 2 is also a very good looking game. Featuring multiple prisons, each unique and built to last. With deeper colors and more rich environments the game looks awesome. Still retaining that classic look, the game features new unique sprites with a good amount of detail. Allowing us to create a pretty unique character that looks like he came straight out of Mad Max. We could even choose to play as a female prisoner if we wanted to. The character customization allows for deeper immersion into the game and it was pretty fun toying around with the possible looks of our character.

For a game called The Escapists, it’s not always about escaping. There are times where you wonder if you really want to leave or not. With all the prison activities you may change you mind about hard time on the inside. In our time playing we picked up many different hobbies. One of which was a band we joined and together we rocked out. On the inside you gotta look tough so we also made sure to lift weights on the daily to keep up appearances. You’ll always find something to do to pass the time in The Escapists 2. Any more time inside and we could’ve been a modern day DaVinci.

The Escapists 2 is choc-full of interesting settings, people and scenarios but it still remains true to the core objective of the game, escape! While also adding life to a place that normally you wouldn’t think would have so much of it. The game was fun for us and we hope it’s as fun for you. Craft, fight and cooperate with your friends to get out in The Escapists 2. Be sure to check out the official page for the Escapists 2 here. Pick it up August 22nd for the Xbox One, PS4 and PC.

The Chant Gets New Story Trailer

The game will launch this fall

18 players competing against each other “in an elimination-based Stuntshow”