Ashe is Overwatch’s latest hero, and promises to be a force to be reckoned with in the right hands. To make sure those hands are yours, Gaming Instincts has put together this guide to get you up to speed with Overwatch’s new outlaw.

I’m Jake Logan (FaultyOptics), and welcome to this guide for Ashe.

Ashe is absolutely a DPS hero, and most of that DPS is going to be coming from the Viper, her main weapon, along with a clever combination of her other abilities. This Overwatch guide is going to walk you through those abilities to make sure you know how best to use Ashe. So without further ado, let’s start with the Viper.

The Viper is Ashe’s primary weapon and, as a hitscan hero, her primary source of damage at a medium to long range. It has two firing modes; a semi-automatic mode that sprays slightly with a high rate of fire, and an ADS (aim-down-sights) mode that shoots much slower, but deals high damage.

The primary fire mode is akin to a weaker Fan the Hammer (McCree), and is suited to finishing low-health enemies, spraying at big targets, or harassing fast enemies at a short range, where there is simply not enough time to scope.

At other times, aiming down the Viper’s sights is the go-to for Ashe, and players should try to avoid using the hip-fire mode whenever possible, as a carefully aimed ADS shot will deal significantly more burst damage. Despite the higher damage, an ADS headshot is not enough to one shot 200 HP enemies, dealing around 170 Dmg. But remember that pairing Ashe with a damage boost, such as Mercy or Orisa, or shooting a 200 HP target with a Discord Orb from Zenyatta attached, will one shot them.

It’s worth noting the Viper’s unique reloading mechanic too. The magazine contains a healthy 12 rounds before needing to reload, but players will need to manage that reload carefully as it takes a significant amount of time to individually reload a full magazine’s worth of rounds. Instead, Ashe can fire a few shots off before taking cover, which is the perfect time to top-up her magazine. The reload can be cancelled at any time by aiming or shooting, meaning that in a pinch Ashe can chamber just a few rounds before putting them to use.

The Viper is an incredibly potent main weapon, able to kill squishy heroes very quickly and lay down massive damage on tanks over time. When using her main weapon accurately, Ashe has some of the highest single-target DPS in the game – but most players will need to work on improving their hitscan shots to get the best use out of her main weapon. Nonetheless, skilled Ashe players will be a sight to behold, with many a gold medal won, and countless highlight reels coming our way.

The Coach Gun is Ashe’s [Shift] ability, and sees her whip out a punchy sawn-off shotgun for a quick blast of damage that will send both enemies and Ashe flying. This movement is the Coach Gun’s best use, either for positioning Ashe to take a better vantage for using her other abilities, or to disengage from a potentially lost duel with a tank or harassing assassin.

The burst of mobility is amazing for Ashe, allowing her to cross gaps and access terrain she otherwise wouldn’t be able to. It can be used horizontally for maximum lateral movement, and doesn’t need to actually hit anything to repel Ashe away. It can be used to massively extend Ashe’s jumps, or even provide a sort of ‘double-jump’ mechanic.

Hitting an enemy will knock them back a set distance, no matter how far they are away from Ashe when hit. This can be used to get some cheeky environmental kills if the situation presents itself. It really serves to push dangerous heroes away from Ashe, and the knockback can be a great moment to shoot otherwise slippery targets. Be careful though, as a Genji deflect will apply both your own movement and the enemy shot knockback, pushing you twice as far back (hilariously).

The damage of the Coach Gun is less useful, but can still finish low-health enemies when needed. This serves as a decent crutch for players with low accuracy when enemies get too close, but that habit will need to be stopped as quickly as possible. Hitting your shots with the Viper needs to be a priority for damage, with the Coach Gun to be used to escape, reposition, or disengage at a crucial moment.

The Coach Gun is an incredible multi-use tool. Mastering its cooldown and when to use it will be an essential part of unlocking Ashe’s potential for controlling skirmishes.

Dynamite is where Ashe’s role as a damage-dealing champion is fully realized. She throws a bundle of lit dynamite forward that will explode after five seconds, dealing both an initial blast of damage and applying a devastating burn DOT (Damage over Time) effect.

The timer of Dynamite can be immediately set off by hitting it with either the Viper or the Coach Gun. This enables Ashe to surprise enemies with a burst of damage that can hit multiple heroes, even ones hiding around corners or behind shields. While the dynamite will bounce off shields, like Reinhardt’s Barrier Field, it can be thrown in a floaty arc that allows Ashe to shoot and detonate it above enemies heads or behind their shields. A well-positioned stick of Dynamite could do massive damage to a typical ‘death ball’ of enemies who believe they are well protected.

Shooting the Dynamite is easy once the player gets the hang of it. But it can be tricky at first – especially in the middle of an intense fight. Remember that the Dynamite is thrown so that when the animation is finished, the Dynamite should be in the middle of your crosshairs (provided you haven’t moved them) as you are able to shoot again. This is best used when the explosion is required immediately at shorter ranges, but longer throws require a combination of good timing and aim.

Use Dynamite to hit hiding enemies, check corners or rooms, or sneak around shields and tanks. The damage over time debuff effect is very potent against all types of enemies, and will absolutely ruin squishier heroes. It also generates a good chunk of your Ultimate charge, especially when hitting multiple enemies. This ability should near-always be on cooldown. Every time it comes up, the player should be looking for an opportunity to deal damage with it.

Dynamite is a really strong tool, even more so in the right hands. As a player’s accuracy with the Viper improves, so will their ability to hit Dynamite for some clutch AOE damage plays.

B.O.B. seems like a relatively straightforward ultimate ability at first. But it has a whole host of great uses and huge potential. When activated, B.O.B. will charge forward over Ashe’s right shoulder, knocking any enemies encountered into the air briefly, and will then stop to start firing his arm-mounted guns like a turret.

Incredibly, B.O.B. actually counts as another hero for many purposes. This is great because he can be healed, buffed, and even Nano Boosted. But this means he can also be put to sleep, stunned, etc. One of the most effective uses of B.O.B.’s hero status, however, and one that many others have overlooked when discounting him as ‘simply a turret’, is that he can contest and capture objectives, or even move payloads all by himself. This means Ashe can continue to rain shots and Dynamite from afar while B.O.B. ‘does something’ for the team. He can hold choke points, act as a deterrent for tricky enemies due to his auto-aim, or simply help out with some covering fire.

It’s also worth noting that his knock-up is an excellent tool against bunched-up enemies, who will all find themselves airborne. This can be the perfect moment for an unblockable Dynamite explosion at their feet, some cheeky Viper shots against helpless targets (200 HP targets will be one shot by Ashe after being damaged by B.O.B.), or even calling for the rest of your team to engage while the enemy is susceptible.

In particular, the recent popularity of the ‘pirate ship’ tactic, which sees a Bastion hiding behind a Reinhardt or Orisa shield on a payload, will be thwarted by B.O.B., who will not only knock the whole pirate-crew into the air, but also contest the payload from moving any further until the enemy has regained their footing and burned down his (quite large) health pool. Meanwhile, your team has the perfect moment to engage while the enemies shields/barriers are temporarily useless, and all of this without putting Ashe in any danger!

B.O.B. is a very useful tool, and should be able to provide Ashe players with a way of controlling shielded enemies on objectives in a way that no other DPS can do – besides maybe Hanzo, but he won’t be contesting the objective like B.O.B..

By combining her ultimate with her other abilities, Ashe promises to be a terror for the enemy team. We can expect her to be seen in the hands of pros from the moment she is released, with some truly epic Overwatch plays to come. Stay tuned at GamingInstincts.com for the hottest gaming news, reviews, guides, tips & tricks and much more. 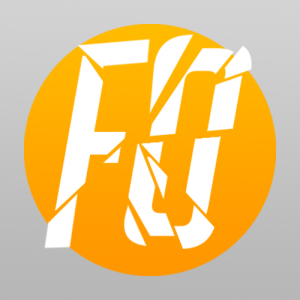 Faulty is a writer on a mission to deliver delicious content straight into your mind-hole along a conveyor belt of pure awesomeness.