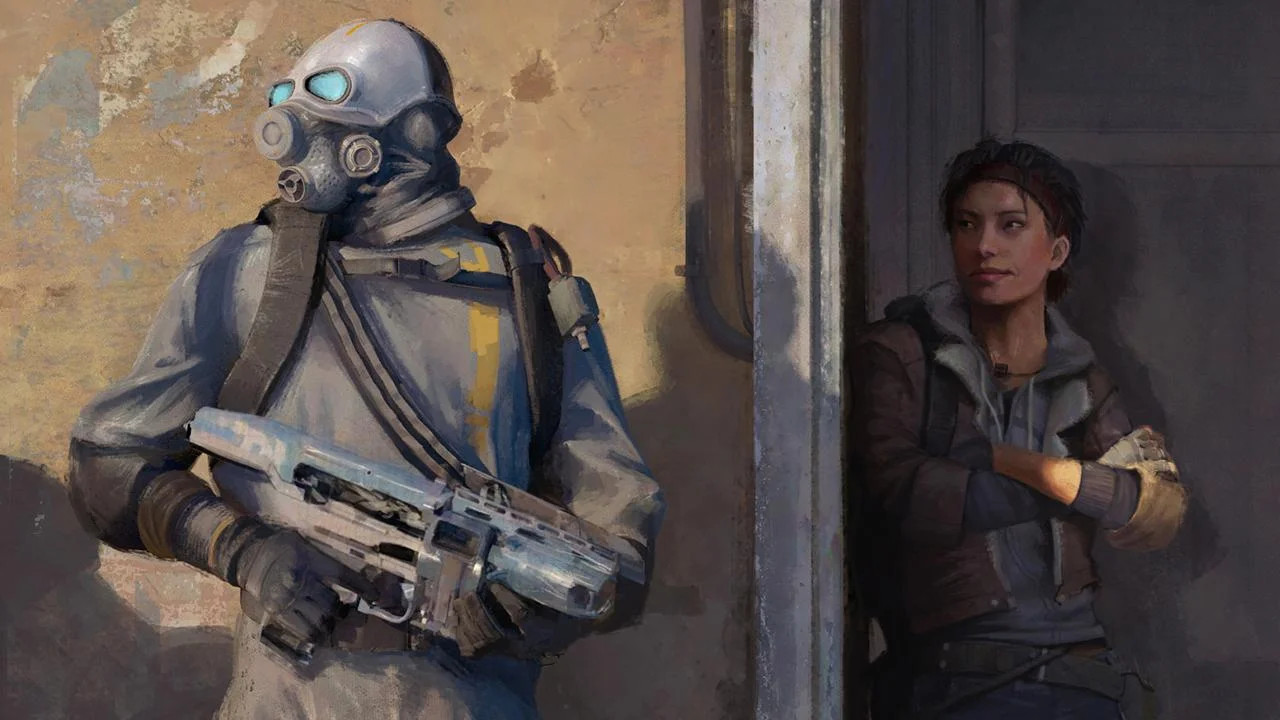 Valve’s new VR game, Half-Life: Alyx, releases March 23, 2020 for VR. The price is set at $60, but Valve Index owners will receive the game free. A prequel to Half-Life 2, players assume the perspective of Alyx—a central character of the series—as she and her father Eli fight back against the Combine’s occupation. Valve is known for innovation and says it’s the team’s biggest project yet, meaning Half-Life: Alyx could revolutionize VR in the same way Half-Life revolutionized the FPS genre.

While optimized for the Valve Index, Half-Life: Alyx will be playable on any PC-based headset, including Oculus Rift, Oculus Quest (with PC cable), HTC Vive, and Windows Mixed Reality. There won’t be a non-VR version of Half-Life: Alyx; the devs felt a mouse and keyboard experience would require gutting much of the game’s interaction and functionality. Valve Index units sold out following the game’s announcement; they can still be purchased, but delivery is not guaranteed before the holidays due to shortages.

Familiar enemies—such as the Combine and headcrabs—along with the nostalgic City 17 are shown in released footage. The player fights in underground subway stations, broken down buildings, and city streets. It looks like Half-Life in every way that counts, which fans of the series will appreciate almost as much as they will the return of G-Man, voiced by Mike Shapiro.

Geoff Keighley tweeted about the game taking over 15 hours to complete, as well as being a “full-blown Half-Life experience, with a rich, vibrant world, immersive combat, great storytelling, and innovative game design.”

The VR scene is still new and craves innovation, especially in the First Person Shooter genre. VR shooters have long struggled with immersion, lacking in graphics and physics. Interaction with the environment is critical to the virtual reality experience, and if a game’s physics system doesn’t allow for anything and everything to be picked up or used, the immersion is broken. Half-Life: Alyx seems to hit the mark on all fronts judging from released videos.

“Virtual reality has energized us,” says Gabe Newell (Valve founder). “We’ve invested a lot of ourselves in the technology. But we’re also game developers at heart, and to be devoting ourselves to a VR game this ambitious is just as exciting. For that to come in the form of Half-Life feels like the culmination of a lot of things we care a lot about: truly great games, cutting edge technology, and open platforms.”

The game strives for immersion and, from the looks of it, is giving the player as much freedom and interaction as possible. Players will scavenge containers for items and ammo, opening lockers, cabinets, and even toilets. One of the demos displays a puzzle more complex than anything conceivable outside of VR. It’s a globe-like hologram that is rotated with one hand while connecting points with the other, showcasing the game’s interactivity. The steam page even states the player will be able to “rip a headcrab off [their] face and throw it out the window.”

The gravity gloves alone are revolutionary; to grab an object, the player points to it (near or far) until it glows orange, closes their hand, and with a flick of the wrist, it comes flying towards them. This alleviates the problem of awkwardly reaching for items or having to bend down to pick something up. The gloves can even pull and catch thrown grenades in order to lob them back at enemies. The experience is improved by removing cumbersome aspects in favor of immersive mechanics.

Though only pistols and a shotgun have been shown, customizable parts like scopes and lasers can be used to improve the flow of action. The pistol lets off a realistic pop with each pull of the trigger, while the shotgun has a resonating crack. Valve confirmed the game will feature only one-handed weapons, but that a second hand can be used to steady guns. The environment has items such as attachable one-use grenade launchers that can be picked up and equipped. Combat seems tense in a good way, and clever tactics such as opening a car door to use as cover are encouraged.

Players will have three options for traversing the virtual world of City 17: warp, blink, and joystick control. Warp rushes the player forward, warping them to a preselected location. Blink does the same, while also blacking out the screen until movement is complete. Joystick control is exactly that, and while displayed in videos, hasn’t been shown during hectic gunplay. More sensitive VR users will enjoy the warp and blink options, while those with their VR “sea legs” may prefer the joystick option. The game will support standing, sitting, or room scale play.

Valve is no stranger to innovation or novelty and Half-Life: Alyx provides plenty of both. VR fans are sure to enjoy the game’s improvements over previous VR FPS titles. However, for people without a VR headset, the question of whether to invest in this new title becomes tricky to answer. Certain Half-Life fans will purchase a headset for the game, while others won’t be able to justify the costs. Gamers not already interested in either VR or Half-Life will be the toughest sell.

The Valve Index Headset (including controllers and Half-Life: Alyx) is $749, a sizable sum for a single game, Half-Life or otherwise. The bundle that includes the two base stations is $999. While the units selling out is a good sign for Valve, it could also be they were underproduced. The HTC Vive starter kit is $700 (not including the game), and Oculus Rift & Quest are $600 & $550 respectively. These price points will cause the game to be out of many people’s price ranges, especially with Xbox Series X and PS5 around the corner.

The amount of non-VR gamers converted by Half-Life: Alyx will be a major indicator of a strong title. Though, even if it doesn’t bring in crowds of new users, it can still revolutionize the VR FPS experience for fans already invested in the hardware. For those who prefer to skip VR in its entirety, take solace in the fact that Valve’s success here may lead to Half-Life 3.

If Half-Life: Alyx is anything like what’s been promised, it will be a genre-defining game leading to a new age of virtual reality. Gamers love Half-Life, Valve knows this and has been working painstakingly on this project to make sure fans will be satisfied. It’s hard to imagine a world where they mess this up; this game is guaranteed to break some new ground in VR.