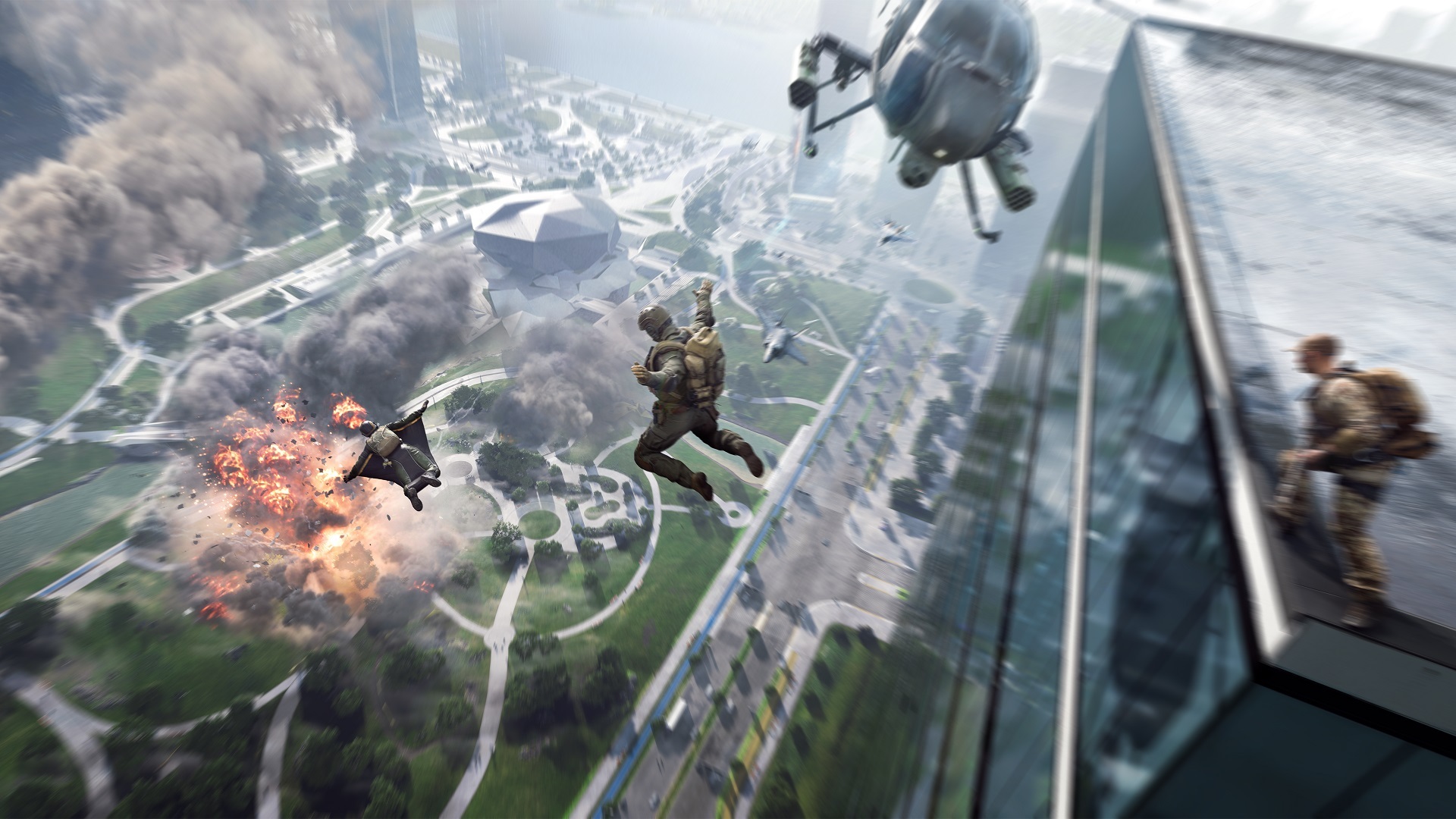 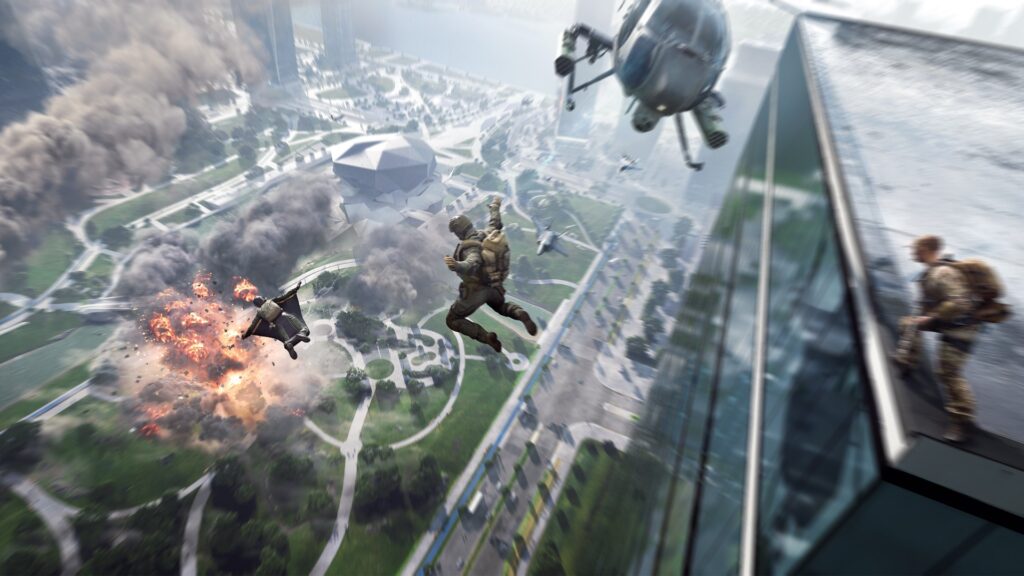 Battlefield 2042 is a return to the franchise’s roots over recent entries in the series. The game will focus on the multiplayer component over having several different modes. This will allow them to put what the series is known for on full display, including large-scale combat, tons of destruction, and vehicular mayhem. Unlike past games, however, this time around the game will feature dynamic weather to the mix.

Because of this blend of old school and new school features, this Battlefield has been the subject of plenty of questions and confusion. Because of this, a new briefing called Answering Your Reveal Questions was unveiled to help get the information out there. Senior design director for Battlefield 2042, Daniel Berlin sat down to answer some of the more pressing questions.

The game will feature specialists, an all-new feature that is inspired in part by the “traditional Battlefield classes”. At launch, there will be 10 total classes available to players at launch. Four of them named Boris, Casper, Falck, and Mackay have been shown off thus far but more will be seen later this year. Each of them will get a Specialty and Trait Unique to them that cannot be changed. This includes the wingsuit that one Specialist uses.

As for the loadout, players are now free to mix these up as much as they want. According to the company:

“Specialists now have the ability to fully customize their Loadout, which means you have to make a choice about your focus on the battlefield. For example, you could opt for a Carl Gustaf M5, which is a unguided rocket launcher effective against vehicles at mid range. Or would you instead like an anti-air approach via the FIM-33 AA Missile? Choosing a more explosive approach for your Equipment slot would mean you won’t be able to carry a Medical Crate, or a Supply Crate, and thus leaves you without health or ammo replenishing options. So choose wisely.”

He then went on the talk about the Conquest game mode, which is seeing two distinctive changes to it. The first is called clustering, which is designed to create areas of activity for players to be engaged in. The second is sectors. These are areas to be captured, but require players to capture all the flags in them before they can be taken.

The briefing goes on to describe a scenario for these changes:

Here’s an example of more fluid and targeted combat in a Conquest match. You are attacking a Sector and you capture the first flag. Previously, you and your squad would immediately be on the move towards another flag. But due to the Conquest changes in Battlefield 2042 you’ve now established a foothold in the Sector and can spawn and confront the enemy to take further flags. This creates a higher intensity fight for the full Sector. Only when the full Sector has fallen do you make the decision on where to go next. This reduces the back and forth running between flags and puts focus on the Sector itself.

This means that PlayStation 4 and Xbox One  Players CANNOT play with PlayStation 5, Xbox Series X|S, or PC players. Next-gen Console and PC players will also get the option to opt out of playing with each other. While prior gen consoles will get the same content, their match sizes will be limited to 64 players while Next-Gen players will cap out at 128.

The game, similar to many multiplayer-focused games these days, will be an always-online experience. This will be regardless of which mode you choose to play, even solo or co-op against bots. AI combatants will also be used to backfill any remaining spots left in a match and as such, cannot be turned off even in full multiplayer.

The amount of content the studio covered in this showcase is staggering and this only covers a very small portion. If you would like to read the full thing you can do so here. Battlefield 2042 will release on October 22, for Xbox One, Xbox Series X|S, PlayStation 4, PlayStation 5, and PC.