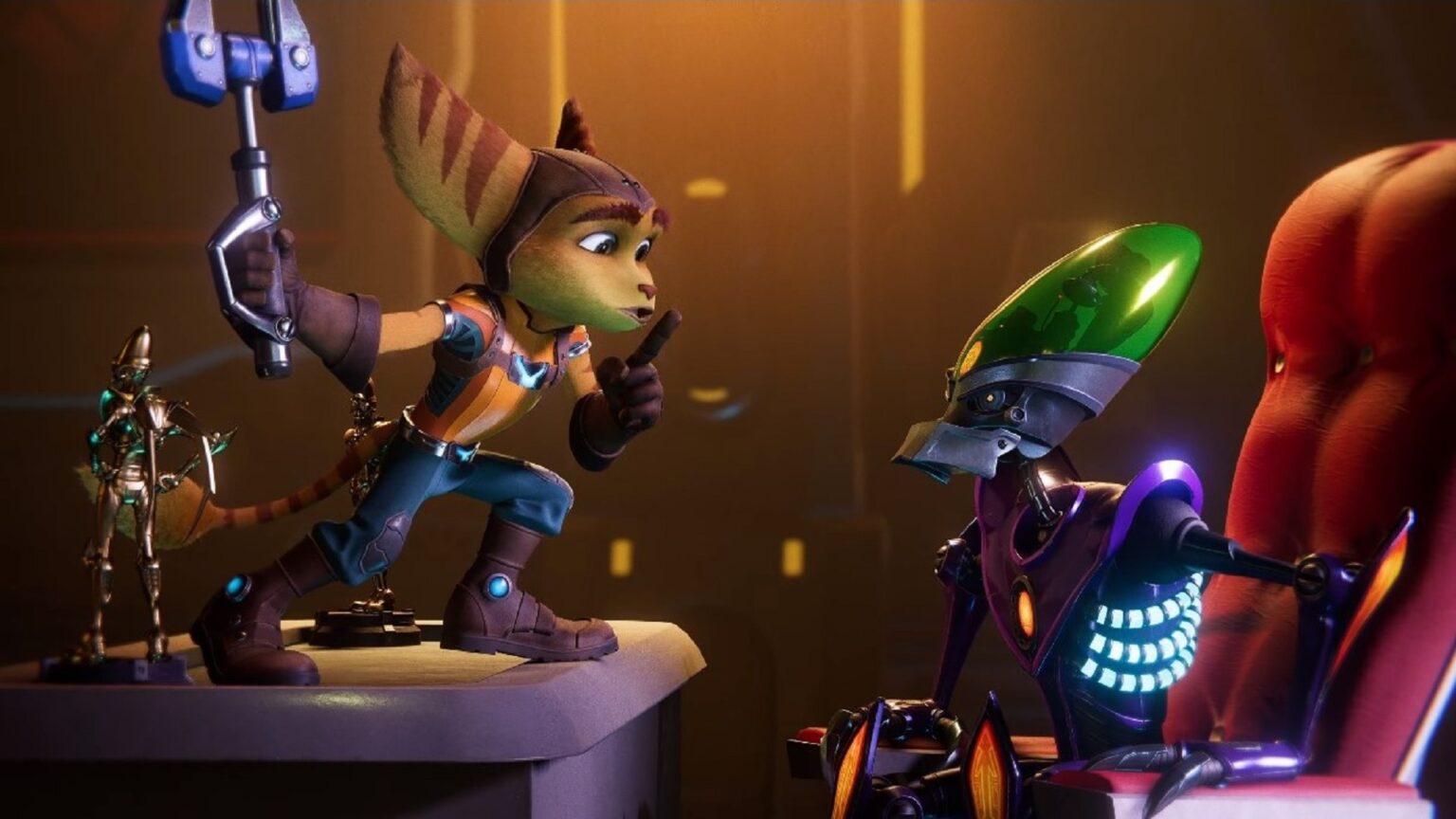 Having close to two decades’ worth of galaxy-spanning adventures under their belts, the headstrong cat-like hero Ratchet and his intelligent robot partner Clank are set to experience an interesting shake-up in formula with their next game, Ratchet & Clank: Rift Apart. Though the specific storyline remains nebulous, Rift Apart seems intent on sending the iconic pair on a whimsical journey across dimensions, rather than just dealing in interstellar travel. This intriguing premise speaks to a desire by developer Insomniac Games to have this new game stand out in the market.

It’s clear that Insomniac Games has a lot to prove, given that Rift Apart has the weight of both an existing franchise’s legacy and the future of a console generation on its shoulders. This new entry follows 18 years of Ratchet & Clank games, spread across most of Sony’s consoles and handhelds. Furthermore, Rift Apart will be one of the first major exclusives for the PlayStation 5, standing out from smaller titles like Astro’s Playroom and Destruction AllStars. Considering what Rift Apart has on its plate, the previews and Insomniac’s background suggest that the game will indeed deliver on its promises and take the franchise in interesting new directions.

Rift Apart is centered on the concept of rift tearing, which has fascinating implications for the narrative and gameplay alike. Recurring villain Doctor Nefarious is trying to take advantage of the now-malfunctioning Dimensionator, first introduced in Tools of Destruction, in order to achieve his goal of destroying all life in the universe. This causes Ratchet and new Lombax heroine Rivet to instantaneously travel between dimensions, which manifests during regular play as instant transportation across a level or to another world. An interesting conceit, it also appears to play an important role in the design of Rift Apart’s levels.

Whereas past Ratchet & Clank levels were divided by loading screens and adhered to the classic structure of one setting at a time, the locales in Rift Apart don’t seem to be held back by those limitations. In a gameplay demo, Sandsharks fall through a dimensional tear, initiating a combat encounter that wouldn’t otherwise happen. Later in the demo, Ratchet is transported to three different worlds within a matter of minutes, one being a cyberpunk setting with flying vehicles. We’re eager with anticipation at the thought of what chaotic possibilities might come of this approach to level and enemy encounter design.

One of the more fascinating examples of this concept in action can be seen during a fight against the Nefarious Juggernaut. The hovering robot shoots a massive uni-beam out of its chest and unleashes a bombardment of blue energy projectiles. All of a sudden Ratchet is transported to a new planet, which is not a small stage but rather an entire level, as the Juggernaut pursues him to continue their battle. Going by this boss fight, it feels safe to assume that Rift Apart will use its core gimmick to throw all manner of enemies and environments into the mix, in order to keep players on their toes.

Rivet and a Clankless Ratchet

The inclusion of the pink furred Rivet seems to be part of a larger strategy to integrate deeper themes into an otherwise bombastic game. Based on existing information, it appears that Ratchet is chasing after Rivet, who is in possession of Clank. In a PlayStation Blog post, Insomniac Games’ Creative Director, Marcus Smith, said that “Ratchet and Clank is the personification of opposites forming a more powerful whole and this theme is expanded even more in alternative dimension counterparts.” Per Smith’s comments and the apparent positioning of Rivet in the narrative, it’s not unreasonable to suspect that the notion of rifts goes beyond the literal interpretation.

We’re of the belief that Rivet will create a literal rift between Ratchet and Clank. The two are no longer together for at least a portion of the game, so it would make sense for Ratchet to confront this wedge in their relationship. If this is the direction that Rift Apart is headed, it has the potential to affect other aspects of the game, such as the manner in which Ratchet himself traverses worlds.

From a gameplay perspective, Clank’s absence appears to be introducing new quirks to Ratchet’s play style. The previews have made a point of highlighting Ratchet’s new hover boots, a replacement for Clank’s propellers. Said boots allow Ratchet to glide over gaps and speed across large stretches of terrain without needing his long-time companion’s aid. It will be interesting to see if Ratchet’s hover boots are indicative of Insomniac Games’ overall approach to gameplay.

While not much is known about the scope of Rift Apart’s worlds, Insomniac’s work on the PlayStation 5 to date may be reflective of the level of detail we can expect here. Their 2020 game Marvel’s Spider-Man: Miles Morales had a greater draw distance and NPC density on the current generation of consoles than on the PlayStation 4. Thus, it doesn’t feel far-fetched to believe that Rift Apart will be similarly impressive in scale.

That’s the impression we got from the promotional material, which featured a sequence in which Rivet explores a bustling alien world. During her travels it’s possible to see a large ship flying overhead, a flock of alien birds in the distance, creatures zooming across a lake, and several bugs fluttering in the background. Without a doubt, this is the most alive and populous that any Ratchet & Clank world has felt.

Perhaps recognizing how enticing that initial showing would be, Smith promised open areas for our Lombax heroes to explore. In the example given, Ratchet is speeding through a large area with a small village and skyscrapers in the distance, comparable in size to the Seattle section of The Last of Us Part II. Though it remains to be seen if the full game can handle all of its vast play spaces without issue, these early teases give us hope.

Ratchet and Clank has always excelled at chaotic free-flowing combat, and Rift Apart’s combat looks like a logical evolution of that solid gameplay foundation. For instance, Ratchet now has a dash ability to help with dodging enemies, on top of his usual front flip move. The dash power causes Ratchet to briefly multiply as he surges through the air, signifying a burst of great speed in stylish fashion.

On top of dashing, Rift Apart includes wall running, which opens up all manner of opportunities for fluid navigation. In demonstrations, Ratchet is shown swinging on a grappling point, before dashing into a wall run and hovering to a forthcoming platform. So seamless is the maneuverability on display here, it almost feels as though Insomniac is drawing inspiration from their previous work on Sunset Overdrive.

It’s hard not to notice the incredible detail of Lombax fur, a key indication that Rift Apart is a true current-generation game. The fur softly blows in the wind, enticing us to reach out and pet it. Knowing the care that has gone into making Ratchet and Rivet look so wonderful, we’re more confident than ever that Rift Apart will look gorgeous on the PlayStation 5.

Graphical fidelity might be an obvious way to get attention while pushing the franchise forward, but the results speak for themselves. We’re excited to see Ratchet’s splendid fur reflected on a puddle, astounding particle effects from explosions, and grand light beams illuminating the ground. There’s much to anticipate with eagerness about the visual presentation of Ratchet & Clank: Rift Apart, which releases on June 11.