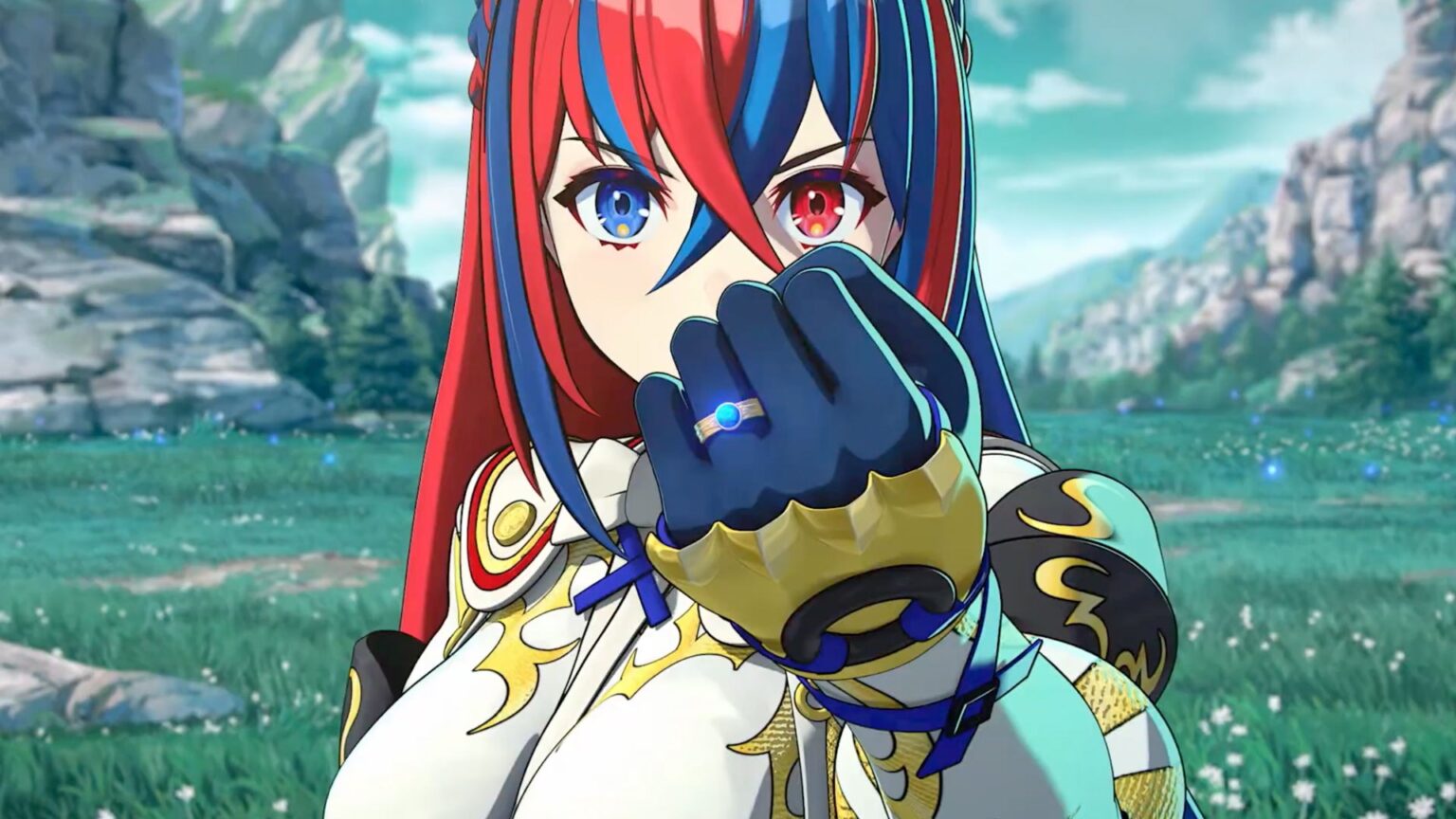 3 Reasons Why You Should be Concerned about Fire Emblem Engage

Though many outside of the fandom may be sick of seeing so much Fire Emblem annually, fans of the franchise have been eating well for the last several years. With the smash hit success of Fire Emblem: 3 Houses and the release of the 3 Houses-inspired Musou spinoff, 3 Hopes, having another Fire Emblem game seemed excessive. However, Fire Emblem Engage was still announced.

The gameplay looks clean, the animations play fluidly, and the art direction is bright and exuberant, showing clear contrast from 3 Houses (even if it is not to my taste). However, I am not an artist; I am a gamer, a fan of Fire Emblem. As one, there are some things that worry me about Engage as it inches closer to release.

1. Day One DLC (Ready for an entire year, but still adding DLC)

During the 2022 Video Game Awards show, Fire Emblem Engage made a brief splash by announcing the game’s expansion pass, which would be ready for purchase on launch day. The downloadable content would add additional (and notable) Fire Emblem characters, like Tiki and Edelgard/Dimitri/Claude, and additional helpful upgrades/passives that would aid gameplay. The future expansion roadmap also detailed eventual updates to Engage’s story as well.

I already have my gripes with Day One DLC as it is. However, the way Engage is going about its DLC and base game is what bothers me more, if leaks are to be believed.

Back on June 13, 2022 (pre-Engage reveal time), information about an upcoming Fire Emblem game was leaked to the video games forum Famiboards by a user named Emily Rogers. The details Emily revealed, from the protagonist’s appearance and lineage, the co-development of the game between Intelligent Systems and Koei Tecmo, and Engage’s key mechanic: Emblem Engage, line up one-to-one with the information that would eventually be announced during September’s Nintendo Direct. Further leaks on platforms like Discord and Reddit would corroborate Emily’s claims.

However, the one detail she included that irks me in the context of Day One DLC is that the game “had already been completed for a year,” originally meant to release during Fire Emblem’s 30th anniversary the year prior. Other leakers would back up this claim that the game was finished (though not by the same time margin).

If this is the case, then the developer had time to add substantial content throughout the period from the originally intended release date to the current one in January 2023. With the game supposedly being a celebration of the series and its legacy, all the DLC that is being advertised would not be entirely out of place by being included in the base game. This aspect of time is further exacerbated by how polished Engage’s presentation and animation look compared to Three Houses. This implies that the developers had ample time to get the game to this point. With how insignificant the first patch of expansion DLC is (content and storywise), I am not too miffed at those specific things being DLC, but with actual story updates coming later (and locking those subsequent things behind a paywall), this whole Day One DLC dilemma leaves a sour taste in my mouth even before the game’s release. It only makes me anxious about future games in the series.

2. More Focus on Fan-Service than an Actual Story (Needs legacy characters instead of its own merits)

If the leaks are to be believed, Engage was never intended to be a standalone-type game in the same vein 3 Houses, Fates, and Awakening was. Considering Engage was to be a celebration of the series’ legacy, having legacy characters included in-game would be paying homage to older classics and providing fan service in tandem.

I personally have no issue with fan service and paying tribute to the series’ roots; it tickles a spot in my cold heart. However, if a game is nothing more than just fluff, propping up familiar faces and names in order to drive up attention and sales because the base product cannot do so on its own, then I am liable to have some problems. Judging by some previews of minigames where players have to “polish” Emblem Rings, with the characters that dwell within verbalizing their reactions towards the player’s gestures, this almost feels like too much. It harkens back to Fire Emblem Fates’ head/face petting minigame, a feature cut for western releases.

We already know Engage is using the tried-and-true formula of the “plucky band of heroes face off against evil dragon” shtick, so Engage’s story potentially teeters off the border of expected at best and unoriginal at worst. The inclusion of legacy characters, and a surprisingly sprawling and robust world, may overturn those odds into something more favorable, but we must first wait with bated breath.

3. Question of Balance and Conflicting Previews

Fire Emblem attracts a myriad of players and fans, all playing because of a particular aspect that appeals to them. It could be Fire Emblem’s time-tested gameplay loop, with the series’ hallmark strategy suite being the main invite. Perhaps it is the relationship system, giving players the powers of Cupid (or Eros, if that’s the pantheon you subscribe to) to play matchmaker between their units. Maybe it’s a combination of the two or entirely neither.

Based on screenshots of the game’s mechanics and early previews of Engage, the reception, despite being positive, is a mixed bag in several departments.

In the first place, the difficulty seems to be all over the place. In spite of Engage having the hardest difficulty, Maddening, from the start, Emblem Engage’s power, turn reset ability, and EXP retention upon defeat can make it moot. Quality-of-life improvements in one sense, but these mechanics sort of take away from what “Fire Emblem” used to be defined by: lasting consequences.

Players would be punished if they positioned units without thought because of permadeath. Not allocating the limited EXP gains to units that needed them would not evenly strengthen a player’s army, leaving them in dire straits towards the latter half of the game. All of these issues, of course, could be fixed with a simple map reset, but the consequence was still there: play right or good night. Not having this guillotine loom over our necks, though not as stressful, takes away some of the tension and drama of playing, and the indescribable catharsis of playing a map just right.

Though this is listed as a concern, players technically can opt to not utilize these mechanics to have a hardcore, difficulty-laden experience if they so wish.

However, even still, early previewers, like Game Informer, are claiming how powerful the Emblem Engages make player units, who will only get more powerful through further experience.

This leads to a question of balance, with a lot of power leaning toward the player’s side. If battles are steamrolled with the Emblems, it can take the tension out of a battle, especially in a strategy game where engagements thrive on moment-to-moment decision-making. Still, with previews only running up to chapter 8, what happens in the latter half is still unknown. Hopefully, the difficulty will ramp up appropriately to give players something of a challenge.

Finally, the details regarding support conversations.

Previewers from Polygon and TheGamer both claim that support and character relationships in Engage are a step down from Fire Emblem’s previous entry, Three Houses. Words like “canned responses, shallow, and lacking” are all thrown around to describe the support situation in Fire Emblem Engage, which is a shame given how vibrant the game’s cast looks. Polygon’s reviewer particularly hammers home the one-toned, tropey nature of character interactions, where units can be summed up by one particular trait and no more, a massive contrast to some of the most engaging (ha-ha) supports fans had ever seen with Three Houses.

However, not all hope is lost as previewers’ impressions of supports are mixed. In Polygon’s case, they were disappointed; in others, they were more forgiving. Perhaps Three Houses spoiled us a little too much.

Regardless, Fire Emblem Engage has run the gamut of the impression mill, garnering praise, concern, criticism, and confusion in the same breath. When it releases on January 20, our concerns will be either laid to rest or risen anew. Fingers crossed for the former.