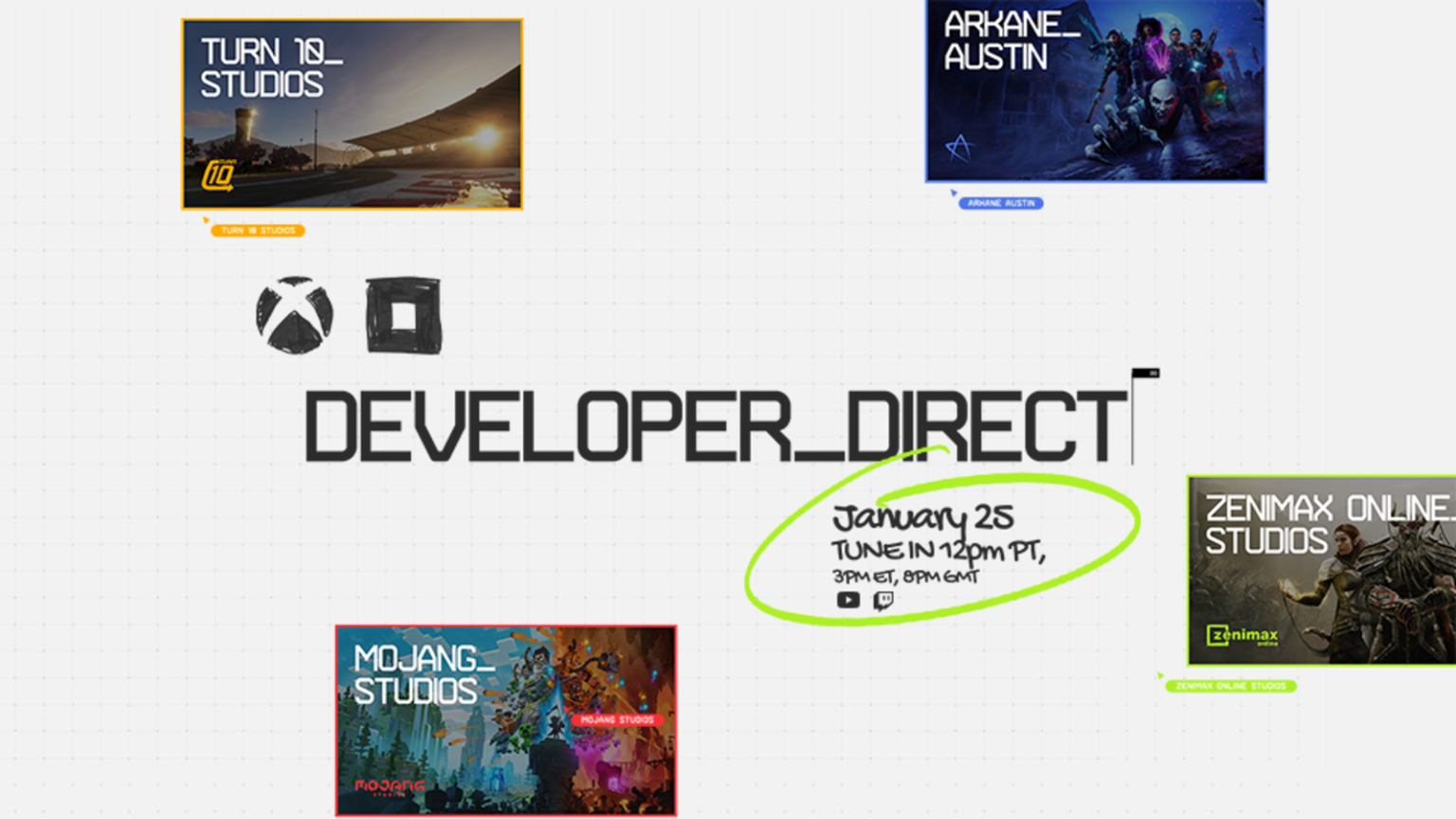 The recently rumored Xbox and Bethesda Showcase has officially been confirmed by Microsoft. The Xbox and Bethesda Softworks Developer_Direct event will take place on January 25 at 12:00 p.m. PT / 3:00 p.m. ET and will be livestreamed on YouTube and Twitch. The event will focus and highlight the upcoming games coming to Xbox, PC, and Game Pass. It will also highlight specific games including Minecraft Legends, Redfall, Forza Motorsport, and The Elder Scrolls Online.

Additionally, the event will have “big features, extended gameplay showcases, and the latest information on Xbox games launching in the next few months.” Lastly, Microsoft has stated that Starfield will not be featured at the event, but a standalone event for the game is in the works “to dedicate the proper amount of time for a deep dive.”

Details on the games to be featured can be seen below:

Forza Motorsport – The team at Turn 10 Studios have been hard at work, bringing fans the next generation of Forza Motorsport, built from the ground up to take advantage of Xbox Series X|S. Forza Motorsport is back, and we can’t wait to share more gameplay and exciting new details.

Minecraft Legends – Mojang Studios will showcase an insider’s look into the player-versus-player multiplayer experience in Minecraft Legends—the upcoming action–strategy game from the makers of Minecraft. Developed in partnership with Blackbird Interactive and launching this spring, don’t miss exclusive gameplay footage at the Developer_Direct.

Redfall – The minds behind Dishonored and Prey, Arkane Austin, will showcase several minutes of gameplay from their upcoming first-person shooter. The Developer_Direct will reveal single and multiplayer gameplay, showing more of how you and your friends will take down bloodthirsty Vampires on the picturesque island of Redfall, Massachusetts. Fans can expect to learn more about combat, customization, bosses, the open world, and more.