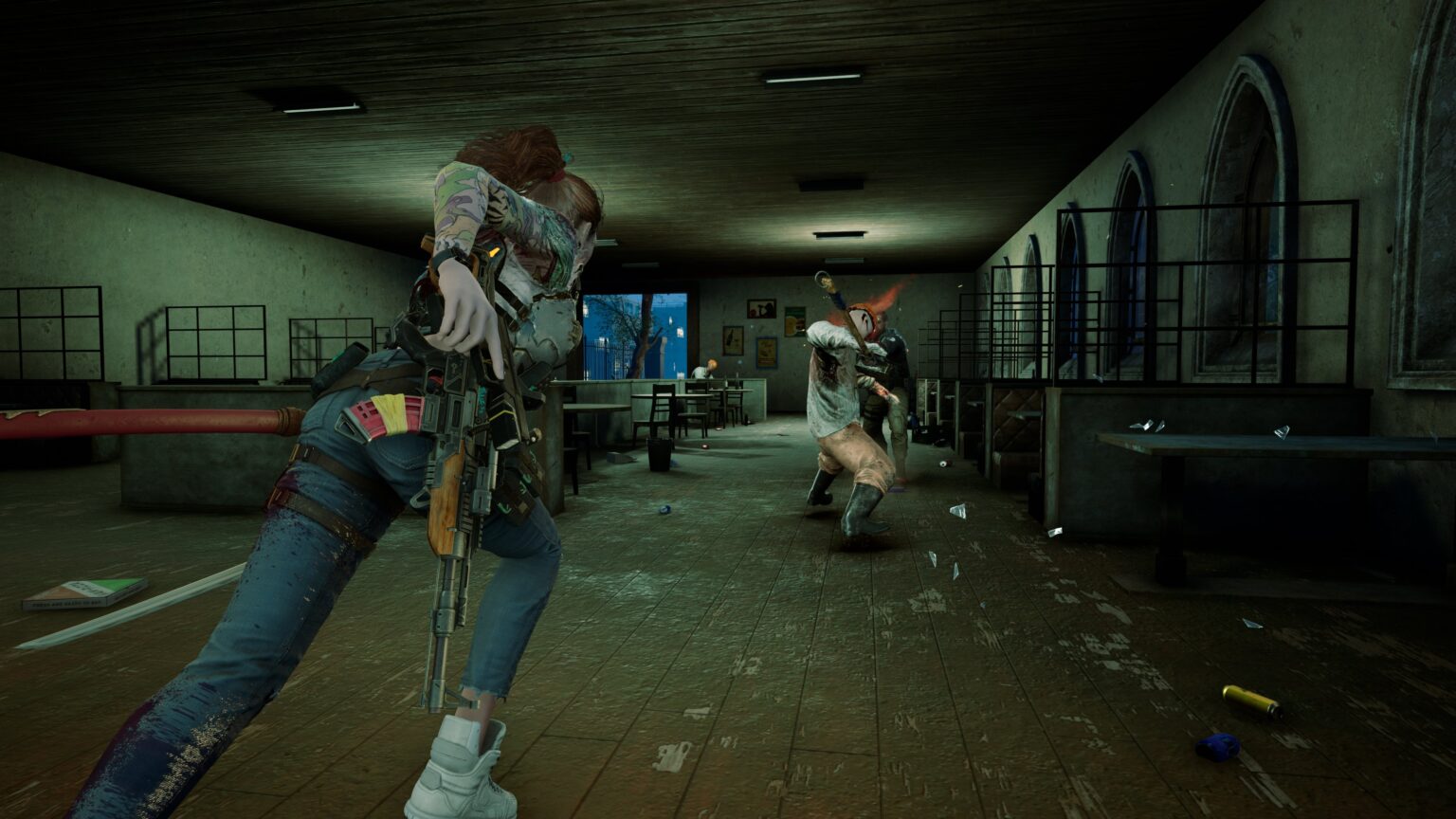 Wanted: Dead a new hybrid slasher / shooter from the makers of Ninja Gaiden and Dead or Alive. The game follows a week in life of the Zombie Unit, an elite Hong Kong police squad on a mission to uncover a major corporate conspiracy. Play as Lt. Hannah Stone, a hard boiled Hong Kong cop, and plow through mercenaries, gang members and private military contractors in a spectacular cyberpunk adventure.

Hack-and-slash Melee Combat – Use a wide variety of deadly moves and dozens of unique finishers to slice and dice.

Truly Hardcore Experience – The fights are not going to be easy, steel your resolve and use everything around you as you battle through hordes of mercenaries, synthetics and private security forces.

Beat ‘Em Up the Old School Way – Take down enemies to proceed further, revive the nostalgia in a modern twist on the established genre.

AAA Love Letter – An AAA love letter to the sixth generation of consoles.