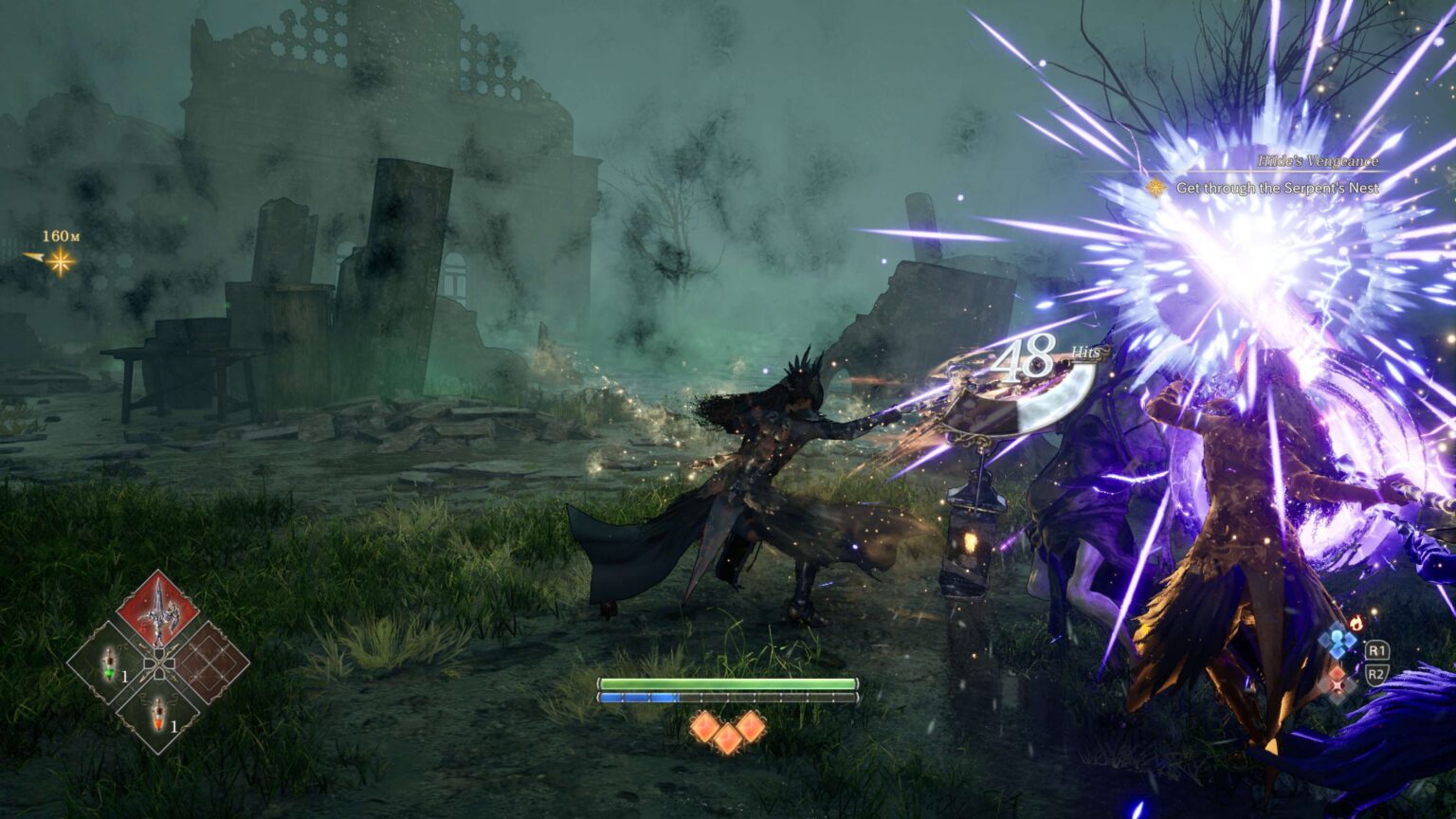 Square Enix and developer Soleil have released a new update for the PlayStation 5 and PlayStation 4 versions of the action-RPG Valkyrie Elysium. The update adds two new difficulty modes, the new “The Seraphic Gate” endgame mode, and the new “Hilde’s Vengeance” mode. The update will also be applied to the game’s upcoming PC version, which launches on November 11. An update trailer was also released.

The full details via Square Enix can be seen below:

If you’ve played through Valkyrie Elysium, you’ll be familiar with Hilde. This mysterious figure butts heads with the protagonist throughout the story—she’s confident, cynical and thoroughly awesome.

She’s also the star of free additional content coming to the game! Called “Hilde’s Vengeance,” it’s accessible from the main menu and presents a whole new experience to play through.

You play as Hilde herself. She’s on a mission to exact her revenge on the All-Father Odin—and she’ll cut her way through any obstacles in her way. Or more accurately, you will.

Playing as Hilde has a different feel to the main campaign. She’s a very different kind of Valkyrie, with hard-hitting attacks, her signature halberd and a unique skill tree. She doesn’t have any Einherjar to bring into battle, but she does have four Shadow Servants, which can aid her in fights, as well as a wide selection of Divine Arts to equip.

Long story short, she’s amazing fun to play as – for anyone craving more of that incredible combat… enjoy!

If you’ve been playing the game since launch, you may have become a dab hand at smacking the undead around. So let’s raise the stakes!

“Very Hard” is a new difficulty level that adds even more challenge to the game. You’ll have to use your skills and Einherjar carefully and exploit enemy weaknesses at every opportunity to make it through each battle unscathed.

But perhaps even that’s not enough. If you have the spirit of a true Valkyrie (or you’re just a glutton for punishment), you can take on “Valkyrie” mode. This is the truest test of your strategy, skills and reflexes—good luck!

So you’ve finished the main campaign, and taken Hilde’s Vengeance to its dramatic conclusion—what’s next? The Seraphic Gate awaits.

This new feature provides thrilling endgame content that will let you test your combat skills against waves of enemies—and against the clock.

You’ll ascend floor by floor, taking on different collections of foes, and some bosses with a fixed selection of skills, Einherjars, Divine Arts and items. Each time you move up a floor, your loadout will change—it’s up to you to work out how to use the tools at your disposal to triumph over each challenge.

This mode will test your understanding of enemies and their weaknesses, and your resource management—knowing when to pop a valuable item, or unleash a Divine Art is key!

Hilde’s Vengeance and Seraphic Gate can be played after completing one of the multiple endings available in this game. They’re the ultimate challenge for any Valkyrie Elysium player—and a hugely entertaining way to round off your experience with the game. Good luck!

The free update for Valkyrie Elysium is available today for PlayStation 5 and PlayStation 4 players and will be automatically downloaded when you launch the game. It is directly included in the Steam version, which launches Friday, November 11, 2022!