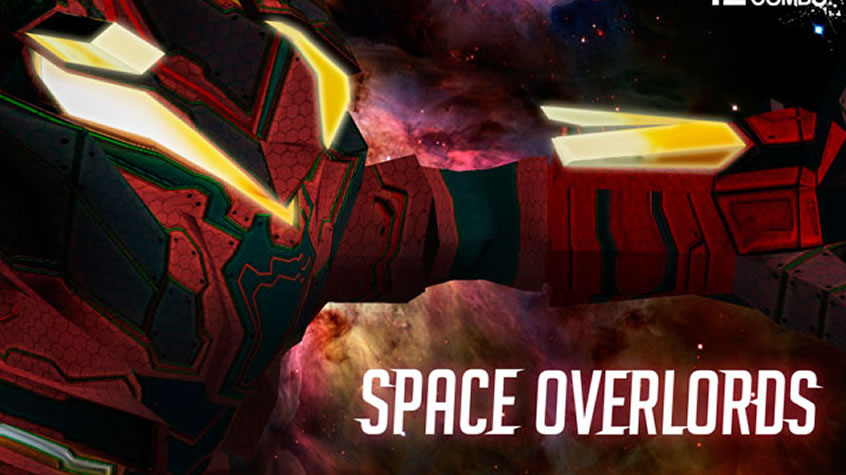 Space Overlords Will be Releasing on December 6th

Space Overlords Will be Releasing on December 6th

It was announced by Excalibur, that Space Overlords, the game that allows players to create, share & destroy galaxies will release next week for PS4 and PS Vita! Tuesday 6th December 2016 is the date when they’ll open up Space Overlords to a wealth of PlayStation gamers at an amazing price of approximately $7.99/€7.99/£6.49/, or at a discount for PlayStation Plus subscribers.

Check out the Galaxy Creation trailer of Space Overlords, showcasing the planet creation feature of the game:

“A PS3 version of Space Overlords is also in development, and will release in early 2017.

Space Overlords allows players to name their own galaxy, and create their own system of planets. Starting by selecting from multiple planet base options, such as forest, concrete and metal, the player can build upon this foundation. By entirely customising each planet’s population, buildings, atmosphere type and more, players truly become Space Overlords.

As if that wasn’t already a huge enough game for players to get their teeth into, Space Overlords also features several single player campaigns and various local multiplayer modes!

For a game this huge, its pocket-money price is almost a steal – and what’s more, Space Overlords supports Cross-Buy! If players purchase the game on either PS4 or PS Vita, they’ll automatically receive the other version at no extra cost.

Based in Bogota Colombia, 12 Hit Combo! was founded in 2012 by Edwin Vargas, Roberto Ardila and David Torres. The team boasts 10 years of experience working on video game development. The company focuses on developing new IPs for consoles and innovative mechanics for educational video games. Having developed projects across multiple platforms for local and international clients including mobile, web, Facebook and PC, the company was nominated for a Best App award at the 2012 Mobile Premiere awards and received further recognition at both 2013’s CREA awards and 2014’s Games for Change awards in New York.

Founded in 2004, the company has moved forward to release its own products in addition to its important licensed titles. European Ship Simulator, World Ship Simulator, Better Late Than DEAD and Counter Terrorism Unit have all been available on Steam, as well as at retailers via boxed versions.