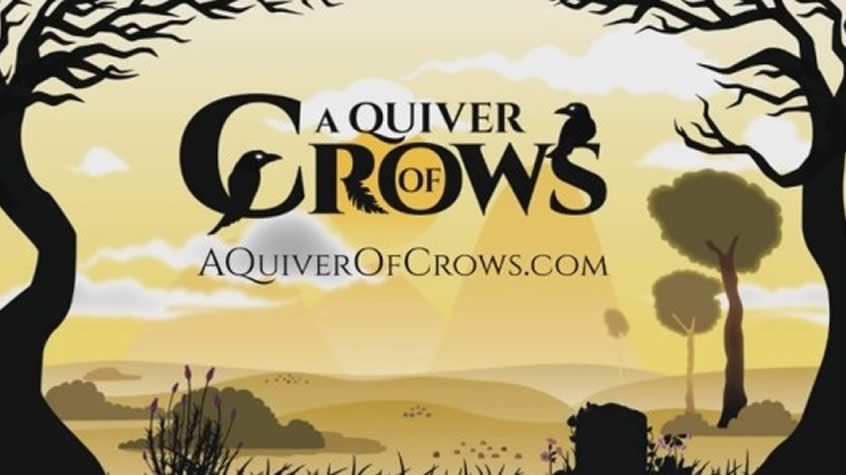 It was announced by Sheado.net, the developers of  A Quiver of Crows, that the ending music of their game is composed and performed by video game composer Laura Shigihara.

Check out the ending theme of A Quiver of Crows “Better Days”, featuring a song composed by Laura Shigihara:

“Laura Shigihara is best known as the lead composer and sound designer for  Plants vs Zombies, as the composer/lyricist/singer for  To The Moon’s “Everything’s Alright”, and as the voice for the Singing Sunflower pet in  World of Warcraft. She is currently working on her own game:  Rakuen.

A Quiver of Crows is a very difficult twin-stick shmup that asks a lot of its players. With 26 stages and enemies that don’t follow a preset pattern, players must improve their skills rather than memorize patterns in order to get through stages. The final boss is no exception, and the developers knew that the ending music needed to be especially rewarding.

“It’s called ‘Better Days’ and it’s about overcoming dark times in your life and growing from it,” explained Shigihara. “I hope it can bring you some sense of relaxation or peace if you’re also going through difficult times.”

“Laura is such an amazing and talented person!” exclaimed Alice Lo, co-developer and lead composer of  A Quiver of Crows. “I’ve always loved her music. We are so excited that she agreed to write the ending song for us. After a long battle with the final boss, Laura’s song adds an extra meaning to the story of the game.”

The soundtrack for the game is comprised of ten songs, created by Lo, in addition to Shigihara’s. The 26 stages are segmented into five levels that span different times during the day: Dawn, Morning, Noon, Sunset, and Night, with music ramping up in urgency the further you progress in the game.

About A Quiver of Crows

A Quiver of Crows – Launching October 19th on Steam

A Twin-stick Shooter Set in a Grim World Cursed by Demons and Ghouls.

Based in Orange County, California – Two developers and an artist making the world a happier place – one game at a time.”

For more information on A Quiver of Crows, visit its Steam page.