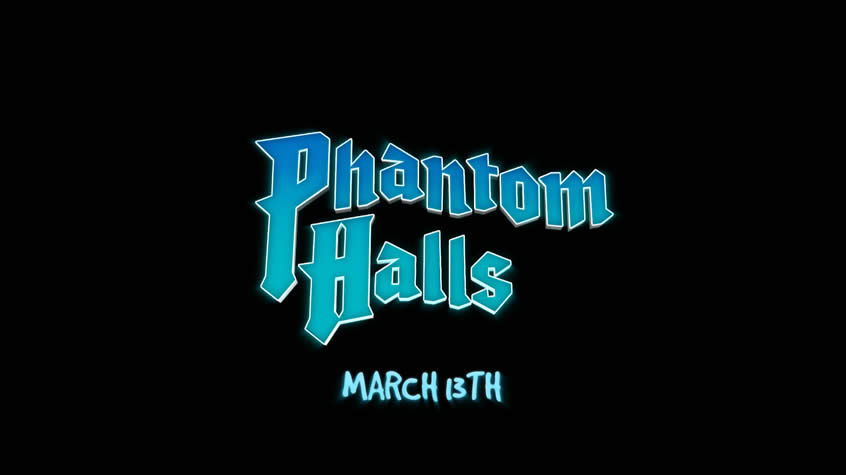 It was announced by Incendium, the launch of its raucous comedy-horror debut Phantom Halls via Steam Early Access – and early adopters will be treated to a free officially licensed Evil Dead 2 character and quest pack!

“A unique type of squad-based game, Phantom Halls sees players take on the roles of multiple characters at once. It’s a real-time Worms with the procedurally generated chaos of Spelunky!

A group of teens enters a haunted mansion, and prepares to face the undead terrors that stalk the phantom halls. Squad up and survive the night using whatever you can find, but remember – you can’t kill what you can’t see, so be sure to bring a flashlight…

Incendium chose Early Access as an initial launch platform in order to work with the community to make the game as good as it can be.

“We’re launching on Steam Early Access at a heavily discounted price, and treating every early adopter to a free piece of Evil Dead 2 licensed content, allowing them to play as the groovy hero from the sky Ash Williams, with his chainsaw and boomstick on hand (or stump!) to saw and blast through a series of unique Evil Dead 2 inspired quests!”

He added: “Early Access is a fantastic testing bed for the core game to determine what features are most desired and what people want to see next – Phantom Halls will be fully supported and iterated upon in the months ahead as we work towards a full retail build and re-imagine more classic horror icons through the game’s quirky satirical lens.”

Phantom Halls ships today via Steam Early Access – its RRP is $6.99 / £5.99 but there’s a 13% discount applied during launch week. The initial version of the game will feature ten playable characters, 12 enemy types, and a procedurally generated multi-storey mansion with half a dozen distinct environment types. And Incendium will be adding more features and content – including narrative elements, enemies, and whole new game types – regularly throughout the game’s Early Access lifecycle.

The Ash Williams Evil Dead 2 character pack is officially licensed in partnership with Studio Canal and the Creative Licensing Corporation to celebrate the 30th anniversary of Evil Dead 2, which was released in cinemas on 13 March 1987.

Incendium is an independent games studio and production company headquartered in London, with contributors around the globe. Focused on myths, monsters, and metal, and founded by Llexi Leon, who also works as a creative consultant to Iron Maiden, the company was built around Leon’s creator owned Eternal Descent comic series and has been producing character based entertainment since 2006. Phantom Halls is Incendium’s first commercial PC game as a studio.”

For more information on Phantom Halls, visit its Steam page.