NieR: Automata The End of YoRHa Edition Coming to Nintendo Switch on October 6

During Nintendo’s recent Nintendo Direct Mini: Partner Showcase, Square Enix announced that the action RPG NieR: Automata The End of YoRHa Edition will launch for Nintendo Switch on October 6, 2022, and is available now for digital and physical pre-order. Square Enix also announced that the game has sold 6.5 million units worldwide since its initial release in 2017. The physical edition of the game features artwork by Character Designer Akihiko Yoshida on the front cover and will include new reversible box art featuring A2, designed by Concept Artist Koda Kazuma. 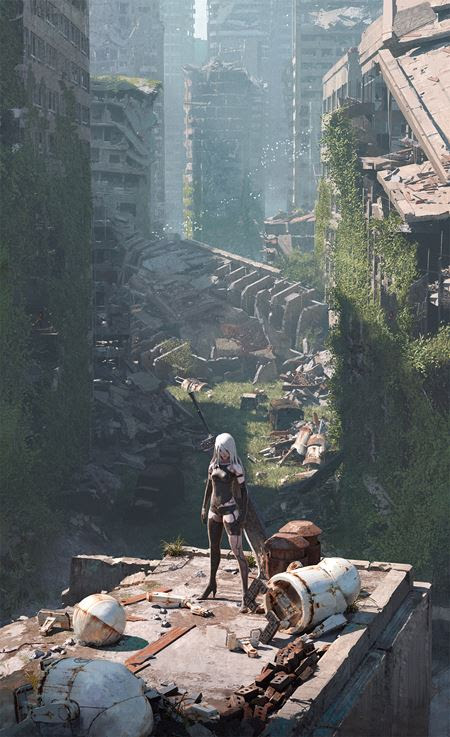 The critically acclaimed NieR:Automata, directed by YOKO TARO and developed by PlatinumGames Inc. in partnership with SQUARE ENIX, delivers a masterful mix of action and RPG gameplay through a gripping, thought-provoking storyline. Players battle as androids 2B, 9S and A2 in order to reclaim the world from the machine lifeforms and uncover long-forgotten truths about humanity. NieR:Automata: The End of YoRHa Edition features the award-winning base game and the 3C3C1D119440927 DLC, which includes three challenging colosseums and additional costumes. Players can also download the free 6C2P4A118680823 DLC when the game arrives on the Nintendo Switch. This Nintendo Switch exclusive DLC features six new costumes and four new accessories that can change appearances of your playable characters. It also includes two pod skins based on characters from the popular mobile title NieR Re[in]carnation.

Action-Packed Battles – Players will switch between using melee and ranged attacks in battle against hordes of enemies and challenging bosses across a variety of open field maps. The tight controls and incredibly fluid combat are simple to learn for newcomers while offering plenty of depth for more experienced action gamers. Players can perform high-speed battle actions—combining light and heavy attacks—and switch through an arsenal of weaponry while evading enemies with speed and style.

Beautifully Desolate Open-World – The game seamlessly joins together hauntingly beautiful vistas and locations with no area loading. The environments are rendered in 60 frames per second and contain a wealth of sub-events in addition to the main storyline.

Masterfully Crafted Story and Characters – NieR: Automata tells the story of androids 2B, 9S and A2 and their ferocious battle to reclaim a machine-driven dystopia overrun by powerful weapons known as machine lifeforms.

Elements of an RPG – Players will obtain a variety of weapon types, level up in battle, learn new combat skills, and customize a loadout that caters to their playstyle.

Utilize the Pod Support System to Assist In and Outside of Battle – Pods can attack the enemy in both manual and lock-on modes. They can also assist outside of battle, such as allowing the player to glide through the air. Pods can be enhanced throughout the game, with upgrades including new attack methods and variations.

These features include 4K resolution, ultrawide and multi-monitor support, NVIDIA DLSS 2, and more

A trailer for the new characters was also released.