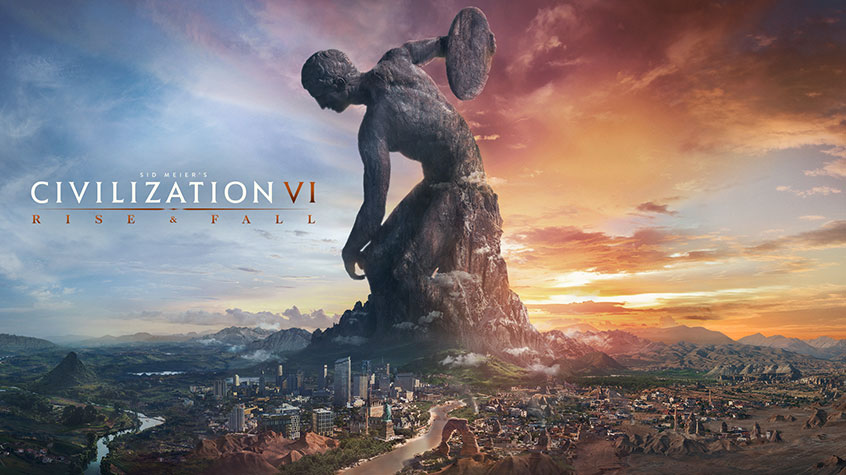 2K announced today , Chandragupta, one of the nine new leaders coming with Civilization VI: Rise and Fall when the expansion releases on February 8, 2018.

Check out the first look video of Chandragupta in Civilization VI: Rise and Fall, featuring some gameplay footage:

“Master strategist.  Respected diplomat. Honored student. Chandragupta Maurya of India was all of those things and became legend amongst his people because of it. In his time, he toppled a corrupt empire, then succeeded in pushing the boundaries of his kingdom and worked to better the lives of his subjects. Then he voluntarily walked away from it all.

Born sometime in the 3rd Century BCE, Chandragupta’s early life remains somewhat of a mystery. Though some accounts speak of his connection to a family with a noble warrior tradition, other accounts claim he was born a commoner, orphaned at an early age. Regardless, Chandragupta earned a reputation as a clever and charismatic man – so much so that the great Chanakya mentored him. Thanks to the legendary politician and philosopher, Chandragupta received a crash course in politics, the arts, and military tactics.

Ever the masterful strategist, Chanakya had a plan: he hoped his pupil could challenge the Nanda dynasty, a government widely perceived as corrupt. Chandragupta proved worthy of his tutor’s confidence, for he soon raised an army. By 322 BCE he overthrew the Nanda, installed himself as ruler of the kingdom of Magadha, and established the Mauryan dynasty.

Chandragupta next turned to the lands held by the successor-states of Macedon. Although Alexander the Great had perished before Chandragupta’s ascent to the throne, his conquest of the Indus valley needed to be addressed. Chandragupta kept extending his kingdom until he pressed against the newly-formed Seleucid Empire. The Seleucid-Mauryan War, lasting from 305 to 303 BCE, would end with Seleucus ceding Macedon’s Indian satrapies to the Mauryan king. To show there were no hard feelings, and knowing Seleucus cared more about his successor state rivals to his west and south, Chandragupta gifted 500 war elephants to the basileus.

Chandragupta’s empire extended all the way from modern day Afghanistan to southern India. Yet conquest was not Chandragupta’s only strength. Throughout his reign, Chandragupta proved himself a canny ruler who cared for his people. He built roads, irrigation systems, and expanded trade routes to improve the lives of his people. He was also clever enough to ensure the loyalty of his soldiers by providing them finery and servants in their garrisons.

Chandragupta met the sage Bhadrabahu near the end of his life, who taught him the precepts of Jainism, a religion promoting spiritual enlightenment and nonviolence through ascetic living. Following this new code, Chandragupta abdicated his throne to his son, Bindusara. He sought enlightenment, going on a pilgrimage to a cave in southern India. There he meditated until his death, fulfilling his ultimate goal of spiritual purity by giving up literally everything—his throne, kingdom, riches, and even food.

Chandragupta’s death was not the end of his dynasty, though. The Mauryan Empire would last another century. Inspired by his actions, Chandragupta’s successors—especially his grandson, Ashoka—followed his combined examples of expansion and spiritual enlightenment.

This ancient Sanskrit treatise is often translated as “The science of politics,” Arthashastra covers much more ground. It’s the Indian framework for how to conduct statecraft, but also economic policy and military strategy. Credited to Chanakya – Chandragupta’s mentor – this is a template for the Mauryan dynasty.  Take advantage of these lessons as you declare a War of Territorial Expansion. You will gain Movement and Combat Strength bonuses as you march into battle.”

For more information on Civilization VI: Rise and Fall, visit its official website.