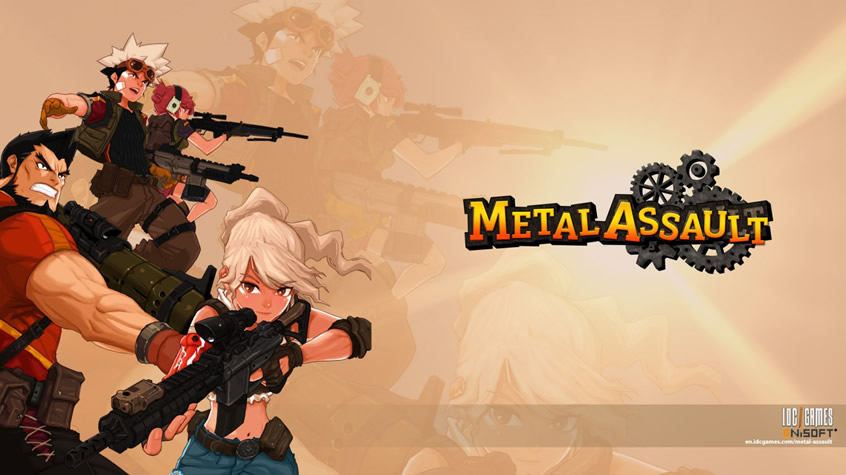 It was announced today by IDC/Games, that Metal Assault final version has entered the commercial service phase. The game is launched in English, French, Spanish, Czech, Polish, Italian, Russian, German, Turkish & Portuguese, and these languages are also available in Steam.

Check out the PvE trailer of Metal Assault, showcasing the PvE mode features:

“Metal Assault is an Anime-Style 2D Shooter in which players embody a R.O.C Operative that has a wide arsenal they explore the dangerous city of HERZ with. The game has a lobby in which players can recruit others for their clans, chat, trade or organize their next steps in-game with their Friends.

Everything started in the Earth Year 680, when 5 territories began a War over resources and rights. The Gospel Drive, a device that has 100 times more energy than any other resource in existence, disappeared along with its discoverer, Professor Dr. Russell. All rivaling organizations, amongst them the R.O.C and the D.E.D.T, are at War and want to find this very valuable energy source. Will you be the only one capable of getting what’s most wanted? Will you rewrite history? Dare to enter the dangerous city of HERZ and discover its secrets, but don’t let yourself get astray on the way to glory!

Choose between the expert sharpshooter Marie, master tactician Ai, defense specialist Carl or the brute force of Burton. Enjoy the endless customization options in this game, becoming a merciless mercenary and gain fame battling against vampires, werewolves and many more evil creatures. Create your company, chat with your friends, plan your next strategy and complete your challenges in mission mode. Choose between a wide variety of weapons, load ’em up and shoot as if it were the last thing you’ll do.

Come forth and prove your bravery against evil!

In Metal Assault, players can enjoy not only PvP but also PvE content, with several gameplay modes:

For more information on Metal Assault, visit its official website.