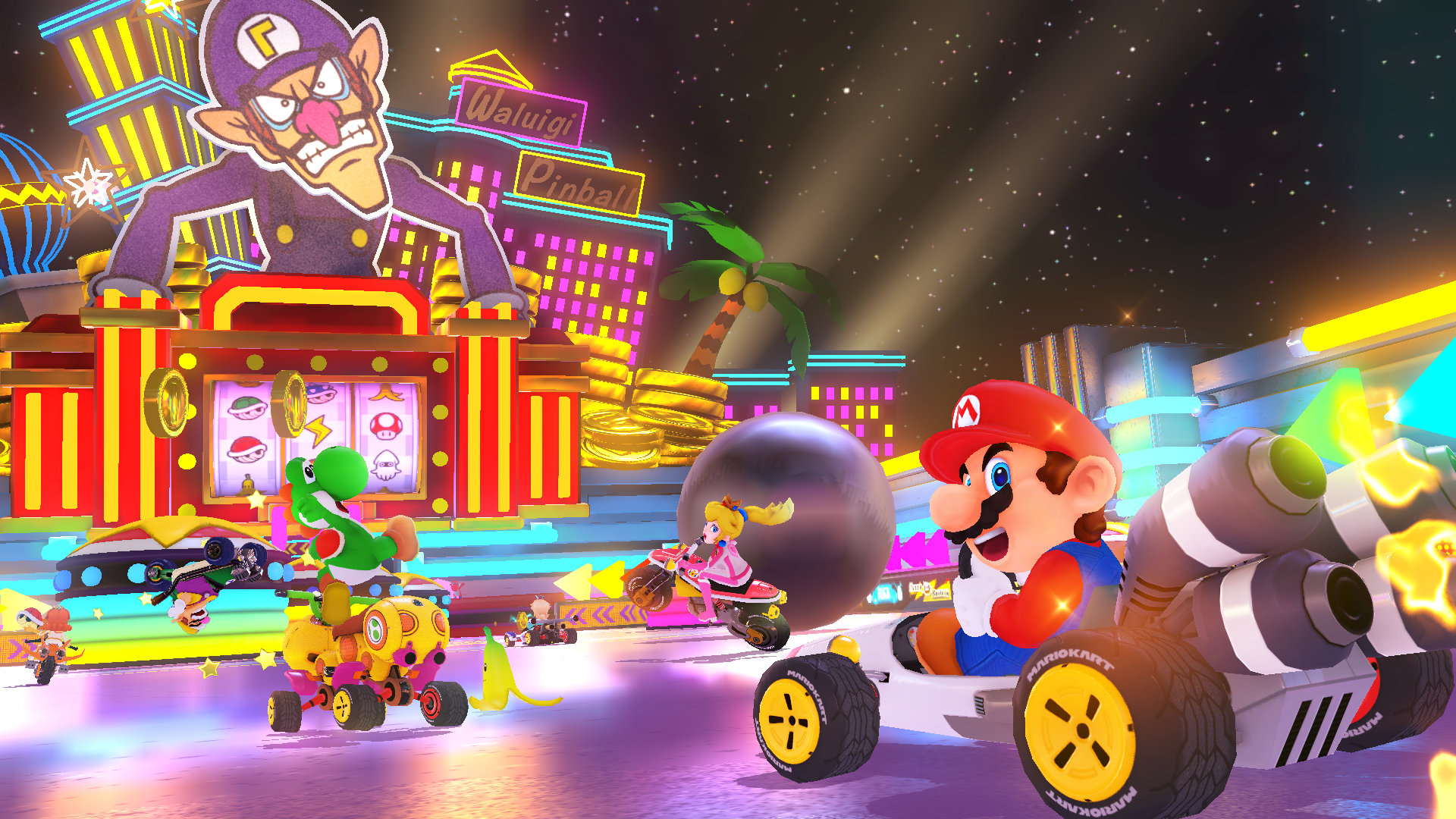 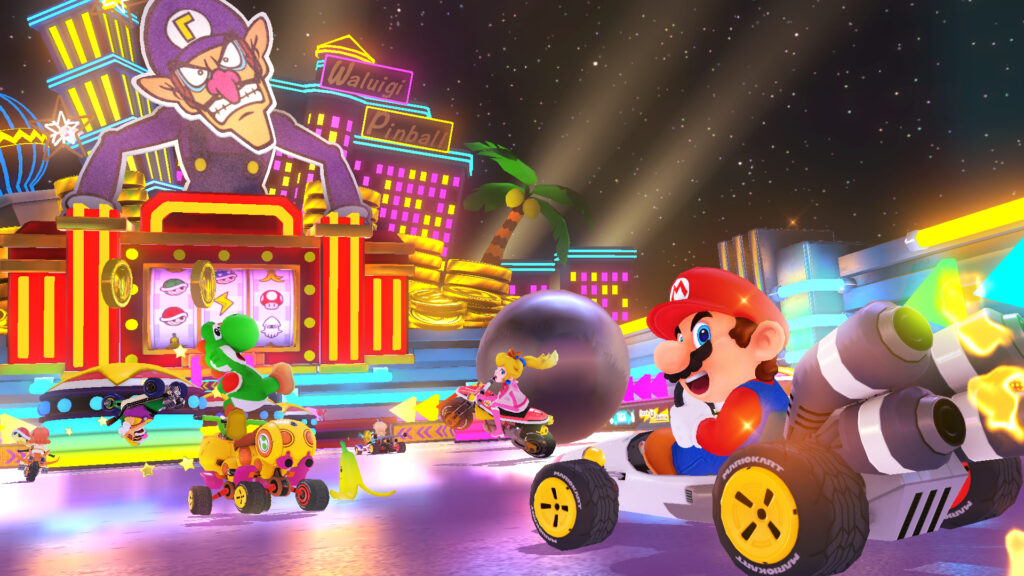 Nintendo has announced that Mario Kart 8 Deluxe “Booster Course Pass” Wave 2 will launch on August 4. Wave 1 launched on March 18. A total of six waves are planned and are all slated to release by the end of 2023. A trailer for Wave 2 was also released.

Details on the upcoming wave and its courses via Nintendo can be seen below:

Wave 2 includes the Turnip Cup and the Propeller Cup, with fast and familiar courses appearing from the Mario Kart series across the Super NES, Game Boy Advance, Nintendo 64, Nintendo DS, Wii and Mario Kart Tour games. Each course can be played locally or online.*** Cups are divided as follows:

Tour New York Minute – Zip past towering skyscrapers and enjoy a scenic drive through the park in this Big Apple-inspired course originating from the mobile game Mario Kart Tour.

SNES Mario Circuit 3 – Drift your way around tight corners and avoid the Warp Pipes in this classic course that originated in Super Mario Kart on Super NES.

N64 Kalimari Desert – This desert race features frequent run-ins with an old-fashioned steam locomotive that crosses the course – be careful not to cause any delays!

DS Waluigi Pinball – Launch, bump and weave across this course themed after a giant pinball table, complete with colorful lights and sounds. Just try not to tilt!

Tour Sydney Sprint – Soak up the sunshine as you soar above the bay and cruise around the sights in this course that originated in Mario Kart Tour.

Wii Mushroom Gorge – This course features an underground cavern, deep chasms and giant mushrooms to spring off of – make sure you land safely!

Sky-High Sundae – The competition may heat up, but that doesn’t mean you can’t chill out in this sweet race, which is filled with larger-than-life desserts at nearly every turn. Prove you’re number one under the sun(dae) in this debut course!