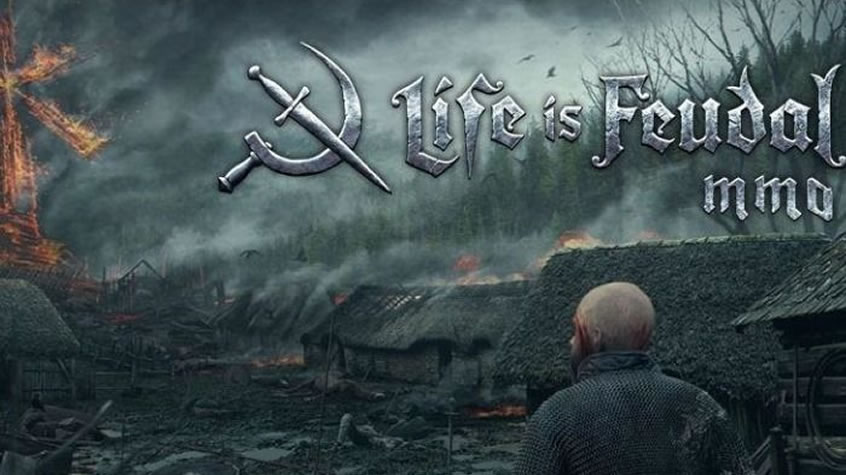 Developer Bitbox has announced that their grand-scale group-focused game, Life is Feudal: MMO, is available now on Steam’s Early Access platform. The Steam version contains all the features and content of the currently active Open Beta version, which means Steam users can join the tens of thousands of Open Beta players already building homes, keeps, and castles in the game. They will also be able to work with those same players to forge alliances that will over time form mighty guilds who control vast kingdoms. There’s a place for every type of player in Life is Feudal: MMO, from the butcher or baker, to the royal guard, regal knights, vassals and kings or queens.

Check out the Early Access trailer of Life is Feudal: MMO, featuring some gameplay footage:

“Life is Feudal: MMO is a large-scale group-focused RPG, that places players in a highly realistic, non-fantasy, medieval world where danger lurks around every corner. Players need to work as a team to gather resources, build shelter, craft tools and form a fully functioning feudal society in an unforgiving archaic world. Players may find a place in society as a vassal, a knight, a farmer or even royalty, as their guild builds and expands their medieval societies.

While players may start their adventures alone, as they gather and craft supplies needed to make it to the next day, they will quickly meet up with others to form groups, then guilds, and finally work their way up to complete medieval societies and nation-states. Life is Feudal: MMO is a realistic social experience, where the best way to thrive in the world is to work together and build a fully functioning society, where everyone has a place, from the most basic hunters and gatherers, to farmers, soldiers and civic leaders. There’s a place for everyone in Life is Feudal: MMO, and a world ready for them to explore!

Bitbox is an independent studio, developer and publisher of PC games. Founded in 2011 by Vladimir ‘Bobik’ Piskunov, the studio’s most notable achievement is the release of the successful multiplayer online RPG project: Life is Feudal: Your Own.

Xsolla is a global distributor and publisher of video games, providing clients with advanced technical tools to enhance their games’ potential reach worldwide. Focusing solely on the video games industry, Xsolla delivers an a la carte menu of global services – user acquisition, payment solutions, game store building and management, the #1 fraud protection in the gaming industry, international year-round customer support, marketing worldwide, and data analytics/visualization. Leaving the creative to the developers/publishers, Xsolla complements their backend and frontend toolkits by building custom infrastructure solutions. Headquartered in Los Angeles, with offices around the globe, Xsolla has become a partner-centric company and operates as a merchant and seller of record for major gaming entities like Valve, Twitch, Ubisoft, Epic Games, and Nexon.”

For more information on Life is Feudal: MMO, visit its official website.