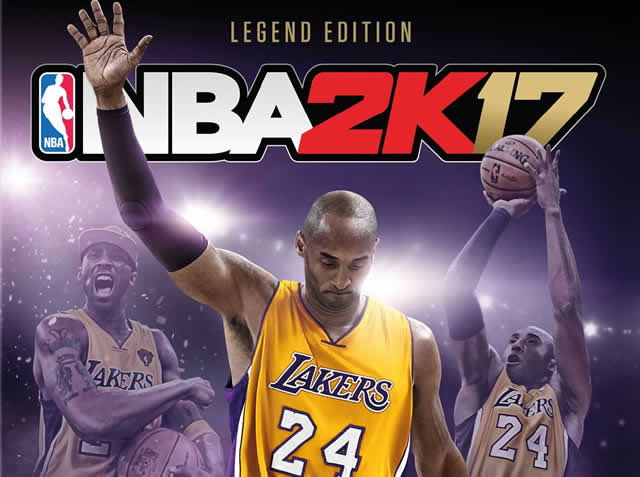 2K announced that NBA 2K will celebrate the renowned basketball legacy of the Los Angeles Lakers’ Kobe Bryant by featuring the 18-time NBA All-Star on the cover of the NBA 2K17 Legend Edition.

This special edition will highlight Bryant’s career with special Kobe-themed memorabilia and digital content extending his legacy for fans beyond his final NBA game tonight.

Watch the trailer for the NBA 2K17 Legend Edition:

“It’s a great honor to partner with 2K on the NBA 2K17 Legend Edition,” said Kobe Bryant, whose retirement tonight marks a storied 20-year career. “As I walk off the NBA court for the final time, it’s exciting to know my fans can continue to celebrate my lifelong career as a Los Angeles Laker.”

2K will debut the cover star for the standard edition of NBA 2K17 during the NBA 2K16 Road to the Finals $250,000 championship event this June.

The NBA 2K17 Legend Edition will be available in both digital and physical formats on PlayStation®4 computer entertainment system and Xbox One. The physical edition is exclusive to GAME in the UK.

The NBA 2K17 standard edition will be available in digital and physical formats on PlayStation®4 system and PlayStation®3 computer entertainment system, Xbox One and Xbox 360; and Windows PC platforms in September 2016.

Fans can pre-order NBA 2K17 at participating UK retail and online vendors, ensuring they receive their copy and in-game bonuses on the game’s September release date.

Developed by Visual Concepts, NBA 2K17 is not yet rated by PEGI.

Follow @NBA2K on social media and look for the hashtag #ThisIsNotAGame for the latest NBA 2K17 news.