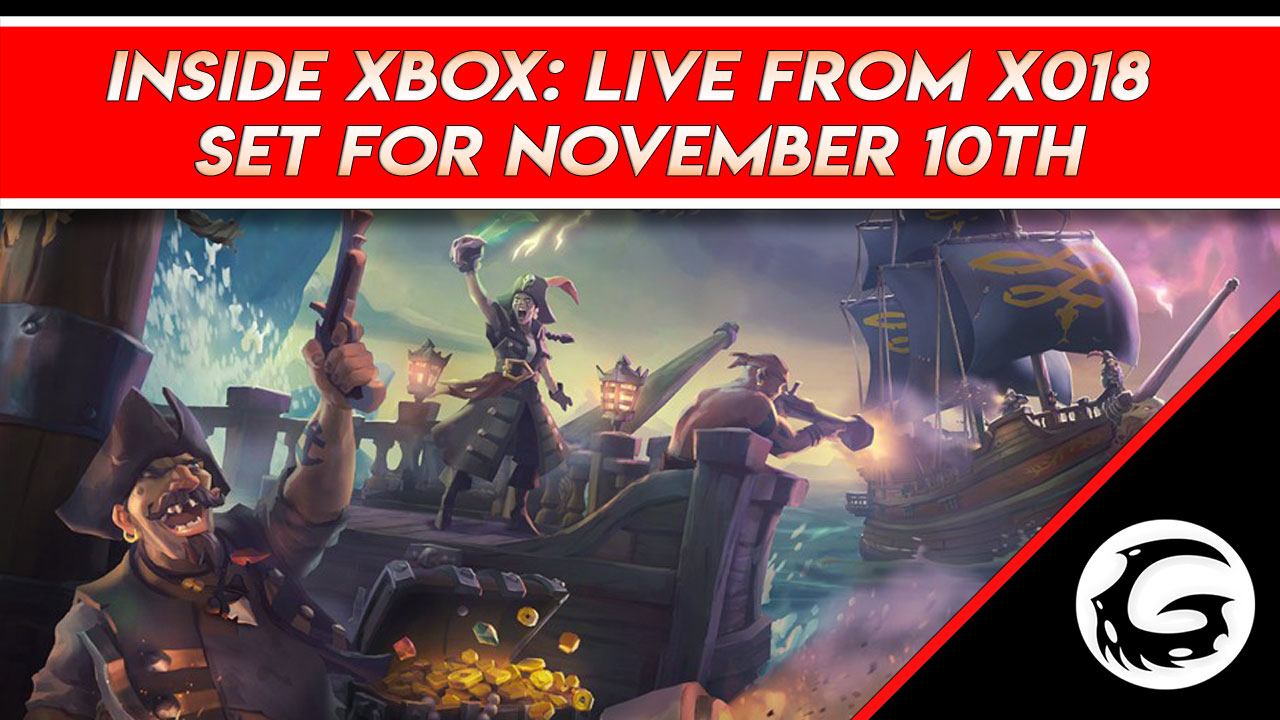 Microsoft ia poised to celebrate the return of their Xbox’s X0 event with Xbox X018 that will feature an Inside Xbox: Live special two-hour show on Saturday, November 10 at 4 p.m. ET / 1 p.m. PT on Mixer, Twitch, YouTube,Facebook, and Twitter.

Microsoft announced that they got various first party and third party announcements, along with some surprises for all Xbox One fans.

Will Tuttle, Xbox Wire Editor in Chief posted in an article on Xbox Wire:

“We’ll be celebrating an incredible holiday season for gamers with our biggest episode of Inside Xbox yet, including news, interviews, great deals, and much more. Guests include Head of Xbox Phil Spencer, Head of Microsoft Studios Matt Booty, Minecraft Studio Head Helen Chiang and many, many more.

Tune in for games including Crackdown 3, Minecraft, Sea of Thieves, State of Decay 2, Forza Horizon 4 and of course, we’ll have a surprise or two as well.

Do you like free stuff as much as we like free stuff? If you watch this special X018 episode of Inside Xbox on Mixer and you’re logged into your Microsoft account, you’ll receive in-game items for Sea of Thieves and Forza Horizon 4! Remember, to be eligible all you need to do is watch the show live at Mixer.com/Xbox on any Xbox, PC or mobile device while logged into your Microsoft account.

Of course, we’ve got a couple big surprises up our sleeves, so make sure you don’t miss a minute!

Mixer is the only next gen streaming service that offers viewers real-time influence and participation in live game streams. Streamers and viewers can connect like never before, engaging together to create a whole new streaming experience.