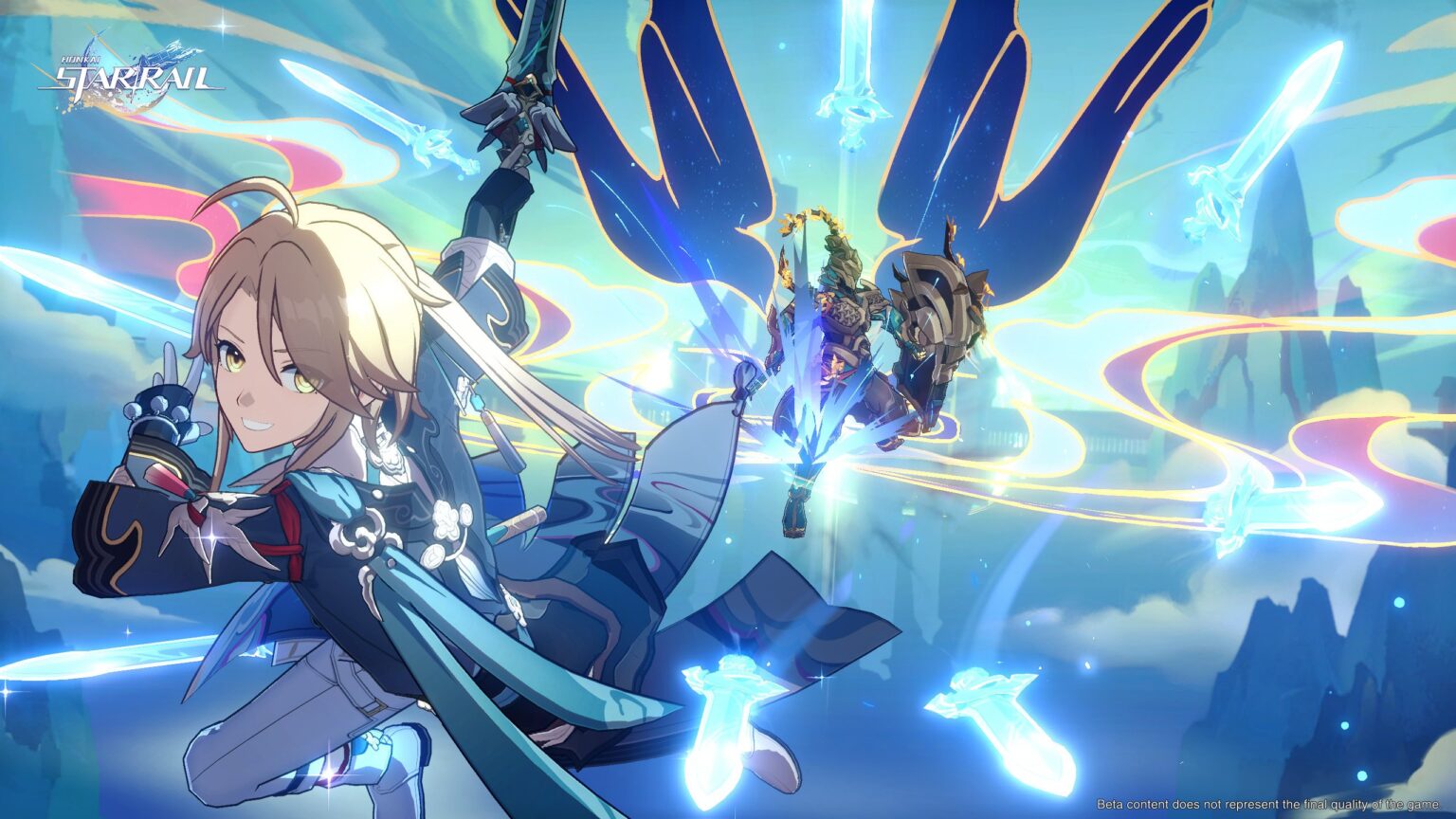 miHoyo has announced that the final closed beta test for its upcoming turn-based sci-fi RPG Honkai Star Rail will begin on February 10. The beta will be available on PC, iOS and Android, and sign-ups are available now at the game’s official website. Additionally, miHoyo announced that in the final closed beta, players “will be able to experience the origin of the story in Herta Space Station, and then set sail for the galaxy by exploring Jarilo-VI and Xianzhou Luofu, two major destinations with distinctive culture and scenery.” A final closed beta trailer was also released.

The full details via miHoyo can be seen below:

In this universe, there are the [Aeons], incarnations of universal principles that are able to freely travel between infinite worlds using some kind of primitive force. The galaxy is packed with varied worlds that have unique landscapes and stories; the [Aeons] roaming the universe uphold their own beliefs. The protagonist, who was implanted with a [Stellaron], embarks on a trip aboard the Astral Express with a group of passengers who claim to have inherited the spirit of [the Trailblaze]. Together they will pursue the trails of [Aeons] to explore the realms of the universe.

In the final closed beta, players will be able to experience the origin of the story in Herta Space Station, and then set sail for the galaxy by exploring Jarilo-VI and Xianzhou Luofu, two major destinations with distinctive culture and scenery: Jarilo-VI, an ice-cold planet, has innumerable mysteries and dangers frozen beneath its snow caps awaiting further investigation. Xianzhou Luofu, which is unveiled for the very first time, is a gigantic dreadnought belonging to the Xianzhou Alliance, one of the most powerful and influential factions in the universe. As the second stop of the trailblazer’s grand journey, with its bustling cityscape and splendid architecture, the Xianzhou Luofu foreshadows the upcoming expedition infused with eastern fantasy, where tension ferments among various groups!

Besides roaming the worlds, uncovering mysteries, and bonding with characters, Trailblazers can also build their four-person combat team from a wide range of playable characters, among whom Bailu, Yanqing, Qingque, and Tingyun make their debuts. Players can hone their unique battle skills to address different kinds of opponents through the thrilling strategy turn-based combat system. In addition, the final closed beta will see Honkai: Star Rail implement new gameplay features such as co-op mode, companion missions, photo capturing, and more.