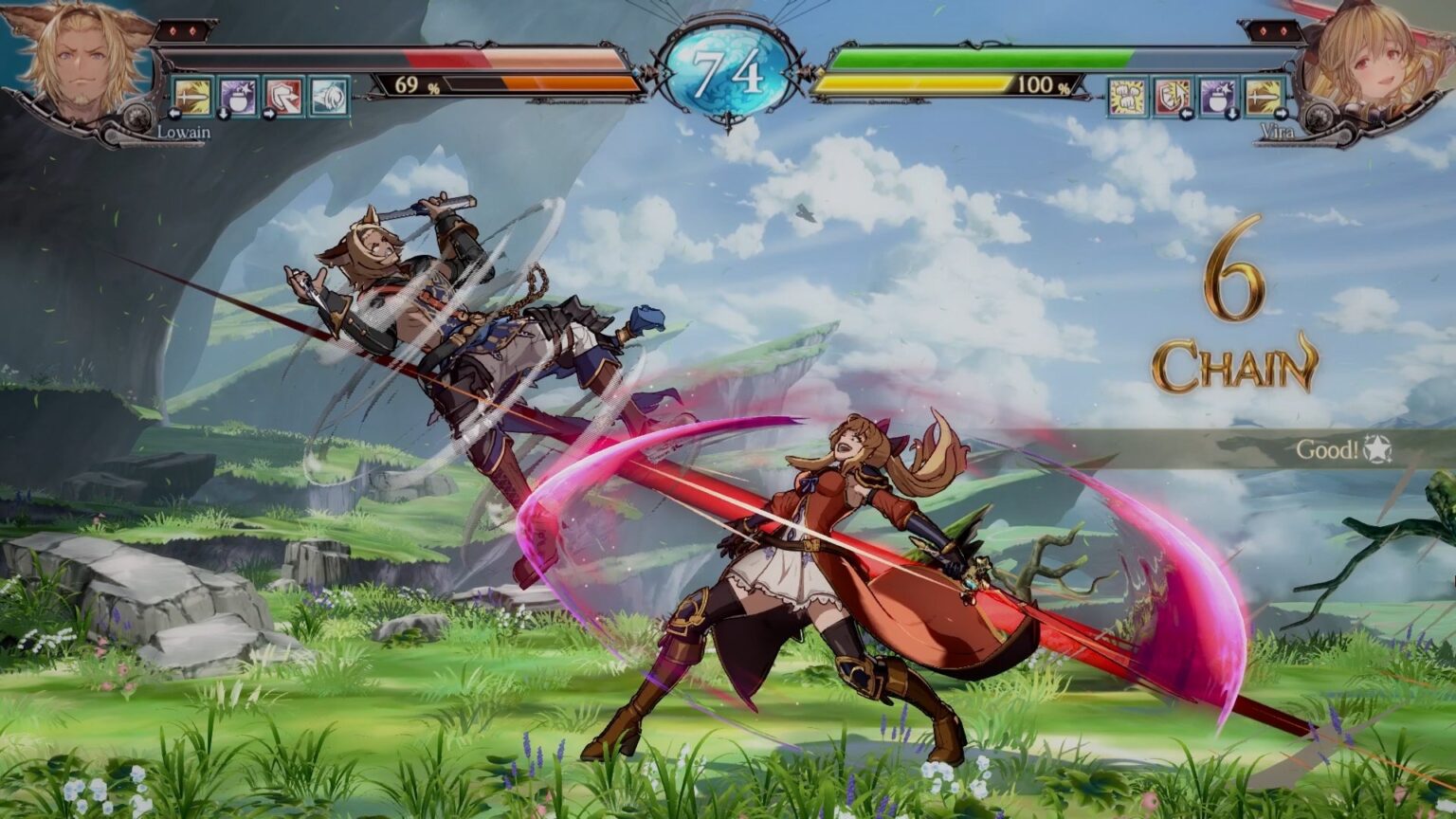 Granblue Fantasy: Versus Will Receive its Final Update on January 24

Publisher Cygames and developer Arc System Works recently announced that Granblue Fantasy: Versus will receive its final “version 2.85” update on January 24. The update includes minor gameplay adjustments, character adjustments, and more. Granblue Fantasy: Versus first launched on March 3, 2020 and is available now for PlayStation 4 and PC via Steam.

The full details via the publisher can be seen below:

Adjustments for some characters.

Granblue Fantasy: Versus Blitz planned to be held until June.

Corporate exhibition matches will be featured on stream alongside the finals, followed by a character announcement!

The third set of Event Support prizes features an illustration of Vira as an acrylic stand and clear file!

Eligible as prizes for tournaments starting this February.

An international mobile game hit, Granblue Fantasy has topped the charts, charming players across the globe with a plethora of lovable characters and story-driven mechanics. Now, legendary fighting game studio Arc System Works and Cygames are teaming up to bring the universe to home console in an action-packed head-to-head fighter. Featuring a colorful cast of their most popular “crewmembers,” each with a unique fighting style that is easy to learn but hard to master, Granblue Fantasy: Versus is sure to appeal to fans of Granblue lore and fighting games alike.

An Anime Fighter for Players of All Levels! – Arc System Works, the team behind critically-acclaimed fighting series BlazBlue, Guilty Gear, and Dragon Ball FighterZ, and Cygames, the people behind the international mobile phenomenon Granblue Fantasy, usher in a new era of fighting games with a rich and accessible battle system suitable for beginners and veterans alike.

Fight as Your Favorite Granblue Characters! – A balanced and varied cast of combatants are ready to duke it out, each with their own individual fighting styles and dazzling skills. Whether it’s the well-rounded Katalina, the long-range specialist Ferry, or the dual blade wielder Lancelot, there is a character and style to suit almost anyone’s tastes.

A Gorgeous 2.5D Style World, Accompanied by Memorable Melodies! – High production values recreate the well-known locales of the Granblue Fantasy universe in vivid 2.5D, bringing these environments to life as crewmembers cheer in the background, all accompanied by Stelle Magna’s stirring soundtrack.