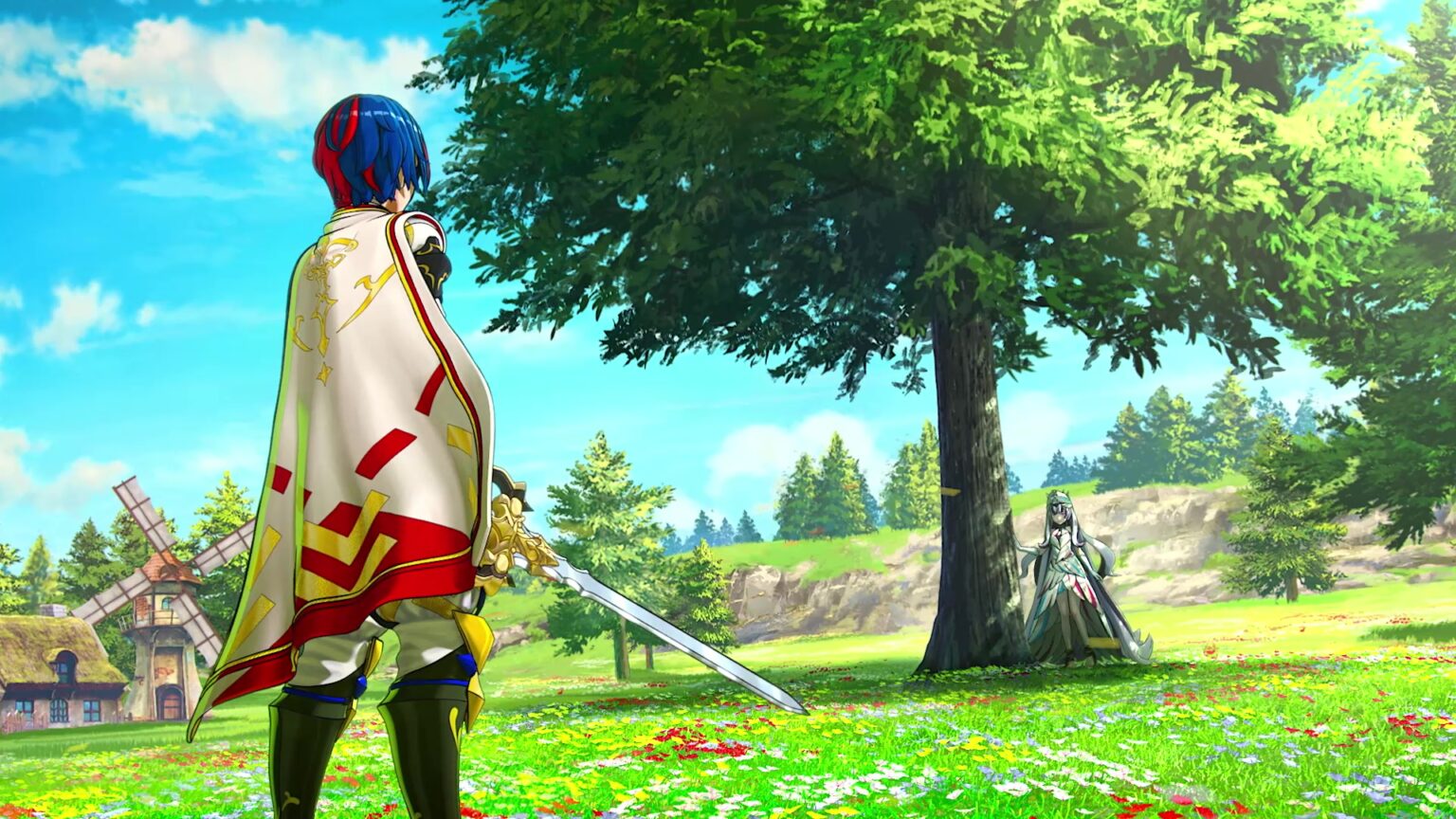 Fire Emblem Engage full details via Nintendo’s website can be seen below:

In a war against the Fell Dragon, four kingdoms worked together with heroes from other worlds to seal away this great evil. One-thousand years later, this seal has weakened and the Fell Dragon is about to reawaken. As a Divine Dragon, use rich strategies and robust customization to meet your destiny—to collect 12 Emblem Rings and bring peace back to the Continent of Elyos.

Team Up with Iconic Heroes from Past Fire Emblem Games

Summon valiant heroes like Marth and Celica with the power of Emblem Rings and add their power to yours in this brand-new Fire Emblem story.

Emblem Marth – Known as the Emblem of Beginnings. A hero among heroes, brimming with nobility and charisma. Reads enemy’s intentions in battle and responds with a flurry of strikes.

Emblem Celica – Known as the Emblem of Echoes. The princess of a vibrant country, as well as a warrior priestess. Her holy magic is the bane of monsters.

Emblem Sigurd – Known as the Emblem of the Holy War. A noble knight with a mighty lineage. Boasts high movement and powerful lance attacks.

Emblem Leif – Known as the Emblem of Genealogy. A brave prince in whose veins runs the blood of two crusaders. A versatile knight proficient in axe, sword, and lance.

Emblem Roy – Known as the Emblem of Binding. A nobleman who excels as a general, brave and intelligent. Endures enemy attacks and cuts a path through with his sword.

Emblem Lyn – Known as the Emblem of Blazing. A virtuoso swordswoman from a nomadic tribe that lived in nature. Defeats closeup foes with her sword and distant ones with her bow.

Emblem Eirika – Known as the Emblem of the Sacred. A compassionate princess who takes up her sword for the sake of peace. Her flashing sword shatters her foe’s defenses.

Emblem Ike – Known as the Emblem of Radiance. A famous mercenary leader with unparalleled skill in battle. Destroys obstacles with his mighty sword and axe.

Emblem Micaiah – Known as the Emblem of Dawn. Bearer of strange healing powers as well as visions of the future. Supports allies with illuminating magic and a healing staff.

Emblem Lucina – Known as the Emblem of Awakening. A royal heir who knows anything can change and will not yield to despair. Creates bonds with allies, and pools their strength to attack enemies.

Emblem Corrin – Known as the Emblem of Fates. Someone with an iron will and the blood of the First Dragons. Can tap into dragon veins, a magic sleeping in the land.

Emblem Byleth – Known as the Emblem of the Academy. A mercenary who became a teacher. Wields various hero’s relics and knows a variety of tactics.

Alear – Successor to the Divine Dragon, awoken from a long sleep. Summons Emblems to lead the world to peace.

Divine Dragon Lumera – The Divine Dragon and ruler of the holy land of Lythos. She vanquished the Fell Dragon 1,000 years ago.

Framme – An apprentice Steward of the Dragon and the determined, buoyant twin sister of Clanne.

Alfred – The staunch and loyal crown prince of Firene. He trains constantly to strengthen his constitution.

Diamant – The majestic crown prince of Brodia. His people trust him greatly for his strong, genuine demeanor.

Timerra – The bubbly and outgoing crown princess of Solm. Known for being accessible and approachable by all.

Anna – A traveling merchant from a wintry part of Elusia. She is a cheerful and cunning cheapskate.

Veyle – A mysterious young girl who appears suddenly as Alear is ambushed by a Corrupted. It seems she’s on a journey to find someone.

Engage in a New Style of Combat

Aside from merging appearances, Engaging lets you use weapons, skills, and more from these legends during battle. The turn-based, tactical battle is back with the brand-new Engage system to add more layers to the strategy.

Explore the paradise of Somniel, your base of operations, located in the sky above the continent of Elyos. It hosts a variety of facilities and activities for the player to prepare for upcoming battles and strengthen bonds.