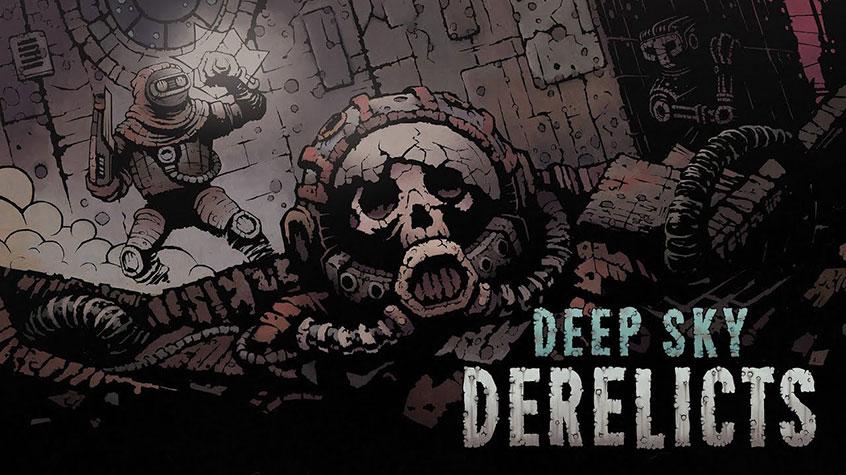 1C announced that Deep Sky Derelicts, an original combination of turn-based strategy and RPG, enriched with tactical card combat and popular rogue-like elements, will be released in Early Access on Steam and GOG.com. Release of the full, finalized game is scheduled for the end of Q1 2018.

“After being successfully presented at Gamescom 2017, as well as nominated for a Best Indie Gamescom Award, development of Deep Sky Derelicts has been concentrated on delivering an appropriately polished build for the Early Access version of the game. With a good deal of content to get players engaged within the Deep Sky Sector for hours, the Early Access version will be a great starting point for all those interested in playing a part in the development of this indie title. Apart from being able to watch the game grow and mature into the final polished version, they can also report bugs, submit suggestions for development and get exclusive first-row access to any new, additional content. The most active fans will also have a chance to win cool prizes and even become a part of Deep Sky Derelicts forever!

The universe of Deep Sky Derelicts offers vast possibilities, even with its Early Access build. The Story Mode, though capped at Character Level 3 (out of a current max. of 10), and as yet unfinished, still offers several hours of exciting gameplay with high replay value, thanks to existing content variety and the procedural generation of levels and gear. The Early Access release also includes 6 character classes to build your squad from, 13 core equipment types and 17 extension types, which make for countless variations of actual weapons and tools to equip, over 70 different playable cards those pieces of gear can contain, and 12 missions to spice things up and give you a taste of DSD’s story. And if that’s not enough, there’s always the Arena Mode, which provides a great way for players to test their tactical thinking, various weapons and attacks, as well as their luck during this battle-survival mode.

“They drift in the void. Desolate but not empty.”

In a grim dystopian future, where mankind has scattered across the galaxy and the human society has split into two distinct classes, you are a poor stateless outcast forced to live off scraps from derelict alien stations and ships in the outer space, yet you dream of becoming a privileged citizen and living on the surface of a habitable planet, enjoying non-synthetic air, water and food. A fabled alien derelict ship somewhere within the Deep Sky sector of space is your voucher for a citizenship and a promise of cozy life on a hospitable planet.

Hire and control a squad of up to three mercenary characters and set on to explore derelict ships within your reach from the scavenger’s base. Searching the derelicts for loot and clues, you come across many friendly inhabitants and traders, but more often – various enemies. Challenge and defeat them in tactical turn-based fights, where randomly-drawn cards form your changing arsenal of combat actions, gain experience for yourself and your crew, loot dead bodies, resupply and upgrade once back at your base. The scavenger’s home ship gives you the opportunity to heal and level-up your mercenaries, equip them, upgrade their gear or recharge energy for life support during missions.”