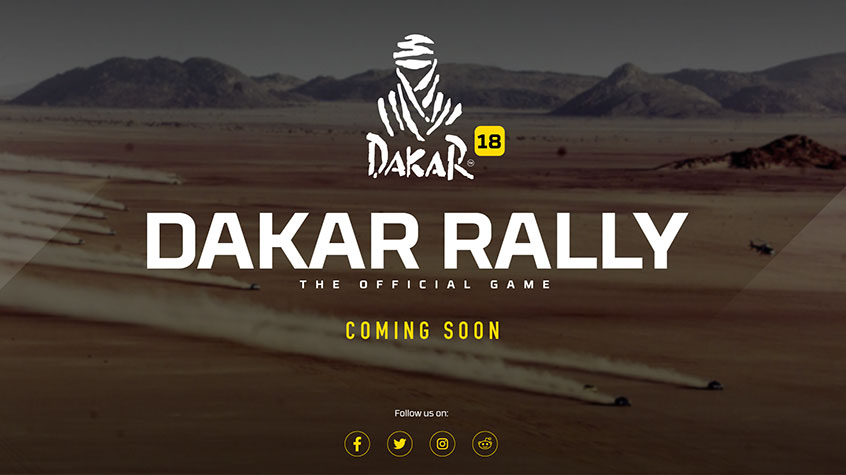 Bigmoon Entertainment and Deep Silver/Koch Media today announced a global distribution and co-publishing agreement for Dakar 18. The cross-country rally racing game is aiming to be one of the biggest open worlds ever made in a racing game, coming to PlayStation 4, Xbox One – the all in one entertainment system from Microsoft – and PC in 2018.

Check out the CGI trailer of Dakar 18, featuring a cinematic video:

“Based on the world famous annual rally – organised by Amaury Sport Organisation (A.S.O.) in South America – DAKAR 18 is a realistic simulation of the biggest cross-country rally in the world, featuring a variety of vehicles, including motorcycles, cars, trucks, quads and SxS. Players will compete in fierce online multi-player battles as well as playing offline to harness and grow racing skills.

“We are proud to be partnering with A.S.O and Koch Media in order to bring a truly realistic DAKAR racing experience to players worldwide,” said Paulo J. Games, Game Director of Bigmoon Entertainment.

“As the official developer of the project, we are sure that DAKAR 18 will be the finest representation of real life DAKAR in a video game.”

DAKAR rally is known as the biggest cross-country rally, so BIGMOON is creating one of the biggest open worlds ever made in a racing simulation. DAKAR 18 is focused on the realism, promising stunning visuals faithfully represent every vehicle and driver of the DAKAR 2018 rally.

In addition, the game will feature a single player, online and offline multiplayer experience.”

Klemens Kundratitz, CEO of Koch Media states ”We are delighted to work with Bigmoon Entertainment’ on this promising title and look forward to bringing all our expertise to the project: Beyond that we look forward together to establishing the Dakar franchise in the racing community.”

”Dakar will not be a 2 weeks adventure anymore, the fans will have the opportunity to live it all year long by playing at this new game,” said Marc Coma, Sporting Director of Dakar.

For more information on Dakar 18, visit its official website.