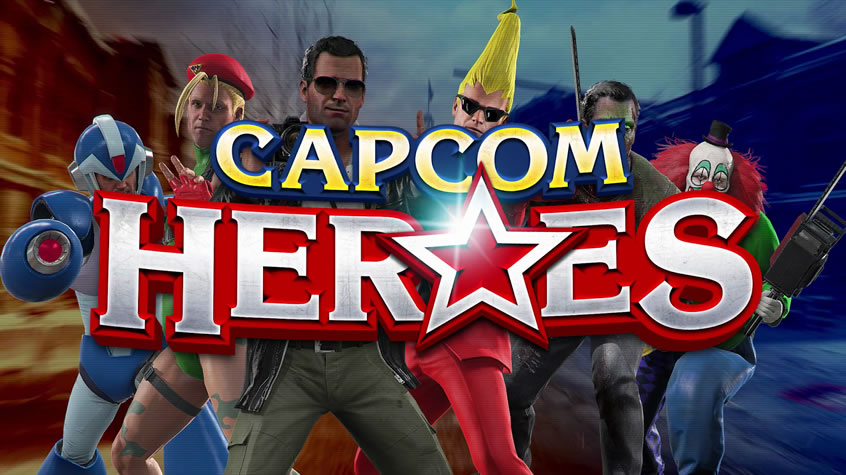 Capcom revealed the “Capcom Heroes” Mode trailer for Dead Rising 4. Since Frank West first donned a Mega Man costume and jammed a Servbot head onto a zombie in the original Dead Rising game, one of the hallmarks of the series has always been the subtle (and not-so-subtle) references to other classic Capcom franchises. From the Resident Evil nod in the mall’s restaurant named Jill’s Sandwiches, to the free Street Fighter costume pack released for Dead Rising 4, it’s clear that a love for Capcom runs deep in the series.

“It’s something close to the heart for the Dead Rising design team and when they had the chance to dream up a new game mode for Dead Rising 4, they drew upon the series’ deep ties to classic games and came up with Capcom Heroes; the ultimate love letter to many classic Capcom games.

In Capcom Heroes for Dead Rising 4, Frank West wears over a dozen outfits pulled from the Capcom archives and performs signature special attacks based on some of our greatest heroes. Capcom Heroes is an alternate way to experience the Dead Rising 4 story mode. While progressing through missions and exploring the world, players will discover arcade machines. Interacting with these arcade cabinets lets the player equip a new “Hero Outfit” that gives Frank the powers and abilities of that character.

While we aren’t announcing all of our featured costumes today, we can confirm that Frank will be able take on the look and abilities of:

Frank will now be able to fight through the zombie hordes and uncover what’s behind the latest outbreak in Willamette while wielding Adam’s dual chainsaws, Dante’s Rebellion Sword or X’s signature X-Buster and many more of Capcom’s most powerful weapons.

In addition to using the arcade machines, Frank can purchase some outfits from vendors and unlock others by finding collectibles hidden throughout the world. Players will also want to look for “Hero Training” side missions which award outfit variants and upgrades.

The design team has packed even more Capcom goodness that encourage players to photograph posters in the environment and loot treasures to access interesting game trivia and art.

Capcom Heroes is a free mode coming for all Dead Rising 4 owners on December 5th. Whether you already own the game on Xbox One, Windows 10 or Steam or are picking up the upcoming Dead Rising 4: Frank’s Big Package for PlayStation 4, you’ll be able to experience Capcom Heroes.

So grab your X-Buster, Rebellion Sword, and mini chainsaws and get ready to take on the outbreak in Dead Rising 4’s all new game mode Capcom Heroes.”

For more information on Dead Rising 4, visit its official website.