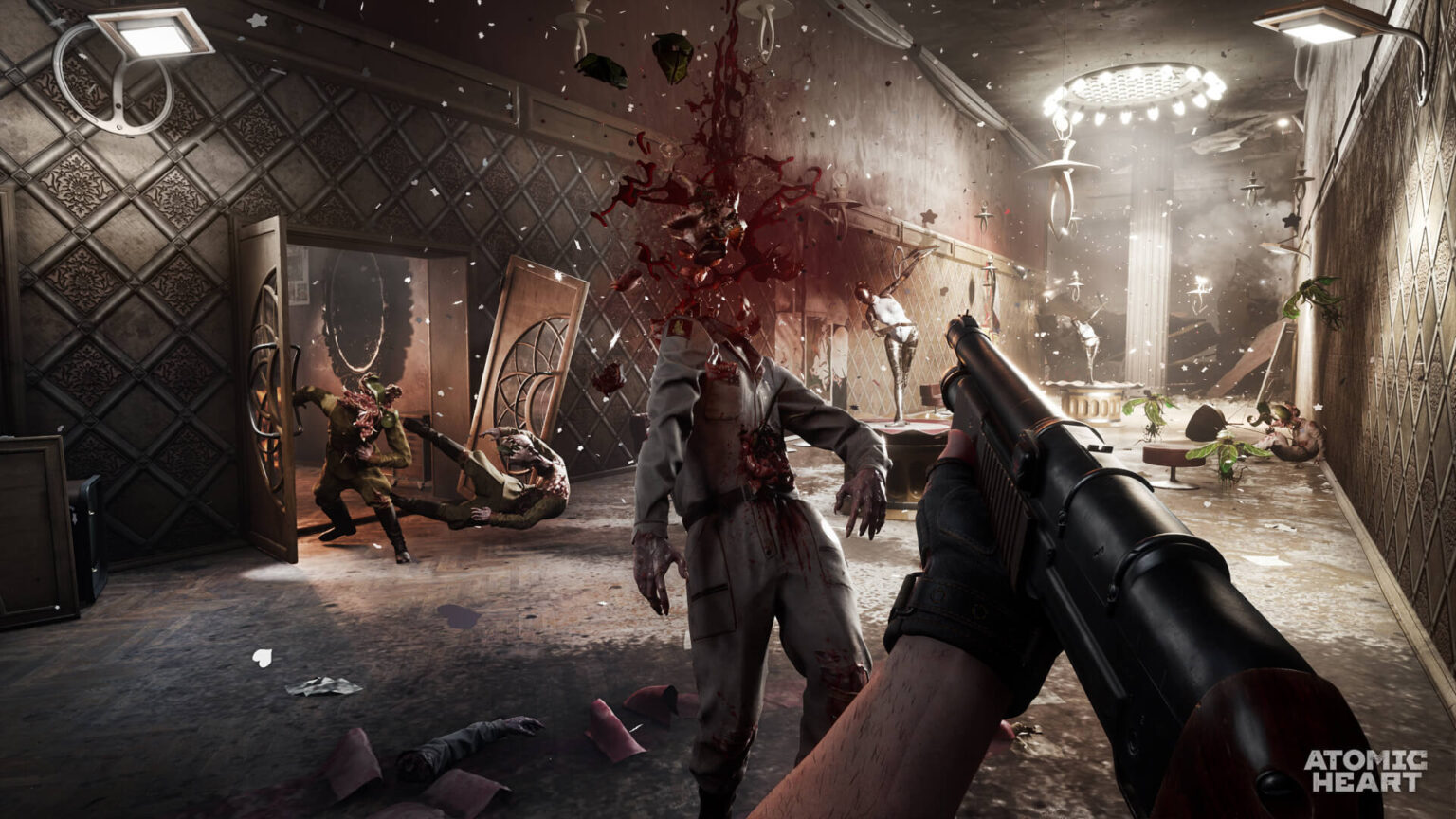 Focus Entertainment and developer Mundfish recently released a new 4K GeForce RTX gameplay reveal trailer for its upcoming action-RPG FPS Atomic Heart at Nvidia’s Special Address at CES 2023, showcasing how the game runs using Nvidia DLSS 3 technology, as well as some picturesque ray-traced reflections and visuals. Atomic Heart will launch on February 21, 2023, for PlayStation 5, Xbox Series X/S, PlayStation 4, Xbox One, and PC via Steam. It will also be available on Xbox Game Pass.

Welcome to a utopian world of wonders and perfection, in which humans live in harmony with their loyal and fervent robots.

Well, that’s how it used to be. With the launch of the latest robot-control system mere days away, only a tragic accident or a global conspiracy could disrupt it…

The unstoppable course of technology along with secret experiments have brought rise to mutant creatures, terrifying machines and superpowered robots—all suddenly rebelling against their creators. Only you can stop them and find out what lies behind the idealized world.

Using the combat abilities granted by your experimental power glove, your arsenal of blades and cutting-edge weaponry, fight for your life in explosive and frenetic encounters. Adapt your fighting style to each unique opponent. Combine your skills and resources, use the environment and upgrade your equipment to overcome challenges and eradicate the evil.

A utopian world, both mad and sublime.

Upgrade your arsenal and equipment.