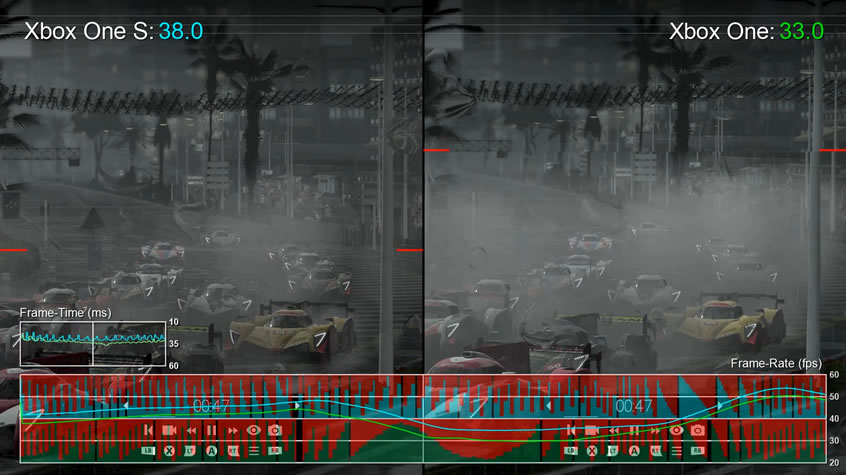 It was announced by Digital Foundry, that the new Xbox, codename: Scorpio,  features 100 per cent compatibility with any software that runs on the existing Xbox One console, from triple A games to the existing Xbox 360 games on the Xbox One via Microsoft’s backward compatibility programme. The Scorpio engine will enhance  your existing games. According to the Xbox hardware team, your existing library of games should run smoother, look better and load faster.

Check out the comparison video of the Xbox Scorpio, showing how it will enhance existing games on the Xbox One:

“It’s a considerable technical achievement because, while the new console is built from the ground up to run all content, certain design decisions were made during the machine’s gestation period that make this task a whole lot harder than it might have been. Put simply – there’s an easier way, exemplified by PlayStation 4 Pro’s technical make-up, and then there’s the more challenging approach – the Scorpio way.

“In designing for compatibility, there are two choices that we can take from a performance perspective,” Microsoft’s Andrew Goossen, Technical Fellow, Graphics tells us. “One of which is to design hardware to emulate the performance capabilities of the original [console] as much as possible, or the other one is to say, we’re just going to turn on all the performance and we’re going to deal with all the issues.”

1. Smoother performance and no screen-tearing

“We bring to bear all 40 compute units and the full 1172MHz clock-speed [of the Scorpio GPU], we’re bringing those to bear on all the games possible,” says Andrew Goossen. “Now, I have a caveat a bit later about all the compatibility testing we do for these and some of the implications, but we can bring all the 40CUs, all 1172MHz, of course the full 2.3GHz on the CPU.”

A popular technique in games development is to adapt dynamic resolution scaling. The idea here is straightforward: when a game is in danger of losing its lock on its performance target, be it 30fps or 60fps, the title scales down the image, running it at a lower resolution in order to maintain a smoother frame-rate. There are many games out there that support dynamic scaling – Doom 2016, Halo 5, Gears of War 4, Battlefield 1, Call of Duty: Infinite Warfare and The Division, for example.

Resolution is an important, defining aspect of image quality but it is not the only one. Texture filtering is hugely important – and it’s actually an element where both PS4 and Xbox One have let us down a little compared to the same titles running on PC, where the full force of 16x anisotropic filtering can make a big difference.

Microsoft’s plans for GameDVR on Scorpio are impressive – the hardware team is leveraging the new console’s next-gen media block to provide 4K60 video capture with no performance hit, utilising the highly efficient HEVC codec for pristine visual quality. GameDVR works for back-compat titles too, which has some key benefits.

In a world where a Battlefield 1 campaign level can take anything up to two minutes to load, this one is especially welcome. “We’re able to say that game loads will be fundamentally faster,” Goossen reveals. “There are three ways we say that – one of which is the CPU boost. The 31 per cent CPU boost in terms of clock will help games that are CPU-bound in terms of their IO.”

Is there a catch?

If it all sounds too good to be true, there is one minor drawback. Some of the enhancements may cause compatibility issues on a very small percentage of titles, meaning that certain improvements listed above may not apply to all games. It’s similar to the way that boost mode on PS4 Pro has great compatibility overall but has issues on a small minority of the library. The difference is that in this case, Microsoft is ensuring that all titles work, and this means that some of the five benefits above may need to be dialled back. The onus is on the platform holder to ensure that everything ‘just works’.”

For more information on the Xbox Scorpio and its enhacements to existing games, visit its source.