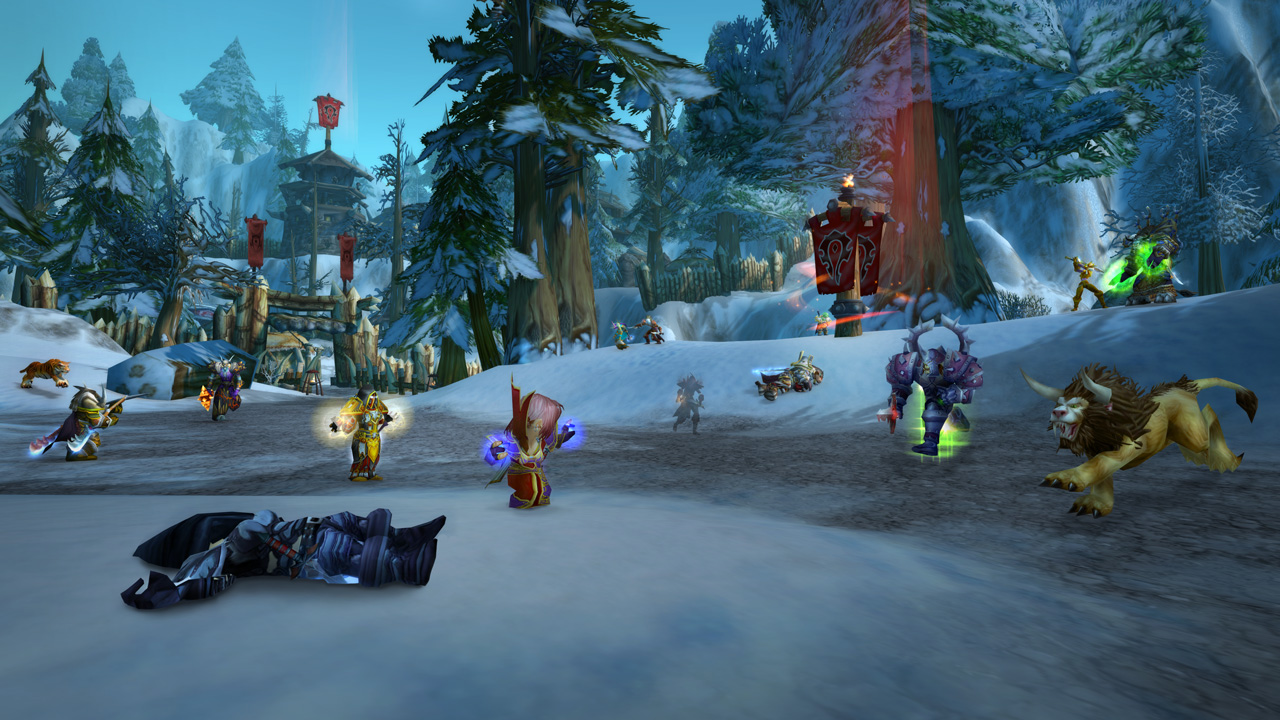 Players of World of Warcraft Classic can now put their PvP skills to the test, for Warsong Gulch and Alterac Valley have arrived.

Warsong Gulch is a ten vs ten capture the flag map, both loved and reviled in vanilla WoW, depending on player perspective. Players must capture the opposing team’s flag three times to claim victory, fighting their way through turtled defenders and those strange individuals who hang out in the middle of the map fighting over no objective at all.

Warsong Gulch is available to characters level ten or above, and players can access the battleground by visiting the battlemaster in one of the capital cities to enter the queue, or by traveling to the physical entrance, located in the Northern Barrens for the Horde, and Ashenvale for the Alliance. Adventurers will be matched with other players in specific level brackets: 10-19, 20-29, 30-39, 40-49, 50-59, and 60.

Not to be outdone by Warsong Gulch, Alterac Valley also makes its debut today in World of Warcraft Classic. A 40 vs 40 grudge match between Alliance and Horde, Alterac Valley is unique among battlegrounds in that it contains a PvE element alongside its PvP, and teams must coordinate both in order to achieve dominance over the enemy. Adventurers must take control of key objectives scattered throughout Alterac Valley, such as mines, graveyards, and watchtowers, pushing their way further into their foe’s territory. The end objective is to take out the opposing faction’s general—mighty Drek’thar for the Horde, and resolute dwarf Vanndar Stormpike for the Alliance.

While adventuring in Alterac Valley, players will earn reputation with the Stormpike Guard of the Alliance or the Frostwolf Clan of the Horde, opening up access to new and exciting rewards. Gamers can also earn additional reputation through several quests scattered throughout the battleground.

Bloodthirsty adventurers of at least level 51 can access Alterac Valley via the battlemasters in capital cities, or head out to the Alterac Mountains and enter the battlegrounds on foot.