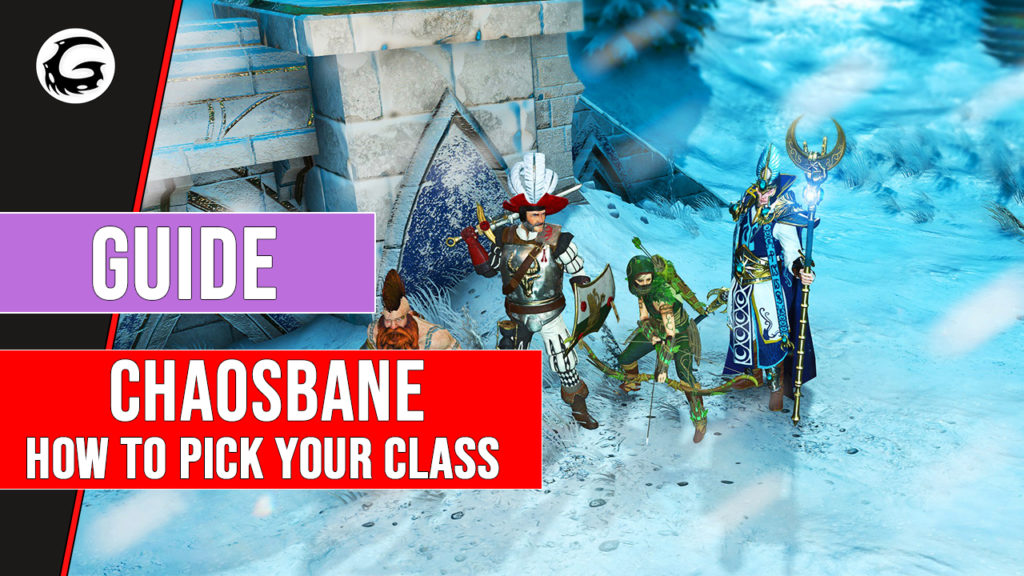 Warhammer: Chaosbane – How to Pick Your Class

Warhammer: Chaosbane – How to Pick Your Class

Looking to cleanse the Empire of chaos filth, but not sure how to go about it? Don’t worry, we’re here to help you out!

Chaosbane has 4 different playable characters, and every one of them is unique in his own way. This guide’s going to help you pick the hero that’s most suited to your way of killing things! We’re gonna take a quick look through the abilities and play style of every character, then I’m going to add some personal notes to each, so let’s get a move on!

We’re gonna start off with the Slayer. The Slayer is a melee class and at first sight, he seems to be your classical berserker archetype. He’s meant to be in the thick of melee, with a basic skill that allows you to move around quickly, in the form of Chained Axe, which will only allow you to get closer to enemy, as you can’t go through them using it.

The slayer’s main appeal is that he can deal a ton of melee damage. An aggressive and reckless character, any way you’d want to build him, he’d still end up dealing lots of damage. He builds up his energy as he attacks with basic generator skills, like every other hero, but if you’re going to play as a slayer, you also need to be aware of his secondary resource, his rage. Rage will build up as he fights and uses different abilities, and many abilities, as well as your base damage, will benefit greatly from it.

Once the slayer stops fighting, his rage will decrease and soon after it’s gone, so will his energy, so you’re even more motivated to always stay in combat, if you want to not waste your energy.

Now, as for the types of damage you’ll generally deal as the slayer, it’s mostly physical, bleeding and fire. In fact, there’s A LOT of fire damage in Bragi Axebiter’s kit, and there’s even a whole end-game set that specifically builds around it, but it’s all melee, all the time.

You’ll jump around and cause earthquakes, makes hundreds bleed at a time and batter your way through hordes of enemies with ease, whirlwind around while the dwarf laughs maniacally and overall have a great time as the slayer. Do note that he’s also not as squishy as his incessant death wish might have you believe. With good use of his skills, Bragi is one of the tankiest characters in the game!

Personally, I enjoy playing as the slayer quite a lot, and I’d recommend him as a beginner class for people that want to play melee, as he’s both easy to learn and extremely powerful! 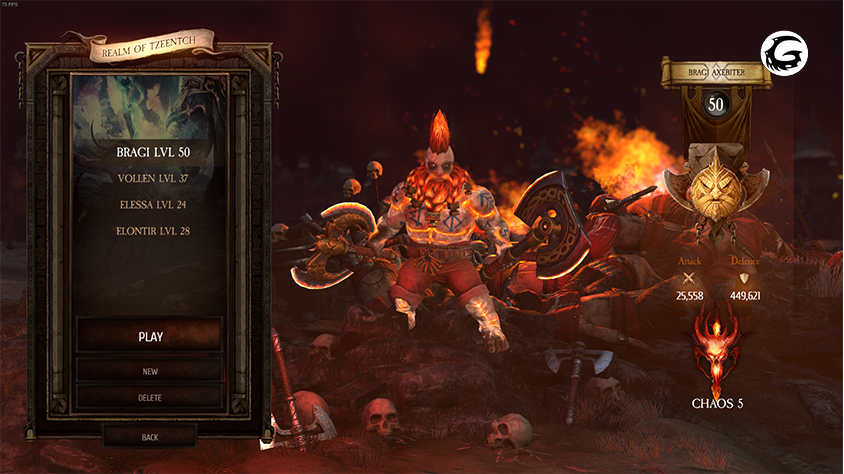 Ah yes, Konrad. The soldier is the game’s second melee class and he’s certainly very different from the slayer. As you can judge by his weapons and look, the soldier’s a more defensively oriented hero. His basic skill will provide you with damage reduction and powerful crowd control, marking Konrad as a defensive, supportive character.

The soldier’s main feature is, obviously, that he’s hard to kill. He comes with a plethora of defensive abilities, both active and passive. He can stun enemies pretty much on demand, provide very powerful, stackable buffs to a party of players and at the same time, deal very good area of effect damage. Konrad is surprisingly powerful when it comes to dealing with large hordes of enemies. His energy doesn’t decrease outside of combat and, in fact, he has a passive ability that will allow you to GAIN energy while not fighting.

The soldier will generally deal damage that is outright physical and has many tools that allow him to benefit greatly from Counter-strike damage, basically thorns, damaging enemies whenever they hit him. Many of his skills also add a percentage of this counter-strike damage to their own, making him capable of great burst damage. His shield-charge skill is extremely fun to use and it allows you to turn an otherwise slow character into a very mobile powerhouse.

As the soldier, you’ll smash enemies into the ground, blast them with you blunderbuss, rally your allies with different banners and protect your friends while heavily debuffing your enemies if you so want. You’ll be the only class in the game capable of making a full-support build, too!

As a personal note, I’d like to add that Konrad is fun to play and indeed very powerful against large hordes, but his single target damage is very lackluster, and that’s going to sting in every boss fight. I’d recommend him most for group play. 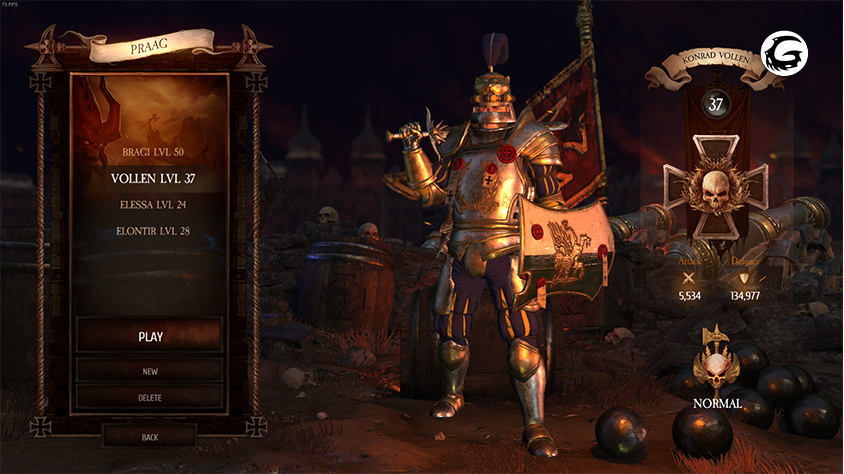 At first sight, you’d think Elessa is some kind of assassin, sneaking around and evading combat, while eliminating targets with her dagger and bow. You’d be partially correct!

The waywatcher is agile, extremely mobile, to the point of having a basic ability that allows you to dodge roll through as many enemies as ycmon allies to aid her. In fact, you can build her so as to constantly have a large ARMY of dryads supporting you, dealing damage, tanking hits for you and spawning more dryads as they attack. Otherwise, you can always build her as a pretty standard ranged character, with excellent killing power.

As the waywatcher, you’ll generally be killing your whole screen well before anything threatens your life, summoning a small army of allies and even providing slight buffs and healing powers to your party, if you so desire.

Personally, I’d recommend Elessa as the best beginner character, especially for people who prefer ranged combat, as she’s not hard to understand, unique in her summoning aspect, safe and extremely powerful at range. 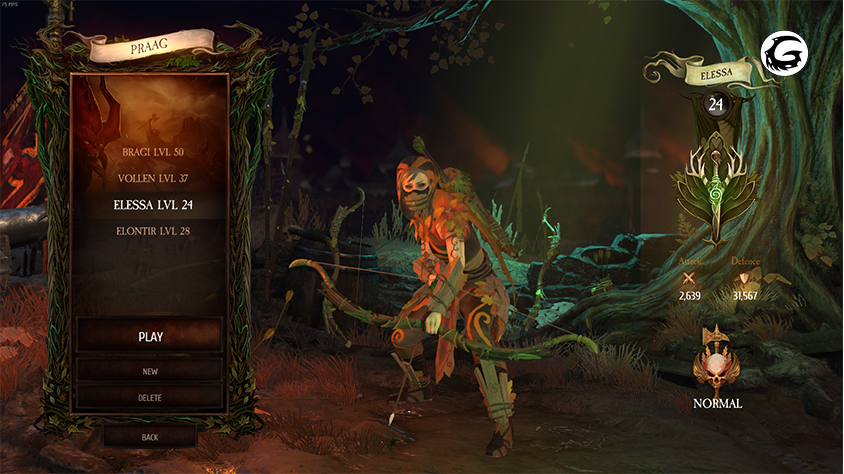 Finally, we got Elontir, the Archmage. He looks like your standard, arrogant elven mage and sure plays like it too!

His mobility is fairly average, with a short cooldown teleportation ability, as well as multiple knockbacks and stuns available to him. His most unique feature, however, is his basic Aethyric Manipulation. This allows him to manually control any projectile spell that he has launched. While also moving and casting other things at the same time.

Elontir obliterates his enemies either with raw magical damage, or with fire, and he has so many different damage enhancers and sources that he can stack that you will certainly delete screens of enemies with ease. His single target damage is far from lacking as well, but the archmage certainly has very little staying power. In fact, one bad use of your teleport will generally end in death, as the squishy mage just isn’t built for taking damage.

I wouldn’t personally recommend Elontir for beginners, unless you REALLY want to be a mage. His mechanics make him very powerful, with possibly the highest damage potential in the game, but he’s definitely the most complex character to learn and play effectively. 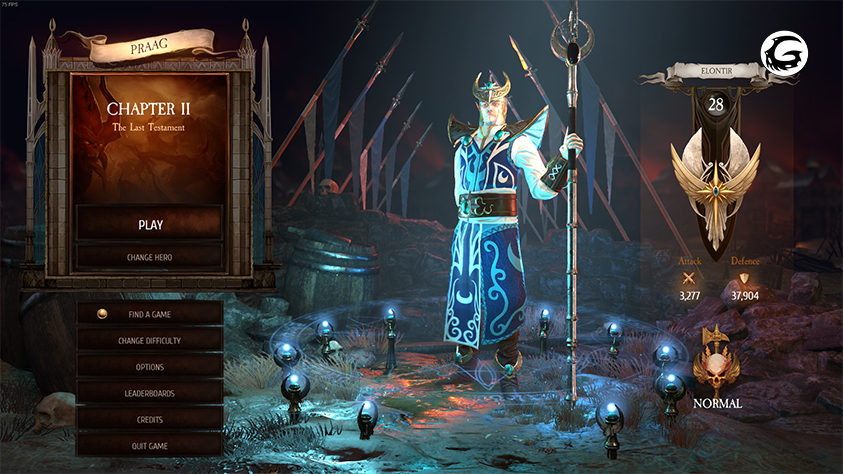