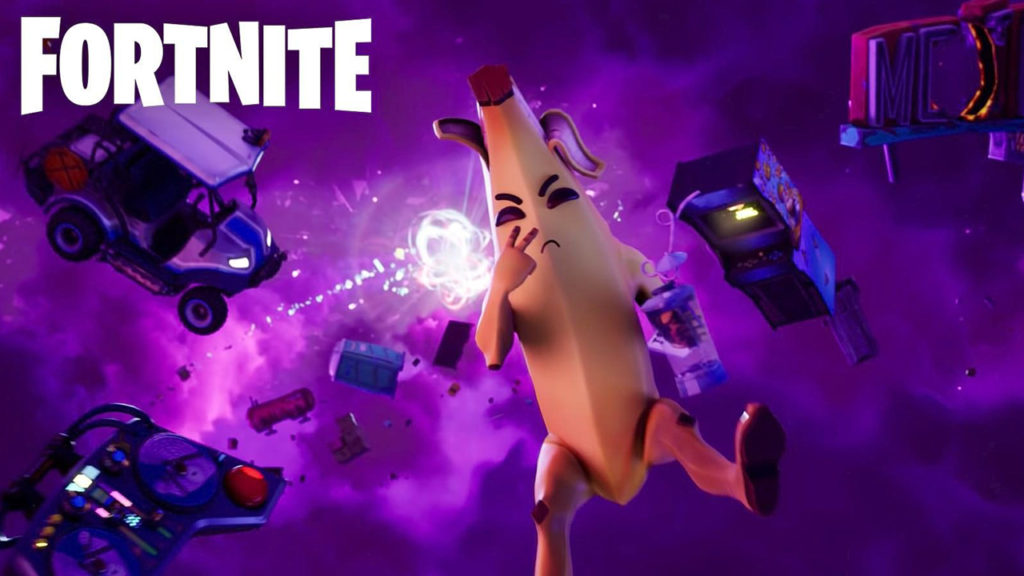 Fortnite’s Season X has been filled with some great new characters, cosmetics, and locations. With the map changing so frequently, though, it can be hard to know exactly which drop spots would work best for your play style. In this guide we’ll take a look at our top three drop locations currently in Season X of Fortnite. 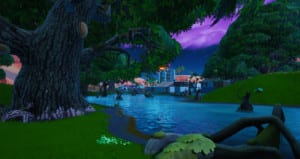 Any fans that are comfortable dropping at Paradise Palms will instantly notice something different if they drop in the same location: the landscape has been taken over by swampland. Moisty Palms is a great place to drop if you’re looking for good items and weapons, and you’re keen to have some cover already built into the location. With buildings and trees everywhere, not only are there a ton of resources you can gather to start the match, but there are also tons of places to hide. In addition to this cover, Moisty Palms added a feature for when you crouch. While you’re crouched you will turn into an object such as a trash can or shelf, and only be visible as this item to enemies. The downside of this feature is that while hidden you can’t fire, and it makes the transition to your weapon quite slow. If you’re using Moisty Palms as a drop point with the plan of moving on to other locations quickly though, this is a handy feature. With a pretty good amount of chests and items, plenty of places to hide, and the ability to make your character camouflage into the area, this is a great location to start off your match well. Moisty Palms is a great all around place to drop, but be on the lookout at there will usually be several people dropping in on the same location.

PROS: Lots of loot, crouch-hiding ability, lots of cover to keep you safe while prepping
CONS: Can get crowded, the location can be tricky to get out of quickly 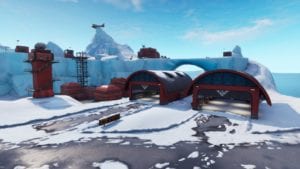 Frosty Flights is another solid place to drop, but definitely has a much different feel and purpose than a popular spot like Pandora. If you’re not looking to drop right into action in your match than Frosty Flights is usually a safe bet. You’ll still find a fair amount of chests and ammo boxes, giving you more than enough supplies to start the match off right, but it’s unlikely you’ll encounter many, if any, other players. The zipline access to Polar Peak also means that your movement to the rest of the map is fairly straightforward. With that being said, one thing to keep in mind, though, is definitely your location compared to other areas. Because Frosty Flights hides in the corner of the map, you’ll want to watch the storm timer and work quickly to make sure that you can get where you need to be. Overall, Frosty Flights is a great mellow place to drop if you’re not one for action right off the bat, but still want to get a good inventory going from your drop-point.

PROS: Quiet, still a good amount of loot, fairly easy access to other locations
CONS: Not usually too many gold/purple weapons 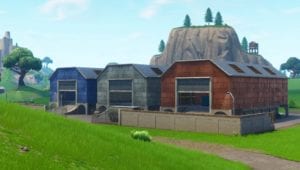 Dusty Depot can be easy to overlook initially as it doesn’t cover too large of a space on the map, but make no mistake, it’s still worth a look. There’s plenty of cover within the three sheds, and there are enough trees outside of the area to provide some natural cover if entering on foot. It’s easy to find plenty of great weapons and items here, but it can be kind of hit or miss with other players dropping in. If you see that no one is dropping here, it’s never a bad idea to land and load up on gear quickly, then travel to another location on the map. The location of Dusty Depot is definitely another one of its strong points. Because it’s pretty close to the center of the map, dropping here gives you easy access to any location on the map you might want to go. You’ll find that generally Dusty Depot is a great all around place to drop, but be sure you’re on the lookout for who’s close by.

PROS: Great loot, good unbreakable cover with the structures of the sheds, easy access to the rest of the map
CONS: Can become crowded upon dropping, often you’ll find people traveling in to location on foot

What are your favorite places to drop in Fortnite this season? Let us know in the comments below!