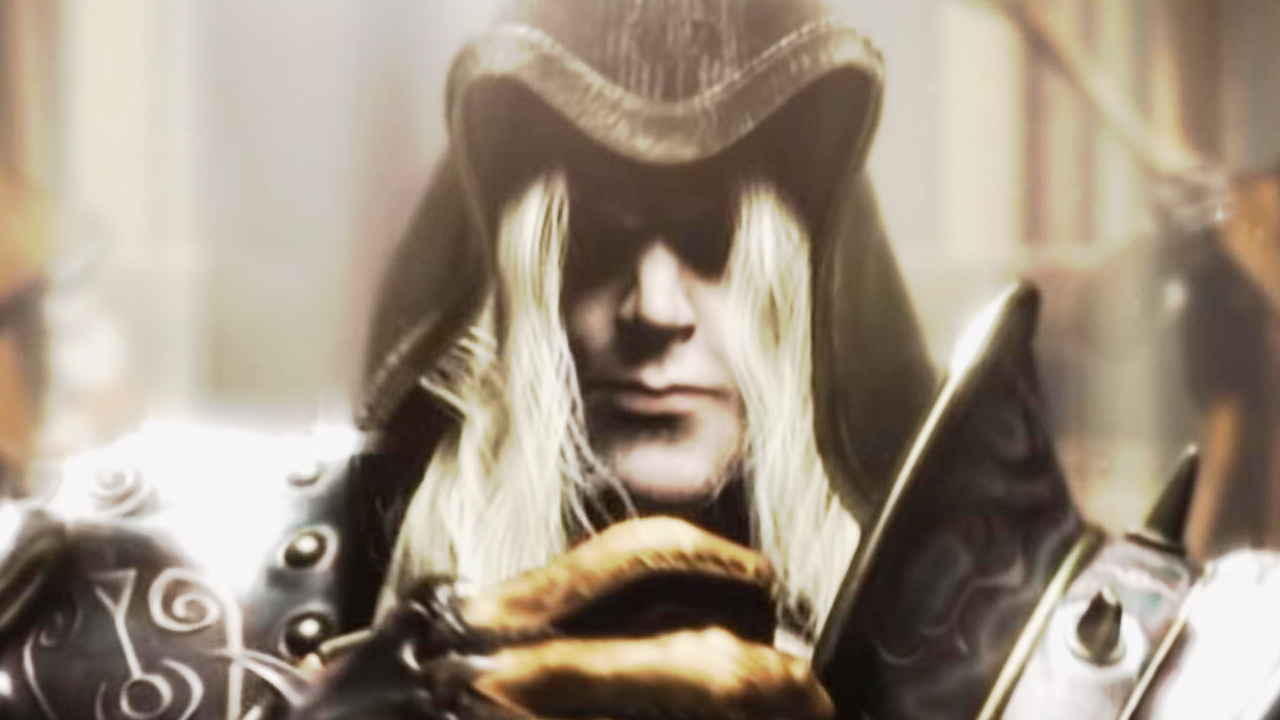 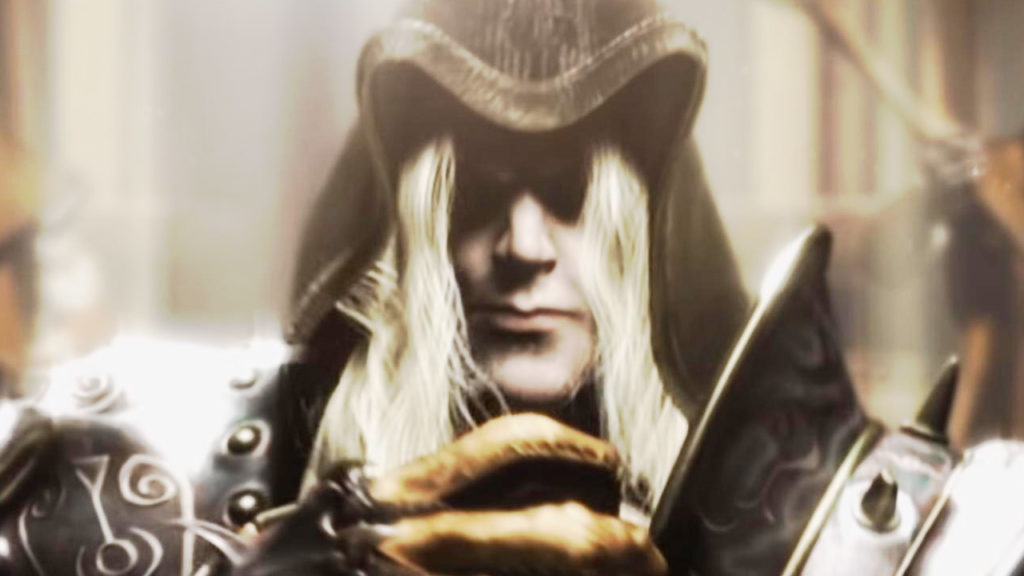 Video games have long existed as more than a mere means for players to jump on the heads of unsuspecting turtles or hack and slash their way through hordes of enemies. Some of the most iconic games in history are beloved and remembered with fond reflection not due only to combat and gameplay, but for the rich and immersive storylines that transport players from this mundane world to a plane of existence where they can be anyone—anything they want to be. From the simplest storylines first told on early consoles and clunky, primitive computers to the convoluted multi-arcing plotlines of today, the art of narrative in video games has evolved in the same leaps and bounds as the technology which houses it.

At gaming’s onset, the technology to tell complicated narrative didn’t exist. Games were embedded into thick plastic cartridges or floppy disks that actually flopped, and these primitive devices weren’t capable of containing enough information to relay much in the way of story. This meant that for the most part, early games tended to lean toward the platformer or shoot ‘em up genres, with a tale relegated to the background, told to the player through a handful of dialogue panels or screens. Sometimes, those backstories were relayed through a booklet that came with purchase—and on occasion, the only blurb given in regards to the story was on the back of the game’s box itself.

As technology advanced, so did the ability for developers to create more involved plotlines. The most important of these technological breakthroughs was the switch from cartridge and floppy-disc based gaming to compact disc. Not only could discs hold more information, and thus have more room for storytelling, they could also contain sharp-quality sound files, allowing for voice acting rather than players reading slow-moving text as it crawled across their screen.

At the same time games were moving from cartridge to compact disc, graphical upgrades through newer engines running on state-of-the-art processors allowed for true cinematic experiences. Previous to the PlayStation 1 era, 8-bit and 16-bit graphics meant games came in 2d, with characters represented by pixelated sprites and low-resolution models with more edges than Overwatch’s Reaper. The advent of the PlayStation, however, brought with it a whole new way to tell tales—through dramatic cutscenes that lent an almost movie-like feel to the games they accentuated.

Over time, the cinematic and story experiences in gaming have continued to improve, to the point where every genre of game has one—and some titles, such as this year’s Death Stranding, are dedicated to narrative almost in their entirety. While these types of games aren’t for everyone, for fans looking to escape to another world and step into the shoes of a being that is not themselves, they are nothing short of an amazing journey that must be set out upon.

Gaming evolution now stands before another monumental moment—the nascent birth of virtual reality. While VR headsets have been available for some time now, the technology isn’t quite as advanced as it needs to be in order to provide a truly immersive experience. This will change as time goes on, of course, and perhaps one day gamers may even experience something like Star Trek’s Holodeck, walking through a world that alters itself around them without the requirement of a headset.

Technological limitations in gaming’s early years meant narrative remained confined to linear plots, with little in the way of player choice affecting the outcome. One of the first early games to have something of a non-linear story campaign was Maniac Mansion, a 1987 graphic adventure game developed and produced by Lucasfilm Games for the Commodore 64 and Apple II.

The plot of Maniac Mansion revolves around a teenage boy named Dave, whose girlfriend Sandy Pantz has been kidnapped by a mad scientist enslaved by a sentient meteor. Gamers guided Dave along with two out of six of his playable friends through a puzzle and trap filled mansion, and along the way, the player’s choices had subtle effects on the story—told through 2d animated cutscenes. Maniac Mansion was considered so innovative for its time that author Orson Scott Card (Ender’s Game) said it was “a step toward computer games becoming a valid storytelling art.” Maniac Mansion went on to inspire other developers to create more complicated stories, and as time passed, more and more games were produced with non-linear narrative arcs. 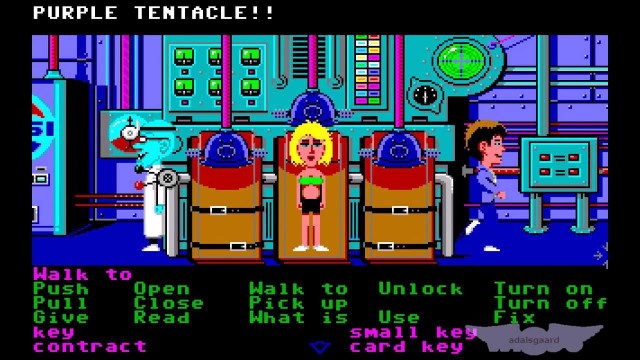 In more recent years, games such as Skyrim and others in the Elder Scrolls franchise allow gamers to participate in multiple story arcs—or even no story at all—carving out their own adventures in whatever way they see fit. BioWare’s Knights of the Old Republic and Mass Effect games, while not quite as non-linear as the Elder Scrolls titles, contain narrative so impacted by player choices that the experience is different with each playthrough. Such intricate storytelling seemed a pipe dream at the onset of gaming, and now that it has become reality, developers and writers can add an abundance of alternate arcs and endings to help flesh out their tales.

It’s important to note that linear storytelling isn’t inherently bad, nor does it mean the plots of such games are limited in scope. One of the most enduring franchises through gaming’s history is none other than Warcraft, praised both in the real time strategy and roleplaying genres for its rich, vibrant world, intricate lore, and compelling characters. While World of Warcraft compounded and expanded the franchise’s fanbase in an astronomical fashion, it was the original linear story campaigns of the RTS titles through which players first fell in love with Azeroth and its inhabitants.

Another example of linear storytelling that did nothing to hold its legend back is Final Fantasy VII—in the process of being remade over twenty years since it first saw release. Until the final act of the game, players had little choice in where they could go to advance the story. While some areas and towns other than the one containing the objective were accessible via the world map, large portions of the game world remained blocked off via terrain or vehicular disadvantage until the developers decided players had advanced far enough along through the narrative. Still, Final Fantasy VII’s story was, and still is, considered to be one of the best tales ever told through the medium of video games.

As technology continues to improve, so too does the capability for writers to infuse games with deeper, longer, and more immersive stories. The evolution of the industry shows no signs of slowing, regression, or stagnation—it churns forward, bolstered by gaming’s entry into the mainstream during the 2000’s. No longer the realm of nerds and geeks, video games are an acceptable hobby and pastime for all people, of all ages. From multibillion-dollar companies to “studios” made up of one dedicated individual, developers all over the globe produce titles stuffed full of story for players to enjoy, vying to be the team that pushes the envelope in both gameplay and narrative.

Yesterday, Gaming Instincts author Dylan Warman discussed what the future holds for storytelling in video games, and interested fans may want to take a look at his musings on the subject. The next big step on the horizon for gaming is virtual reality, with upcoming title Half-Life: Alyx poised to take advantage of every bit of power it can squeeze from current-generation VR consoles. What else the future might bring is unknown—but if there’s a lesson to be gleaned from the history of storytelling in games so far, it’s a simple one.

Dream big, and reach for the stars.