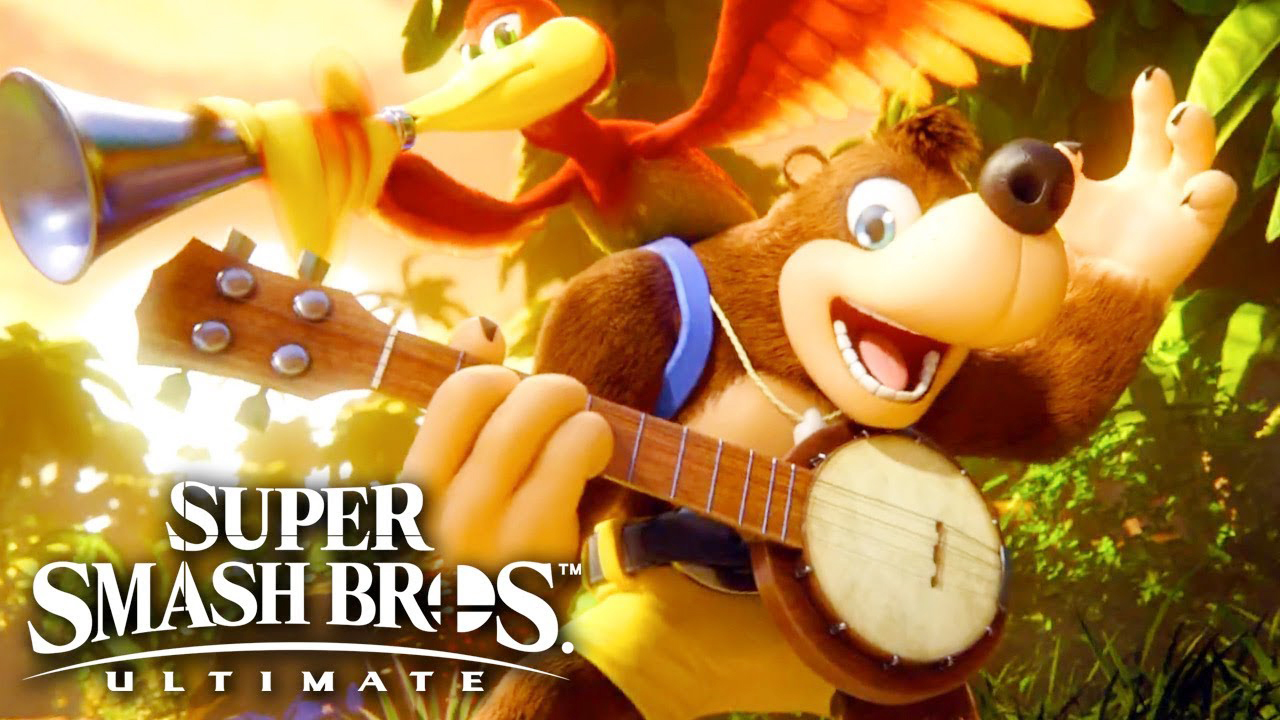 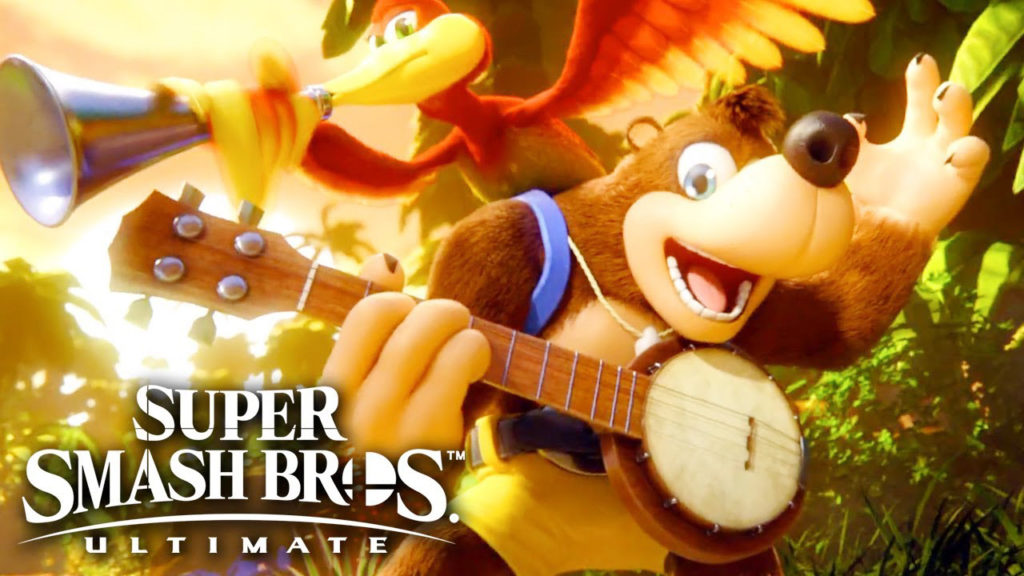 During Nintendo’s Direct on Friday, September 6th, Banjo Kazooie were not only showed off, but available for download the same day on Super Smash Bros. We knew the announcement of these characters was coming back at e3 based on the leaks we had seen, but getting them the same day as the Direct was a nice surprise.

Being released on the N64 in 1998, Banjo Kazooie became a big hit with platformer fans and has been with Nintendo from the start and are now with Microsoft. Well now with graces from both Rare and Microsoft, the two titular characters Banjo & Kazooie come together in order to become the fighter that fans of the series will enjoy.

The team moves fast due to Kazooie leading the way, but it needs a few steps from Banjo in order to get full speed.

With help from Kazooie, Banjo can fly up into the air after a hefty jump. After the first two flaps, Kazooie starts to struggle, so do what you need in the air fast. If you’re falling off of a stage, get at least a few flaps in and use your up special to get up.

First we’ll go through all the moves these characters have to offer and then we’ll get into some good use-cases for this character and pitfalls you’ll want to avoid.

Banjo and Kazooie have a pretty average basic moveset with typical up-close contact attacks. One thing to note is that you’ll see a lot of wind-up time on these moves and in general attacks go pretty slow. Keep this in mind as you head in to face an opponent because you’ll likely be close to them for a while to do significant damage.

Neutral Combo – a few hits from (Claw Swipes) leading into the flurry (Rat-a-tat Rap). You can’t cancel out of the flurry attack so make sure the opponent isn’t blocking or else they can counter you on the last hit.

Rat-a-tat Rap (Back Air) – three hits from Kazooie behind Banjo. A great move to catch opponents off guard.

Beak Buster (Down Air) – A big slam towards the ground that does  a massive amount of damage.

Forward Roll (Dash Attack) – Forward Roll allows you to cover some ground when closing in on the opponent.

Beak Barge (Down Tilt) – If you want to poke from a fairly safe distance, you can use this to poke the opponent.

Bill Drill (Up Smash) – It’s a consecutive attack that hits the opponent upwards for multiple hits.

Bird Bash (Side Smash) – Banjo bashes the opponent by slamming Kazooie towards the ground. It has a slightly slow startup, but it will definitely hit hard when it connects with the opponent.

The specials that Banjo and Kazooie have are pretty useful projectile types, but Wonderwing is the one you’ll really want to master. While the neutral, up, and down special are all fairly common, the Side-Special, Wonderwing, will give your character a leg-up on opponents as long as you haven’t run out of golden feathers.

Egg Firing (Neutral Special) – Kazooie shoots an egg forward towards the opponent. When held down it activates Breegull Buster where Banjo shoots Kazooie’s eggs like a gun from her mouth. They get weaker as you shoot, so cancel it out by shielding or pressing down.

Wonderwing (Side-Special) – Banjo rush forward with Kazooie and will counter most attacks. It’s really powerful but has a moment of start-up. Fortunately for opponents Banjo can be blocked for an opening and can be grabbed if the opponent is quick enough. So be careful.

Shock Spring Pad (Up Special) – you can jump upwards with the shock spring on ground-level and can charge it to jump higher. The charge effect works less in mid-air, however Banjo is able to jump after using this special and has better recovery this way. The spring can also act as a projectile from above, and opponents can grab it if they’re quick enough.

Rear Egg (Down Special) – Kazooie lays an egg bomb out of Banjo’s backpack. It’s unique as it’s a projectile that launches behind Banjo, so set him up accordingly. Additionally the egg bounces toward the opponent. The timer on the egg is a bit slow so if you want to do anything tricky like grab the egg and throw it further, you have to do it fast as it will explode if you’re not fast enough.

Banjo and Kazooie’s final smash is an homage to the old games, from the days where these characters were seen on Nintendo consoles. This adds a great level of nostalgia to the characters and makes them an even more welcome surprise.

Mighty Jinjonator – Banjo summons the mighty Jinjonator in order to deal a ton of damage to the opponent. It’s the final attack that’s dealt to Gruntilda, so fans will recognize it.

The first thing to note with this new character is that it you’ll find it acts mostly as a bruiser.While the character is heavy and most all movements will be slow, something to keep in mind, the Talon Trot will move you with tremendous speed. So be aware that in a pinch you’ll have a limited amount of times where you can cover a lot of ground quickly. Banjo and Kazooie also have a fairly large hurtbox, which can become an issue when using the close-quarters moveset. The most important thing to keep in mind with this new character, though, is the golden feathers. These feathers are the limit to the amount of times you can use Wonderwing, which is arguably Banjo and Kazooie’s strongest point of play. You’ll have to keep a close eye on these as if you run out you’ll have a much harder time contending the rest of the match.

Overall this new character is a great way to see a Nintendo favorite, Banjo and Kazooie, come back to Nintendo consoles, but ultimately the character isn’t too exciting as a new contender in Smash. The moveset is fairly straightforward with nothing too incredible, but the Side-Special, Wonderwing, will definitely set this character apart in plenty of matches.