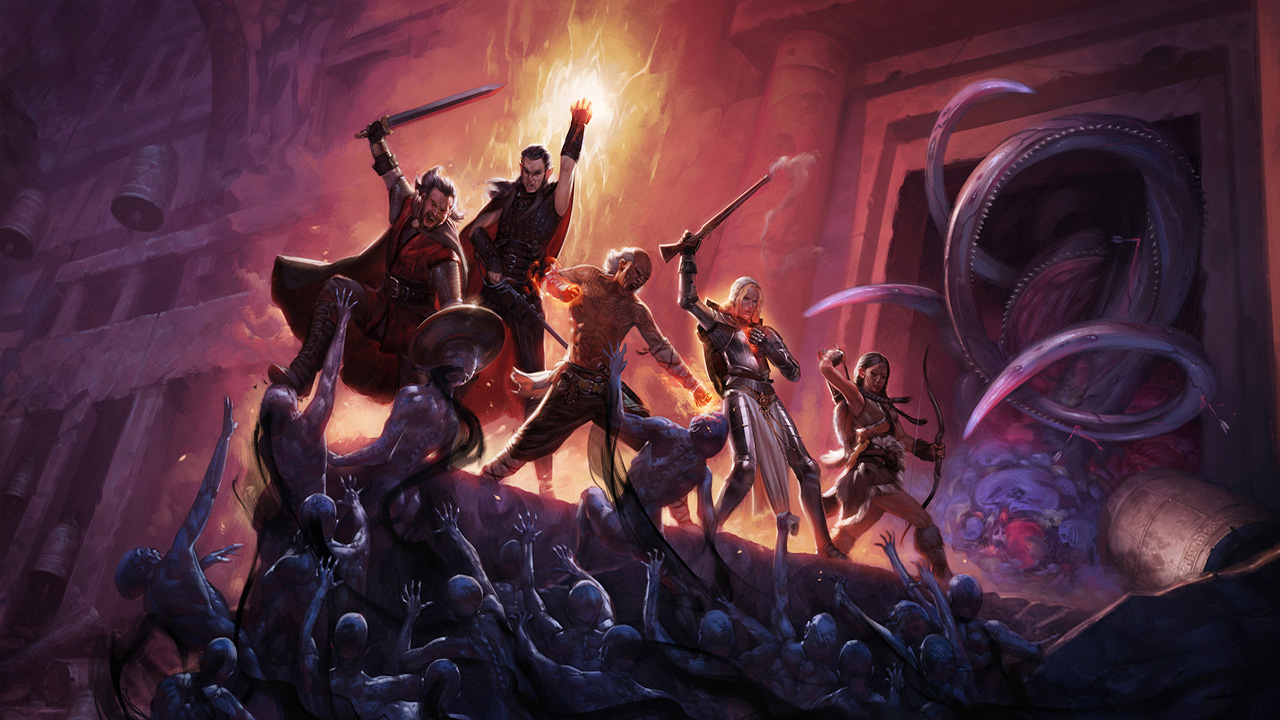 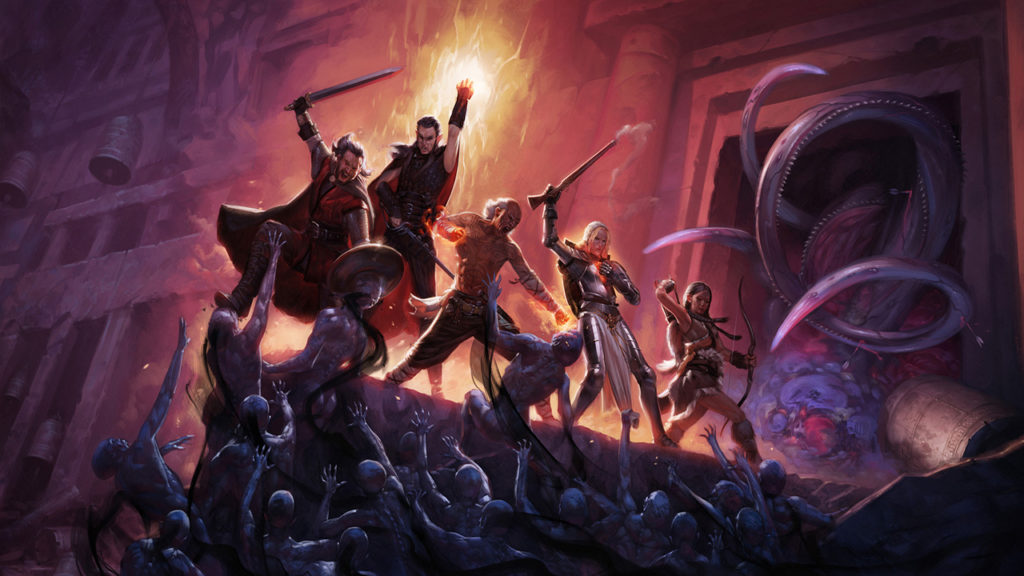 Pillars of Eternity on Nintendo Switch – Worth it?

The Nintendo Switch has made a name for itself in the past few years by having some incredible RPG titles, and now a classic is available for Switch owners: Pillars of Eternity. From games like Xenoblade Chronicles 2 to Undertale and Child of Light there is certainly no shortage of options if you’re looking for a polished RPG experience on the Switch. Recently another fan-favorite was added to this list though, and with a metacritic score of 84, Pillars of Eternity is sure to bring you hours of entertainment with gameplay that rewards multiple play styles.

History of RPGs on the Switch

When the Switch launched in 2017 it didn’t have too many titles immediately, but many people didn’t consider this to be too big of a problem considering the launch-day availability of Zelda: Breath of the Wild. This game is still considered by some to be the best RPG for the Switch although by other people’s opinion, it doesn’t really fall into the traditional RPG format. Whatever your stance is on BOTW being a “true” RPG, though, it undeniably was an incredible start for the genre on this console. With popular titles such as Xenoblade Chronicles 2 and Undertale releasing in 2017 and 2018 respectively, there have been plenty of main-line RPGs for the casual player or die-hard fan. With smaller games such as Stardew Valley, For the King, and Tangledeep being released throughout the Switch’s life as well there’s never a reason to complain about not being able to find a title you’d like. This strong RPG lineup does make sense, though, for a Japanese company such as Nintendo to have as we’ve seen a similar pattern with Sony and Nintendo’s previous consoles. On the Nintendo eShop, in fact, there are currently 379 titles listed under the Role-Playing genre for the Switch. With Pokemon Sword and Shield coming in November as well, another cult-classic will be joining the lineup.

Okay, so I know I’ve driven home the point that the Switch is very RPG friendly. In fact, I probably gave more examples than anyone would need to be convinced. The point in all of that, though, is to show that I personally find it a little bit odd that Pillars of Eternity took over 4 years to be ported for a console that has been such a hit with RPG developers.

Why a Port Took 4 Years

When Pillars of Eternity originally released on PC, Mac, and Linux in early 2015, it was received extremely well. In the first 24 hours of the Kickstarter campaign for this game there was $1 million raised. At the time Pillars of Eternity’s campaign ended, in fact, it was the highest funded video game ever on the platform. It seemed very logical with this kind of support, then, that a console port would at least be announced or looked into by Obsidian Entertainment, but originally this was not the case. Chris Avellone made the statement that “Those [console] limitations affect RPG mechanics and content more than players may realize,” continuing to rule out the possibility of any future console ports. After about 2 years, however, the PS4 and Xbox One received ports of the game that were once again received with open arms. So it seems then that for Obsidian, with this game specifically, it would be reasonable to assume about a 1 or 1 and a half year turnaround time would be needed to make a port. This is assuming that they didn’t immediately accept the idea of porting the game as they reported. The question that this naturally brings up, then, is why did the switch port take another two more years? It seems odd to make Switch a non-priority considering its good history with the RPG genre but perhaps the answer lies within that exact concept. The Switch has been widely known since even before it was launched to be very developer-friendly as far as ease of use goes. It seems most likely in Obsidian’s case that it wasn’t challenging to bring Pillars of Eternity to the Switch but rather they might have instead seen an over-saturated market. I personally think that it’s entirely possible that the developers over at Obsidian simply saw so many great RPGs on the Switch already being released by both Nintendo and 3rd parties that they simply decided not to make a port to the console a priority. They could have also assumed that most of their player base was held with in the green and blue teams, too. While we might never know the exact reason this Switch port took as long as it did, we’re certainly happy that we’ve got it now. 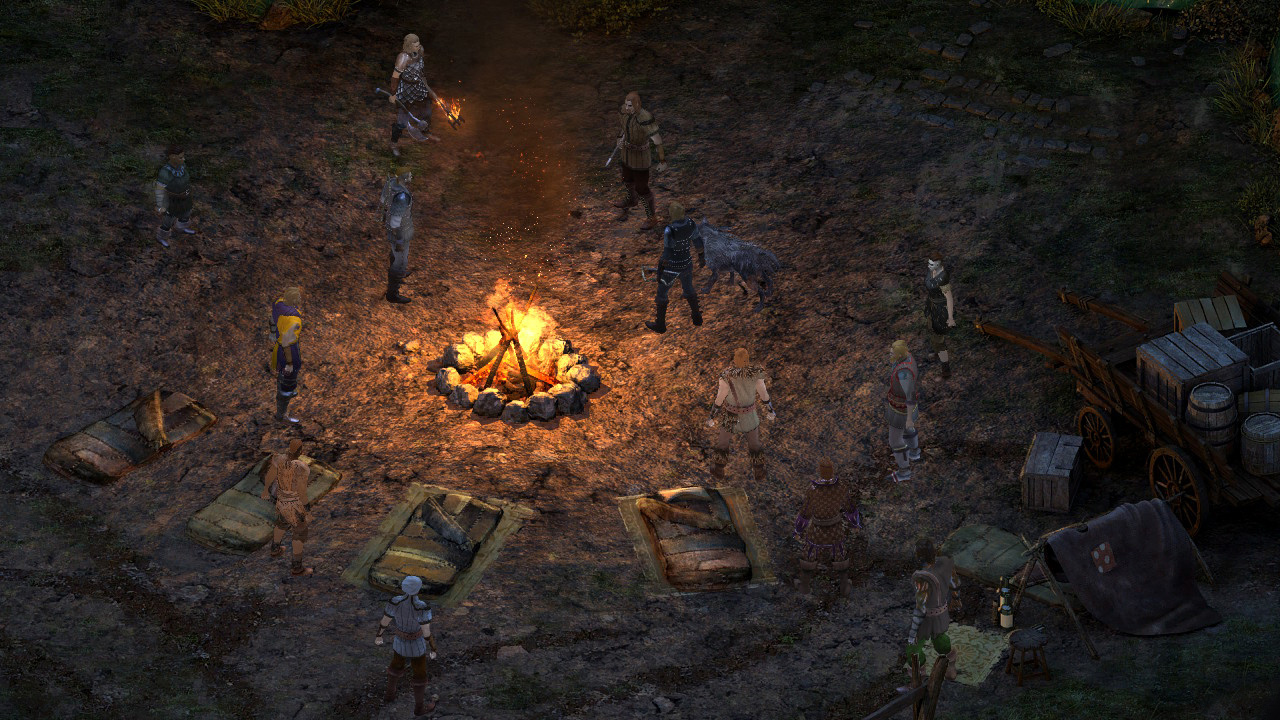 So now that we’ve got all of that out of the way we can move on to the game itself. Because this game is about 4 years old now I won’t go into excruciating detail because it’s likely you’re already a little familiar with what Pillars is about. As far as the story of this game goes, there is some truly incredible lore, and the background stories and world created by the developers is certainly a marvel. As is typical with many RPGs you play as a hero character that is the center of a conflict among a region filled with all sorts of enemies and friends. You travel around various nations in the world of Eora in search of the cause of a terrible plague that is causing children to be born without souls. Along your journey you will encounter various characters that will reveal how it was that you became the cursed hero that you are and what you must do to stop the plague, along with who is responsible for it. One particular decision about the development of this game that I particularly appreciate is the immersion you are allowed within this wonderful story as the combat system does not give your character any experience. This allows the player to focus on the narrative in a way that I think many RPG players look for. With great gameplay mechanics and an art style that feels just like the good ‘ol RPGs from your childhood, this game is really a work of art. I have no doubt that if you have any interest in RPGs in general or if you find yourself drawn to games with rich stories and lore that you will fall in love with this title.

While it’s probably pretty likely that if you’re reading this article you’ve already heard of or played Pillars of Eternity either on a computer or console, I felt like it was worth a second look as it was finally released on the RPG-saturated Nintendo Switch. I will say that if you own this game and have played it before anywhere else it doesn’t make too much sense to purchase a copy for $40 on the Switch, but it does have its advantages. The Switch’s ability to play on the go can be a great option if you find yourself on the subway or bus with some time to kill regularly, allowing you to enjoy this story in a whole new way. All in all this game has been a fan-favorite for a while now but I truly do love seeing it on my favorite RPG console now.

Do you think Pillars of Eternity should have released sooner on the Switch? Or maybe not at all? Feel free to let us know in the comments below!